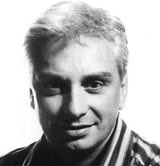 This time last year Pearlfisher had just opened a ‘little brother’ studio in New York – possibly one of the biggest and scariest steps the group has ever taken. At the time it was a blur of planning, transatlantic flights, strategic and logistical decisions, but it did feel as if years of talk had very quickly come to fruition.

Why do it? The consultancy had reached an optimum size for delivering creative excellence and project scope within the UK and we didn’t want to expand any further. Opening a studio somewhere else seemed like a realistic idea for growth, provided it complemented our creative culture.

Why New York? Sixteen years ago, Michael Peters asked me to be the creative director of his New York studio. Those years were probably the most influential of my career, working through the boom of the 1980s and bust of the 1990s, dealing with the shift from a UK design perspective to a world design perspective. The moral is: choose a location based on first-hand experience.

When we started Pearlfisher in 1992 we managed to retain strong links with some of the clients we had worked with and subsequently established a strong US and international design culture. This laid the foundation for our future plans. We knew our market before we established a base there.

Nine years later one of our key clients, retained since those early days, realised that his company was going to be bought out, so we discussed the idea of him becoming an agent for us. An agent can act as a stepping stone to a permanent base.

For the next two and a half years, Pearlfisher had an agent on the ground to cultivate new business. However, we soon realised that clients in New York were starting to demand hands-on and local creative presence due to the nature of the projects and that we were in danger of becoming victims of our own success. The demand for our skills dictated the step to set up a full-time ‘physical’ studio.

It sounds simple. Build on your existing client base, send some people out there, hire a few locals, Opening an overseas office

â€¢ Choose a location based on your experience

â€¢ Using an agent can be a good stepping stone

â€¢ Don’t just plan, but plan for the planning time

â€¢ Invest in the new environment

â€¢ Guide the office but let it establish its own identity

Over a six-month period the business plans for a studio in New York underwent so many revisions it was hard to keep track. Do we take staff, and who from? Pearlfisher UK? What do we offer to compensate for relocation? Can we do a straight exchange and pay a comparable salary in dollars as we do in pounds? Are we now one business or two? How do we operate financially? Where do we start looking for local staff? Where do we want to be located? Where can we afford to be located? There were problems with implications for partners, lawyers, visa applications and accountants. And no mention of design. If you don’t allow for planning time it can drain your resources.

Studio space was a fundamental first step – but you have to act fast in New York. If you like it, it will go. We selected the biggest, lightest, loftiest, most empty and most expensive of spaces. It needed everything. An accountant will tell you to keep down your costs, to get up and running with no overheads, and share space with someone. That’s OK if you want to work in a run-down, second-hand studio, but some of our clients are design-savvy, know the Pearlfisher culture and demand a level of style and substance. Invest in the right environment because people working for you have to be inspired and feel connected to the main business.

Our launch, scheduled for late spring, was finally pushed back to September. Whatever you do, throw a launch party – it’s a great way to build a name for yourself, develop business and motivate the team.

A year on and I am flying out to see the team of six, soon to be eight – a healthy mix of Brits and Yanks. The New York culture sees itself as a little brother trying to prove to its bigger brother that it’s doing OK by itself – and it is. However, as we have always operated culturally as one company, sending people back and forth to help out on workload as needed is a real plus.

The New York studio is developing a real sense of local ownership and we’re benefiting from a richer diversity of creative work and cultural swaps.

The biggest issue for us now – beyond sustaining business levels – is people and communication. Finding not just good people, but great people is the hardest challenge of all and this has always been harder in the US than here. But if you take great talent, motivate them, involve them and support them, then their own identity emerges and success will naturally follow. We are all driven by similar values and a true team effort has made it happen, for which I am very grateful.

Jonathan Ford is founder and creative partner of Pearlfisher