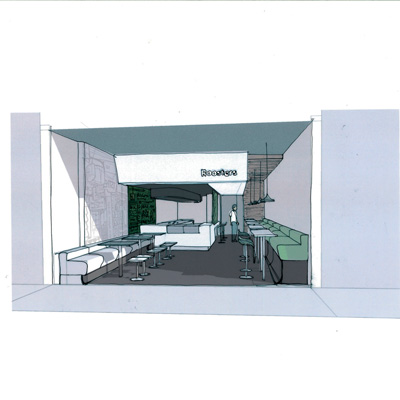 The consultancy says it was appointed about seven months ago, on the basis of its credentials on other projects, such as for McDonald’s.

Roosters Piri Piri creative director Bosco Almeida says, ’We were fed up with the way people think of fast food – it’s seen as dirty. We knew our food was healthy.

It’s a good product, but there were several things we needed to address, and the first was the interiors.’

SHH was briefed to create interiors that reflected the ’open, honest’ food offer, but that retained its appeal to predominantly young customers. It aimed to create a ’contemporary’, ’urban’ look and feel through materials such as concrete flooring and Iroko and oak wood.

Neil Hogan, SHH creative director, says, ’Because they operate their own restaurants they understand the practicality of design – they know what works and what doesn’t. They looked at the fast-food market and had a good understanding of the design criteria. They like the freshness of the work we produce.’

The new interiors concept will use an open ’theatre’ kitchen, allowing customers to see the entire food preparation process.

Red was removed from the colour palette to dissociate the chain from the usual visual associations with fast food. The new stores will use green, white and silver.

Hogan adds, ’We used a neutral palette – it’s quite simple, fresh and powerful. We wanted to make the food as central as possible.’

Designer and illustrator Almeida has created illustrationsto decorate the walls and designed all branding and graphics for Roosters in-house, including the website, which is also currently being revamped.

The first store to adopt the concept will be in London’s Southall and will open next week.

MPs say public spending cuts could be ‘disastrous’ for the arts

Real Studios goes out of this world for British Library show