Uncommon has developed a cookbook cover for plant-based food company Merchant Gourmet which can be planted at home, producing herbs as it grows.

The book is part of a wider strategy project led by the London-based design studio, which aims to encourage UK consumers to “help the planet one meal at a time” by making plant-based changes to their diets. 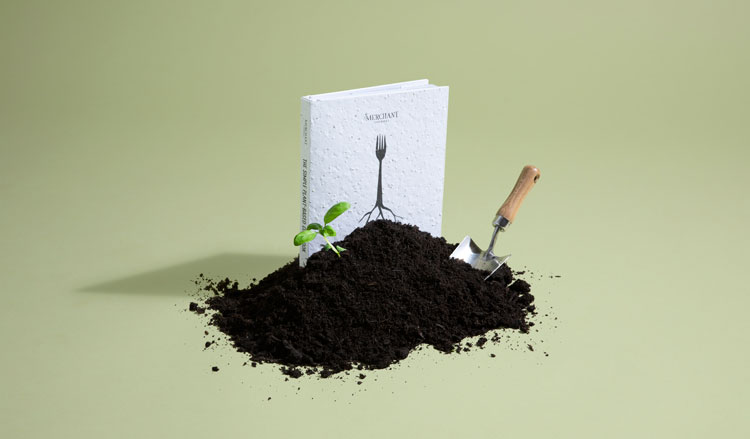 “Something physical and tasty”

Uncommon creative director Jonas Roth says launching a plant-based cookbook felt “like the right thing to do”. However, it was “not new news” and so the team wanted a way to differentiate this book from others on the market.

“We needed something extra to get the conversation going, so we came up with the cover to bring focus on ‘Appetite for Change’ [the brand’s new tagline],” he says.

Seeded paper has been used in branding projects in the past to grow flowers, according to Roth. But those included on the Merchant Gourmet cover will produce herbs when planted. He adds that the herbs produced are ones that can be used in the recipes in the cookbook.

“We thought it was a smart way to get Merchant Gourmet’s green dream manifested in something physical and tasty,” he says.

“A bit of a production puzzle”

The materials and processes needed for the project turned a “simple idea” into “a bit of a production puzzle”, Roth says.

“Everything used had to be organic as we’re asking people to put the cover in the ground,” he explains.

Sourcing the right paper with the right herbs was a challenge, Roth says. Additionally, an organic glue needed to be found to stick the paper sheets together, as the team was unable to source the paper in the exact size needed. An organic ink was also necessary.

“It was all handmade as traditional techniques could end up damaging the seeds,” Roth says. 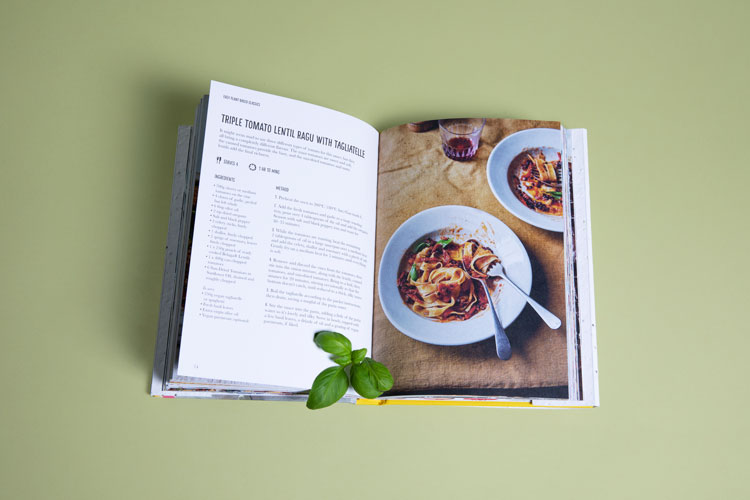 The design of the cover itself also reflects Merchant Gourmet’s new Appetite for Change strategy.

A symbol comprised of a fork in the earth is printed on the cover. Roth says the mark is a “powerful visualisation of eat vegetables”.

“It symbolises a simple action with a positive effect which will spread like roots,” he adds.

The rest of the cover is pared back, using only a black and white colour palette. It reflects the “simple” recipes within, and contrasts with Merchant Gourmet’s usually colourful packaging. 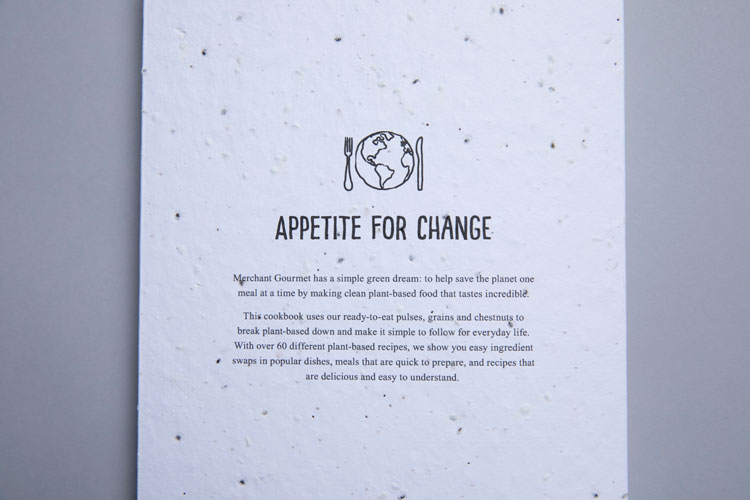 “Seeded paper with a positive message”

Roth explains the use of seeded paper could be rolled out further in the future.

“We have already had talks about rolling this concept of herb seeded paper out to other products such as recipe cards for supermarkets,” he says.

“As long as it’s useful and not damaging to the environment, I think using seeded paper with a positive message is a good thing.”