London consultancy Otherway has overhauled the branding for Morphy Richards, in an attempt to resist the “sea of sameness” in the household electrics market.

Morphy Richards was co-founded by product engineer Donal Morphy and his business partner Charles Richards in 1936. Since then, the company has sold an ever-growing range of household appliances, from kettles to toasters and coffee machines.


With that growth, the company had begun to lose some of its focus, explains Otherway founder Jono Holt. “The brief was all about finding the brand’s singleminded POV again and making it relevant to local consumers in places like the UK, China and Australia (among others)”, he says. The rebrand also comes at a time when people are becoming increasingly house proud, according to Holt.

The ambition for the rebrand was to recapture a distinctive identity for Morphy Richards among a “sea of sameness”, says Holt, as well as attracting younger audience who may be at the start of their home making journeys. 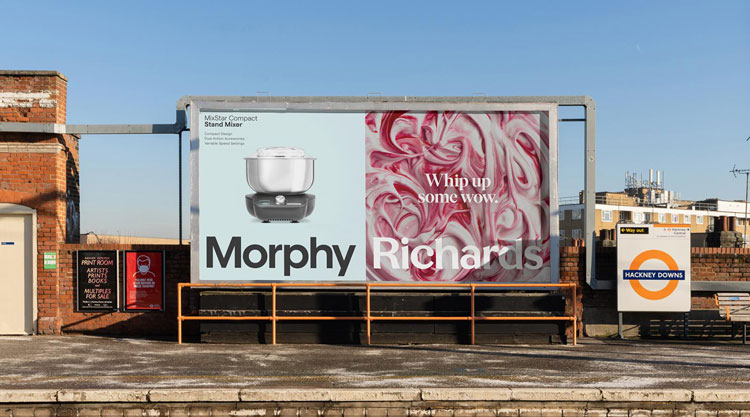 Otherway looked into the company’s history for inspiration, learning about the conflicting personalities of Morphy and Richards. “One was a product obsessed engineer and the other a consumer focused salesman,” Holt says – it was the “recipe for business success”.

This contradiction inspired the guiding principle of Happiness Engineered, which Holt describes as a celebration of the “tension of form and function”. This duality has influenced everything from the new packaging to the communications.


Lettering artist Alec Tear was tasked with developing two fonts for the new wordmark, which aim to reflect the founders’ two personalities. The Morphy font takes elements from the former logotype and modernises them to bring an “engineered authority” to the identity, Holt says. The Richards font meanwhile hopes to evoke “the character of the salesman”.

Both fonts have been used in the new wordmark. “The combination of the two fonts with two differing personalities that work in perfect harmony together is the purest expression of the idea in practice,” Holt says. The new design appears across packaging, product and communications, and it can also be animated. 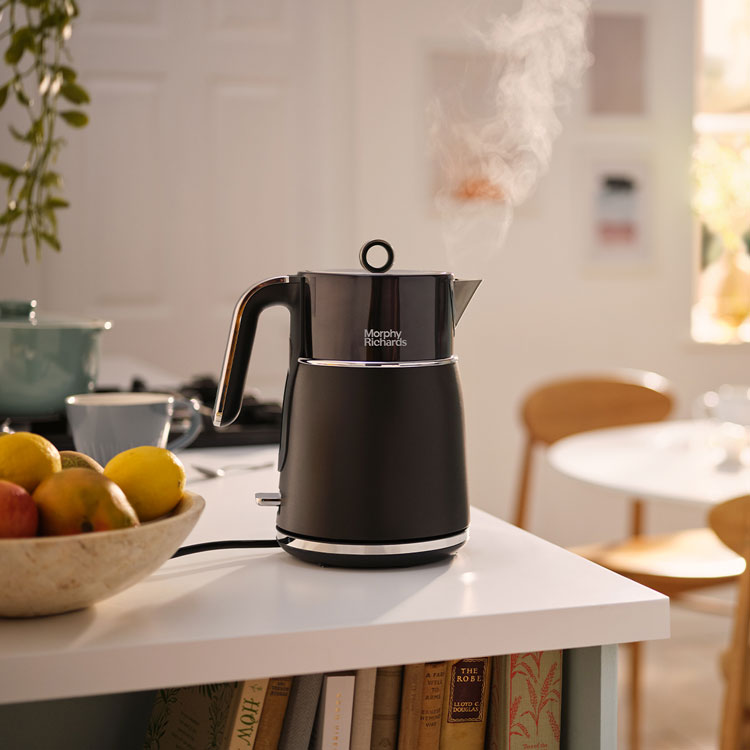 The illustrations also seek to bring lighter moments for the branding, something that can be missing from the sector. “They bring a warmth and light heartedness to Morphy Richards in a category famous for being a little too cold and serious,” says Holt.

The studio also dipped into the brand’s history to update the colour palette. A pale blue tone, from the Morphy Richards archive, has been chosen as the primary shade. It’s supported by brighter, home interiors-inspired hues. 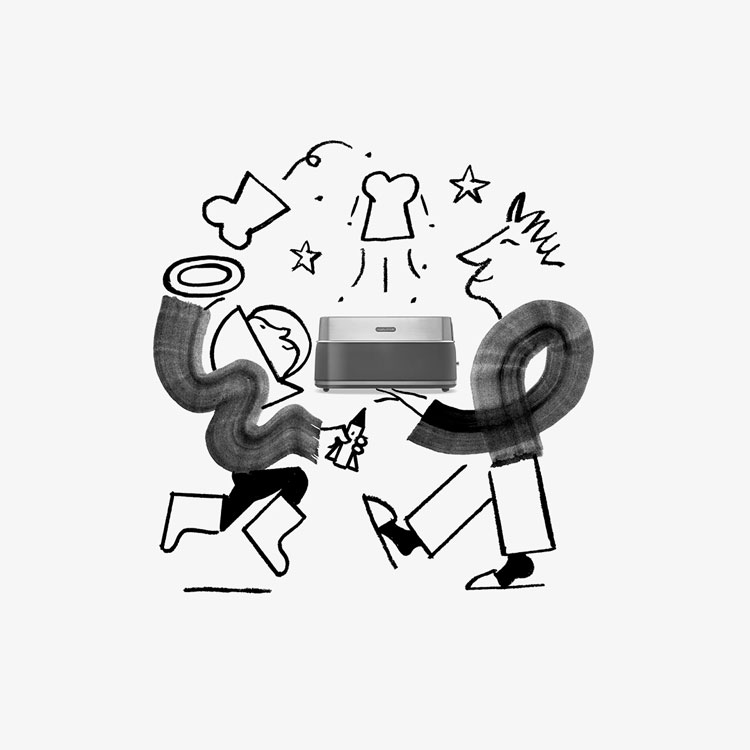 Packaging has also been given a fresh look, inspired by the brand’s redefined tension. Boxes are divided in two colourways, juxtaposing photography and drawings of products. “The brand is applied directly across the packaging design, slicing the product in two to celebrate the technical engineering detail as well as the human-focused product design,” Holt adds.

The new identity has also prompted Morphy Richards to redesign their range of products, according to Holt – “marrying form and function together to create innovative, affordable and accessible products.” 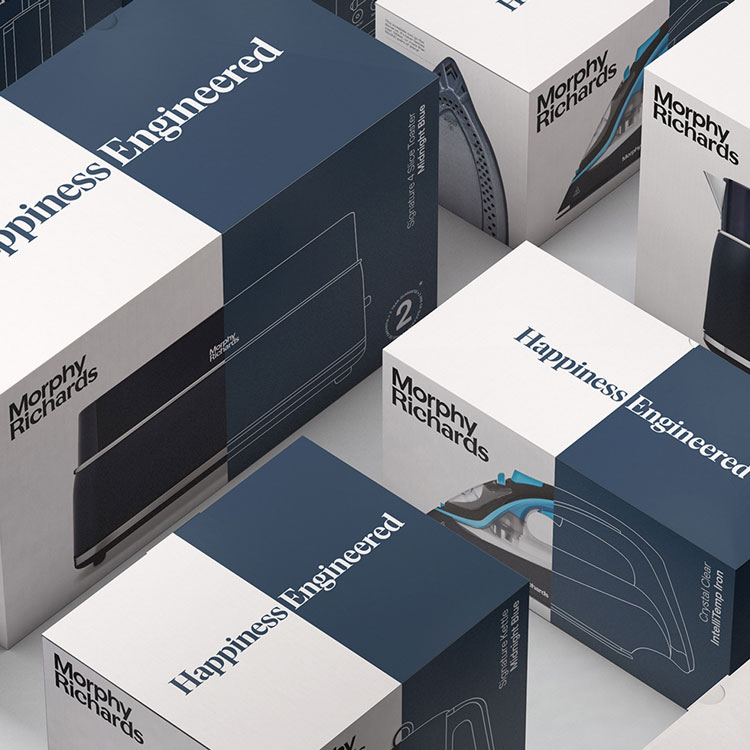 What do you think of Otherway’s rebrand of Morphy Richards? Let us know in the comments below.