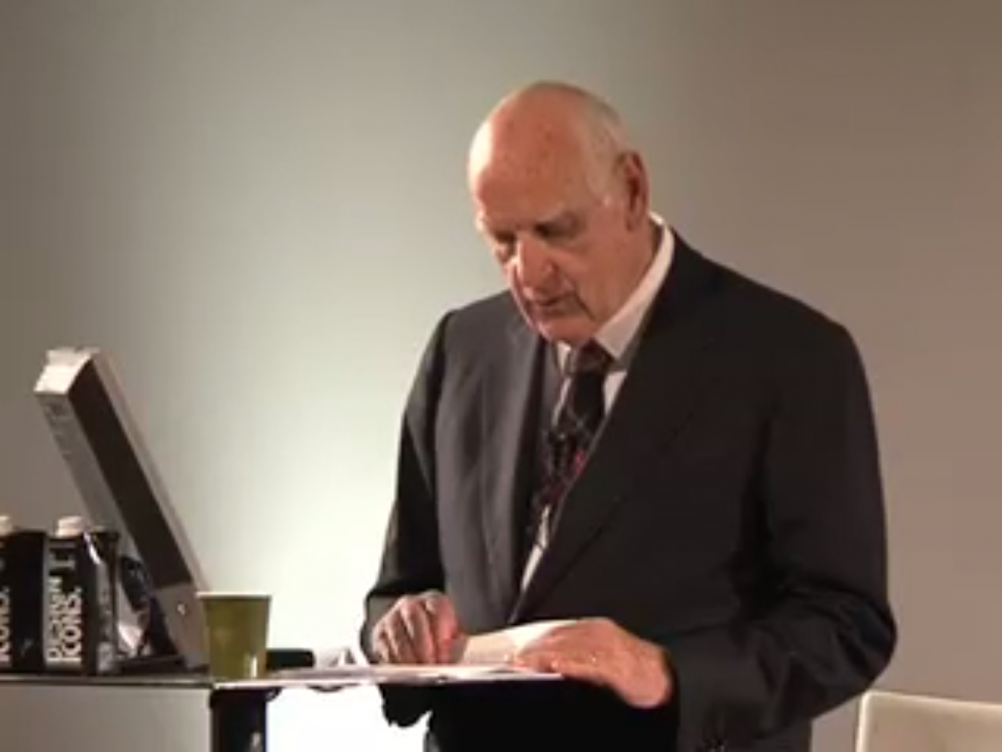 German-born industrial designer Richard Sapper, who worked on projects including experimental cars for FIAT, kitchen appliances for Alessi and computer hardware for IBM has died at the age of 83.

According to publisher Phaidon, which is set to release a monograph of Sapper’s work, the designer died on 31 December 2015.

Sapper was born in 1932 in Munich and graduated with a business degree from the University of Munich.

He began his career in the styling department of Daimler Benz in Stuttgart before moving to Milan, where he worked for architect Gio Ponti and also in the design division of department store La Riniscente.

In 1959 he began to work independently, on projects including radios for Telefunken and clocks for Lorenz.

Sapper also formed a collaboration with Italian architect Marco Zanuso – some of the products they developed for Italian electronics company Brionvega are still in production today.

During the 1970s Sapper worked as a consultant on experimental cars for FIAT – where one of his concepts was for a car with a flexible skin designed to reduce impact in collisions.

In 1980 he became chief industrial design consultant for IBM, creating the design for the first ThinkPad laptop computer in 1992.

Sapper’s designs for Alessi include the Bollitore whistling kettle and the 9090 stovetop espresso maker.

His other clients include Artemide, B&B Italia, Knoll and Pirelli and his work is shown at MoMA in New York and the Victoria & Albert Museum and the Design Museum in London.

In this Design Museum presentation from 2008, Sapper talks about the development of some of his key projects:

Design in 2016 – what will the retail sector look like?