French designer Mathieu Lehanneur’s solar-powered street furniture, called Clover, will be installed throughout the western Poitou-Charentes region of France by the end of this year.

Clover was commissioned by the president of the Poitou-Charentes region, Ségolène Royal, who is also the French minister for ecology, sustainable development and energy. The region has purchased nearly 200 of the designs, and may add more in the future.

The outdoor multi-use configuration comprises a solar-powered tree-like street lamp with an accompanying bench—a horizontal branching tree stump that can be made up to 15 metres long if the location allows for it.

“I wanted to find a process and material in order to make a similar type of construction but adapt it to the city or different streets of the city,” says Lehanneur. “The height of the streetlamps, the numbers of lights, the length of the bench—all of this can be adapted to the environment.”

The top of the street lamp supports two large aluminium domes holding downward-facing LED lights. The downward angle of the domes minimises light pollution and energy loss by directing the light to where it will be used.

A third dome, facing upwards, uses solar panels to produce enough energy to power the lamps for three hours. A small hatch in the lamppost enables passers-by to charge their smartphones. The structure combines electricity and solar energy to power the lights through the night. 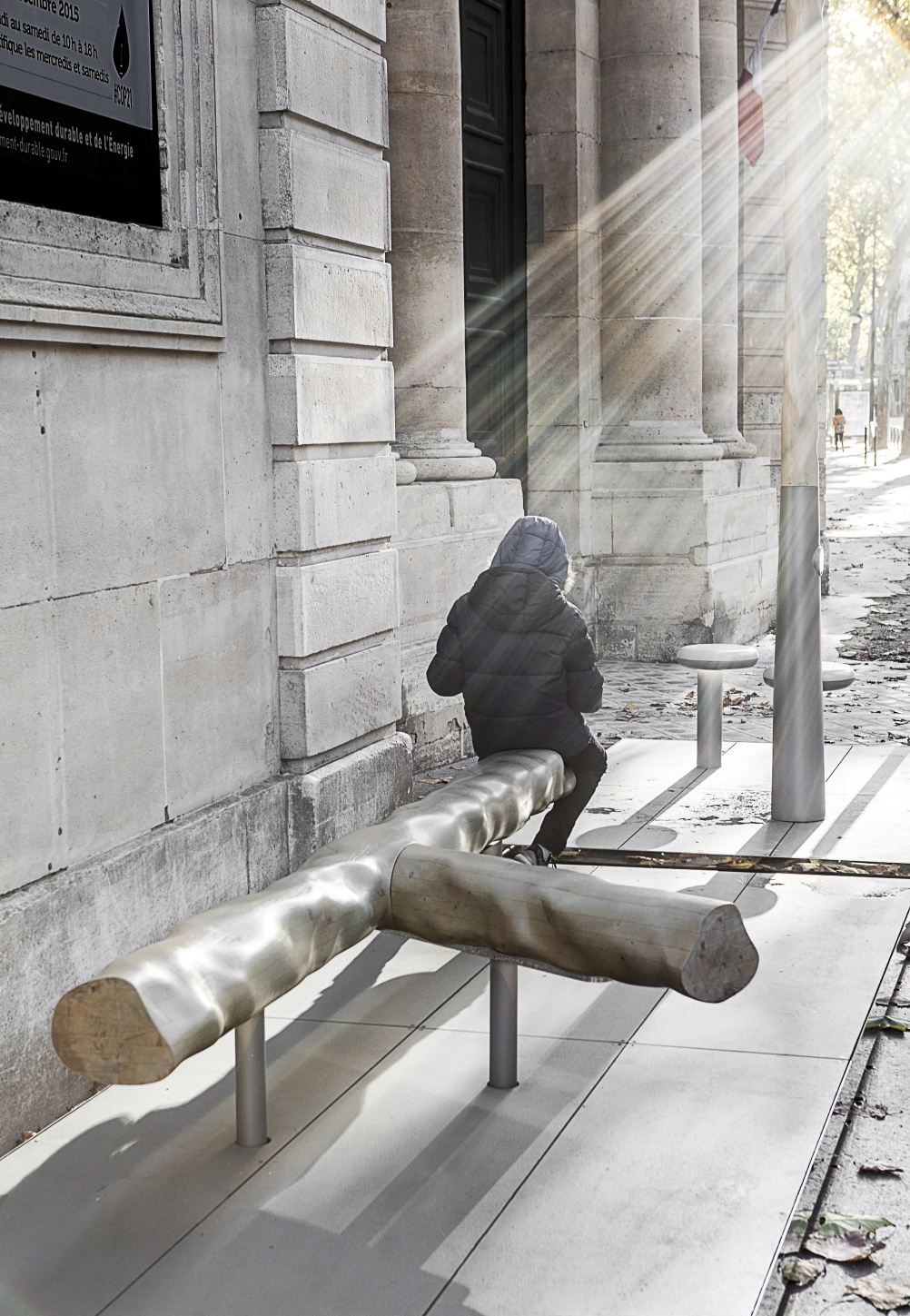 Although the lamp looks as if it had been hand-carved from wood, it is digitally manufactured using an industrial process that blends different types of wood. Lehanneur decided upon this method with an eye to sustainability.

“The idea for this project is to combine a global vision about sustainability but also local approach in terms of manufacturing,” says Lahanneur. “To grant the opportunity to different cities and regions to use different woods and get their own streetlamps according to the wood in the region.”

Clover’s common materials and industrial design keep the costs for production low, in hopes of making the design accessible for cities to purchase and use.

“We wanted to keep [Clover] within a budget and balance it in comparison to existing products,” says Lehanneur. “It would be absolutely stupid to make it expensive. We worked hard to combine aluminium and wood and find out a process that allows us to sculpt the wood to look like it’s made by hand.”

A reminder of the natural world

Lehanneur drew inspiration for Clover from his 2012 project Digital Break, which comprised a series of Wi-Fi stations in Paris where people could sit to use their laptops or access information on a large screen built-in screen

“I wanted for the same thing for Clover that I wanted with Digital Break— that you do not feel that a new object has been installed into the street, but just like a flower that would grow overnight, I want the object to feel absolutely natural in the context,” he says. “It is a way to remind you that just under the floor and before the city, the natural world existed.”

The prototype of Lehanneur’s solar-powered street lamp with its accompanying twig-shaped seating is on display outside of Paris’s  until the end of this month. It was installed for the 2015 Paris COP21 Climate Conference in December. 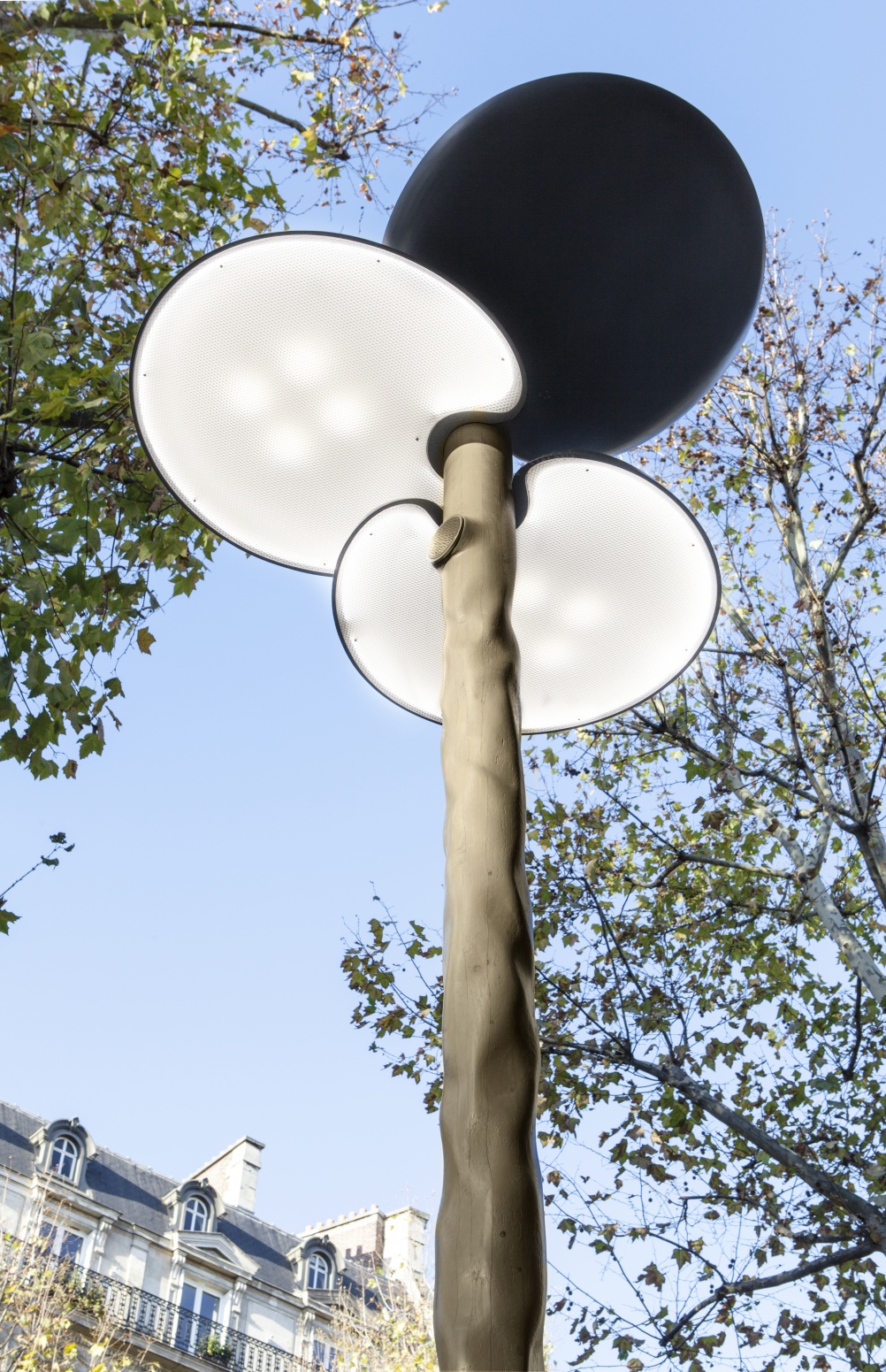 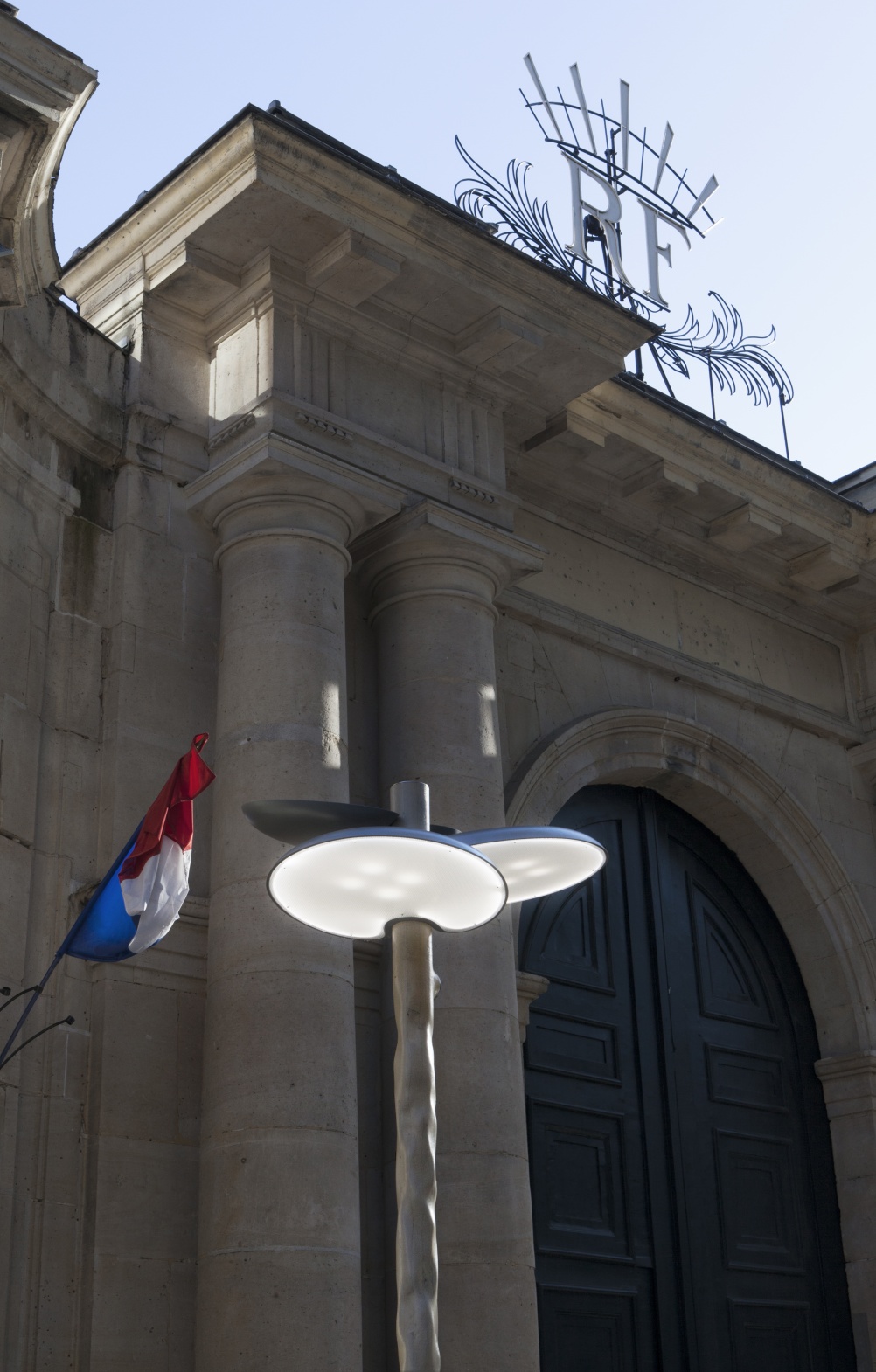