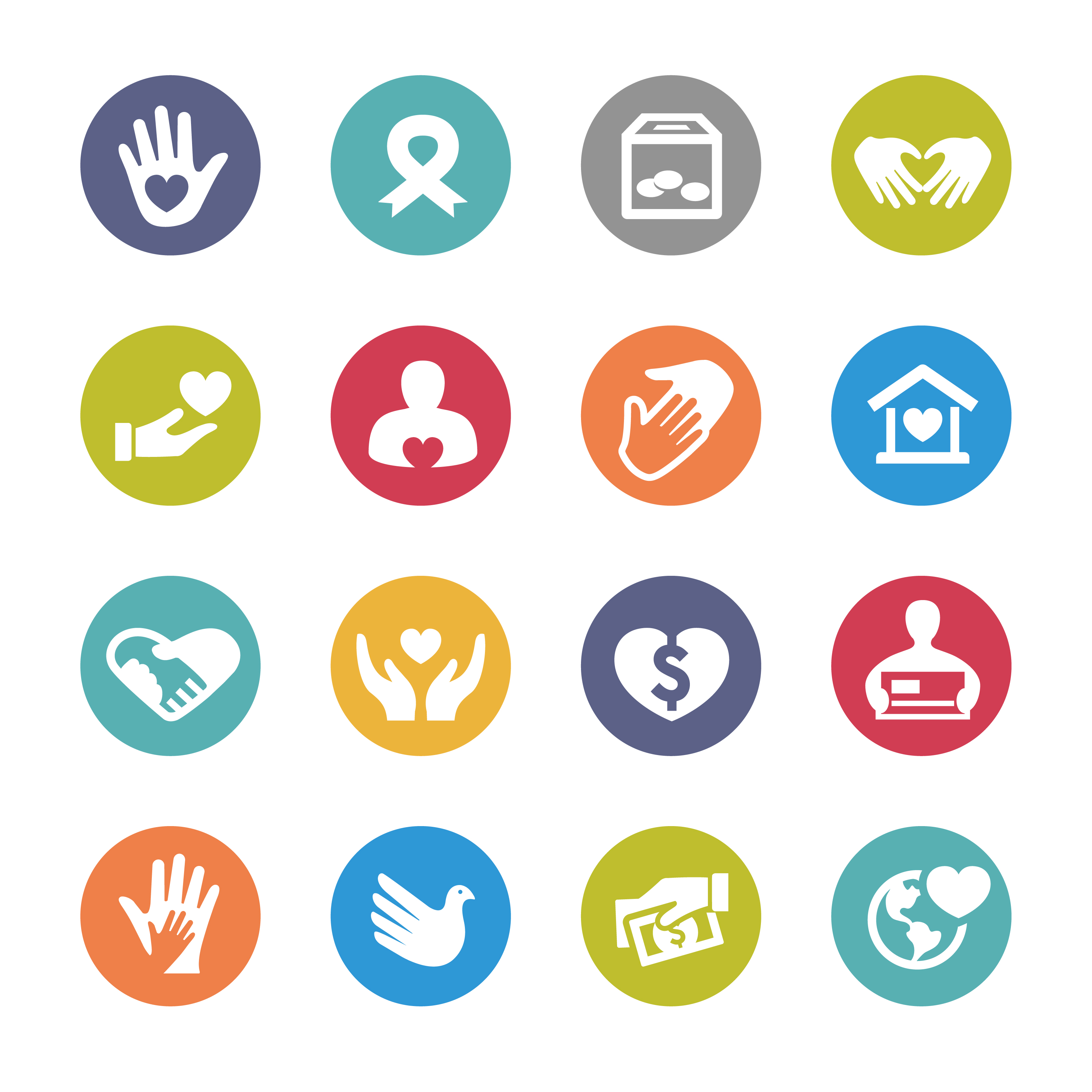 It’s been a tough year for charities. According to a report by the Charity Commission, their reputation has collapsed. We’re uncomfortable with their aggressive fundraising, we distrust how they spend our money and we have doubts about the difference they make to the causes we support.

Design can’t change the way charities behave. But the connections they make with us are what creates trust, so their need to communicate well is greater now than ever.

What’s with all the fake kid’s drawings?

It’s been decades since charities first latched onto the importance of identity so why does the sector still look like a design scrapyard? Why is it awash with clichés and me-too design? What’s with all the corny people icons, fake kid’s drawings, and vacuous, clipart-like symbols? Why are so many charity identities mind-numbingly ordinary if not downright garbage?

A shortage of half-sensible budgets is one reason. But there’s more to it than that. Charities do themselves all sorts of disfavours. They like jumping on bandwagons. They’re inclined to imitate rather than embrace ideas that are individual to them. And they want to be loved by everyone, which can make impossible demands on their communications.

Trustees that know nothing about communications

What’s more, charities can be exasperating to deal with because of their governance and the “democratic” way they’re managed. Trustees usually have the final say on a new identity, but they generally know little or nothing about communications so their opinions can be irritatingly subjective.

So here’s how to survive in the curious world of charity identity and how to go about conjuring up work that invites people in and makes them want to know more.

You know who you are. You use words like differentiation, touchpoints, behaviours and learnings. Time and again, gibberish is passed off as “brand insight” and the upshot is work that’s not what it’s cracked up to be. Quit trying to bamboozle people and do your job properly. If you expect charities to behave with honesty, integrity and straightforwardness, you should too.

Listening is the most important thing designers do. Everyone’s got stories to tell so listen to trustees, listen to management, listen to staff and listen to volunteers. You only learn things when you listen.

In the creativity game, you’re not a player unless you’ve got an opinion. Be single-minded. Don’t waste time trying to please everyone. Be crystal-clear about what you need to do and get on with it. One bloody good idea is all it takes.

Charities are increasingly risk-averse. Consultation and research are used to lessen the risk of failure rather than boost the chance of success. Design should be about the sheer joy and excitement of doing things that haven’t been done before. So if you want your work to be truly unforgettable, you’ve got to be daring and you’ve got to trust your intuition – it’s always right.

Don’t take no for an answer

Intelligent, idiosyncratic identities can be hard to sell because they drag people into their discomfort zone. Charities are inclined to resist ideas that rock the boat, so design that’s never going to get noticed usually wins the day. Don’t let it happen. Gutsy, ballsy, feisty ideas are what charities really need and it’s up to you to make sure that’s what they get.

I’ve said it before and I’ll say it again, this is my formula for an unforgettable identity. It has to be idiosyncratic; that’s to say, everything an organisation says and does and the way it looks should be so individual and characteristically ‘them’ that they just couldn’t be mistaken for any other. It’s those idiosyncrasies that need to be uncovered, given form and voice, and ruthlessly protected.

John Spencer is the founder and creative director of Offthetopofmyhead