Step into Somerset House’s Terrace Rooms this month, and you will be accosted by a mish-mash of colourful, eclectic and in some places downright bizarre print magazines lining the walls and display cabinets.

The exhibition is Print! Tearing It Up, a tribute to roughly 100 years of the UK’s independent print magazine history, from the very first issue of political satire Private Eye through to feminist and ethnic minority titles of today like Gal-dem and Burnt Roti.

The show, spread across three rooms, has been co-curated by Paul Gorman, journalist and writer of a recent book published on cult, 1980s culture magazine The Face, alongside Somerset House’s Claire Catterall, with graphic design by Scott King. 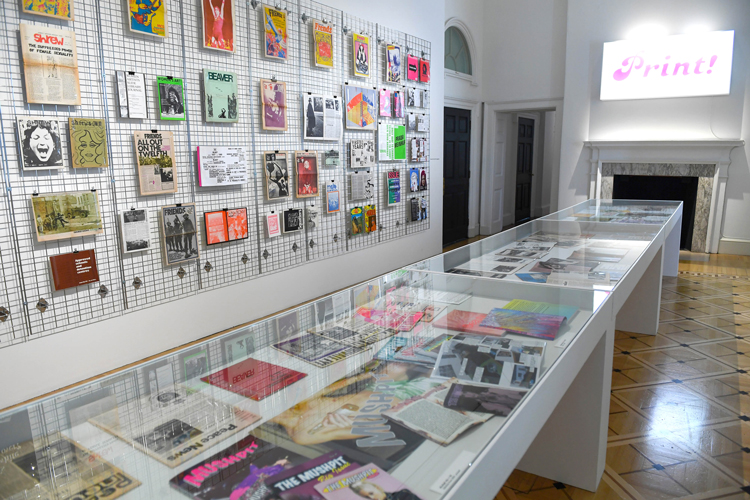 Containing roughly 300 magazines, the show is ordered thematically across subjects like culture, including film, music and food, architecture and design, politics and protest, and social issues like diversity, gender and sexuality.

Roughly half are contemporary and half are historical, with many coming from Gorman’s personal collection. The idea was to be representative of as many different groups as possible, while avoiding a “definitive, male, elitist” stance of including very particular issues of certain magazines, he says.

While all different, the theme tying these independent magazines together is that they are provocative or outrageous in some way, or simply do things differently from the mainstream press. 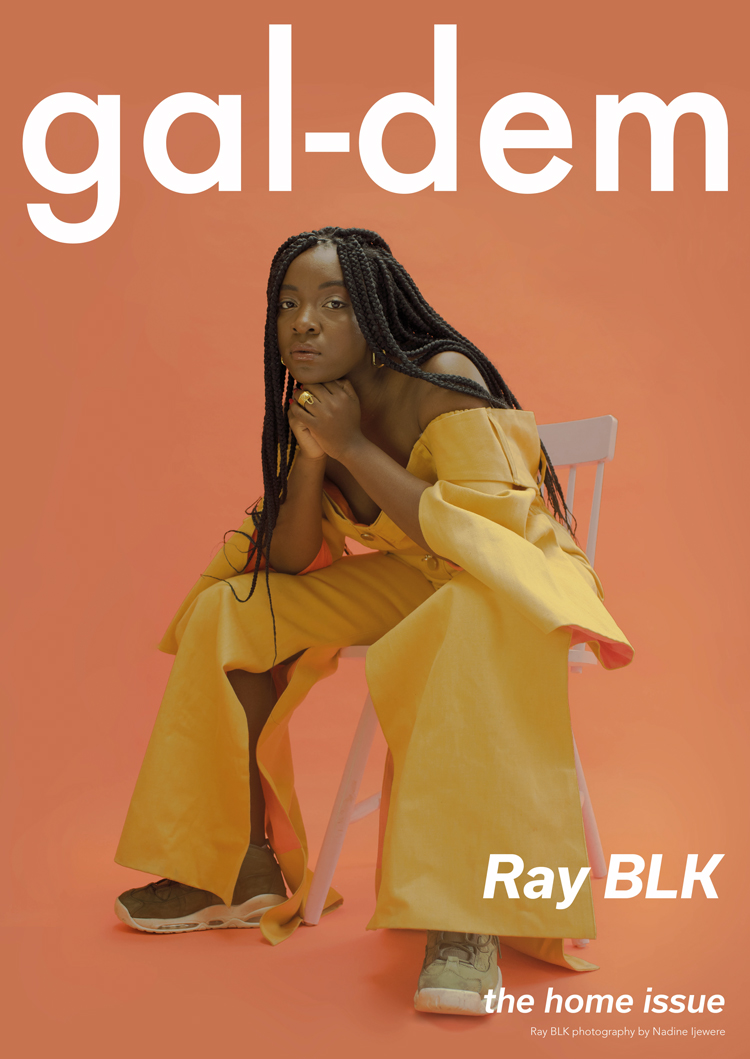 “We wanted to include magazines that have an oppositional stance,” says Gorman. “Whether that’s The Gentlewoman, which makes quiet statements about womanhood through its editorial content, or Gal-dem and Burnt Roti, which outwardly discuss identity politics.”

Another similarity is that all these magazines value the design and layout of the printed page. “There’s something about print which has integrity and means it has to be considered,” adds Gorman. “It’s quite easy to put things up online and feed the beast. But if you commit to print, especially a do-it-yourself attitude, you consider everything, from graphics, text, format and presentation to paper type.”

It’s obvious that may modern-day independents have been inspired by the period of make-shift, do-it-yourself dissidence that dominated the magazine industry in the 1970s to 1990s. Delayed Gratification, with its backlash against fast, clickbait news, and Gal-dem, with its spotlight on women of colour and rejection of mainstream, white-focused media, show signs that print is experiencing a resurgence in the most impactful and activist way.

“There has been a move towards young people, millennials if you will, particularly women, making actual, physical magazines,” says Gorman. “I think it’s a reaction to the dryness of online communication and a rediscovering of the permanence of print.” 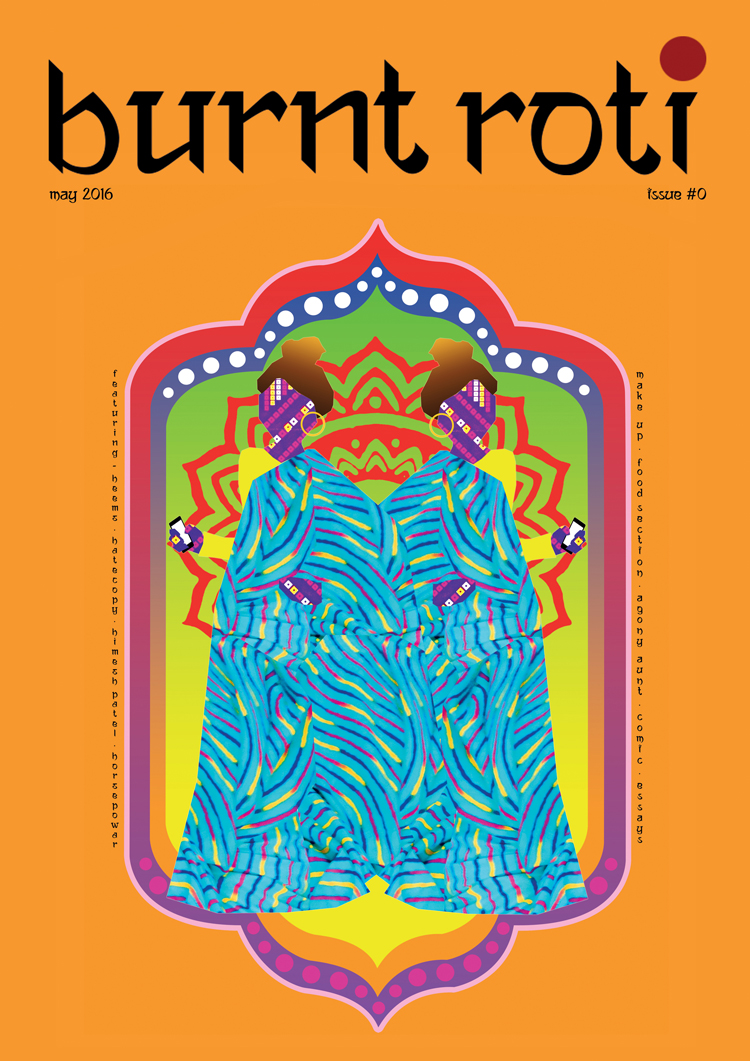 As well, small independents appear to be thriving because of their progressive attitudes, while media giants flounder, he says. Independents have an open-minded approach to what “journalism” or “publishing” involves, expanding their brands beyond writing to fashion collaborations, conferences, club-nights and more.

“The model for big corporations has failed,” says Gorman. “Small, mobile, intelligent independents have come up with formulas for surviving by building in other activities – while investors in big companies just cut magazines because sales have gone down and they feel they are wasting money.”

Of course, Gorman is the first to admit that magazines that were once revolutionary, provocative and different have turned to the mainstream. Time Out is a key example, which started out as a non-mainstream view on politics, and has essentially turned into an advertising and listings rag for London. 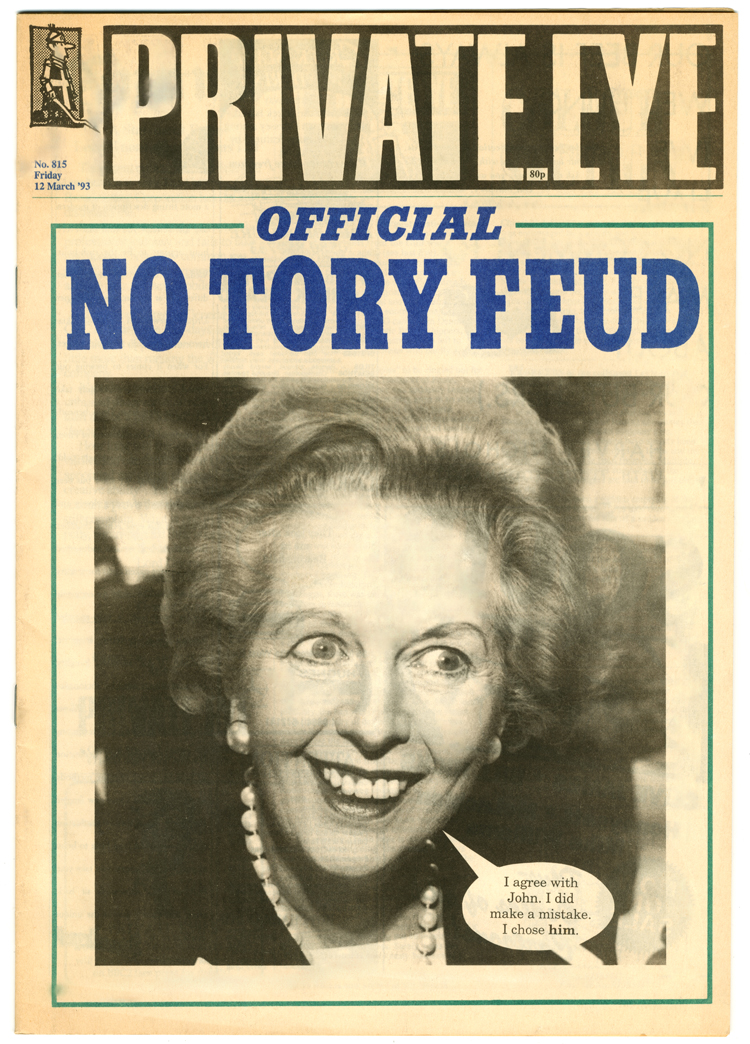 Some have retained their edge, though. Private Eye started out as a satirical and investigative journalism magazine, and is still popular today for its subversive yet palatable style, to the point where it currently sells 250,000 print copies every fortnight.

In terms of the exhibition space, the show is spread over three rooms and a rough-and-ready display means there are no frames – magazines have been slung up on metal grids across the walls, or arranged in a dishevelled manner in display cabinets.

“Once you frame something in an exhibition, it loses all life,” says Gorman. “It’s like a butterfly pinned down. These metal grids show original magazines going back to the 1930s.” 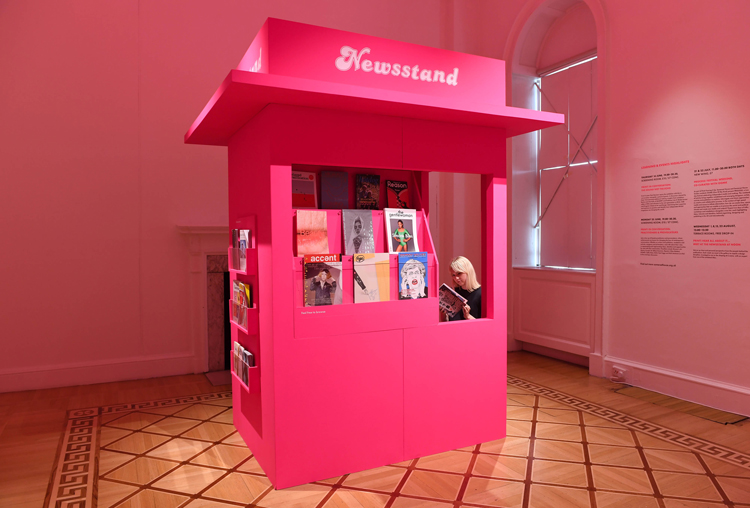 A huge mindmap sprawls the wall of one room, detailing the connections between different magazines that have come out of independent British print publishing. Another room features a fuchsia pink news-stand, where visitors can pick up and flick through a selection of 40 contemporary publications. This bright pink weaves its way throughout the whole show, including the entrance sign, which is illuminated within a light box.

There is no escaping the punky, bold aesthetic of the show, which hits visitors in the face as soon as they enter. The unframed magazines coupled with the bright palette makes the exhibition feel like it’s shouting, and gives it a sense of freedom and open-ness. 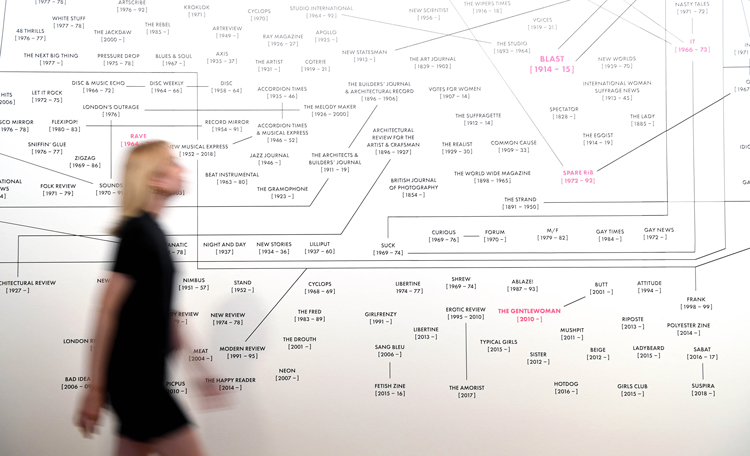 Through this, the design of the space represents what the show is about – freedom, an non-elitist culture and a rejection of mainstream media, politics and attitudes.

“This show is all about DIY – do-it-yourself,” says Gorman. I’m currently writing a book about Malcolm McLaren, the Sex Pistols’ manager, and he says that punk isn’t about cord trousers and safety pins – it’s about DIY, and being anti-corporate. The main lessons of this exhibition are not to bow down to corporate-ism, and to do things yourself.”

Print! Tearing It Up runs 8 June – 22 August 2018 at Terrace Rooms, Somerset House, Strand, London WC2R 1LA. Entrance is free. The exhibition will be accompanied by a series of talks and workshops around print design and protest. For more information, head here. 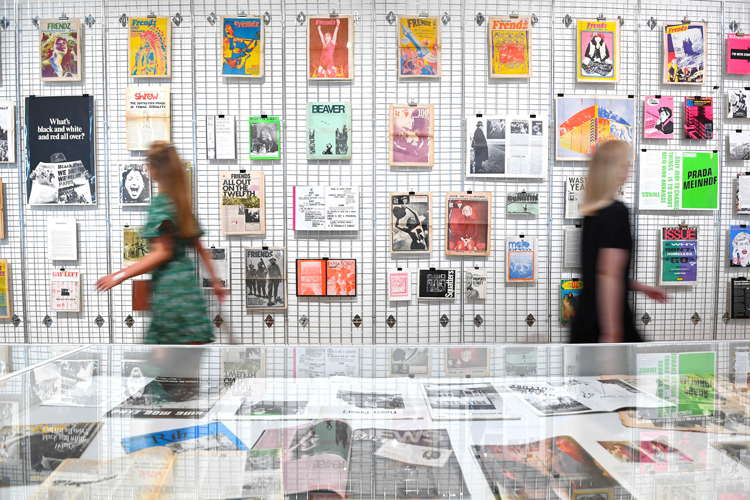 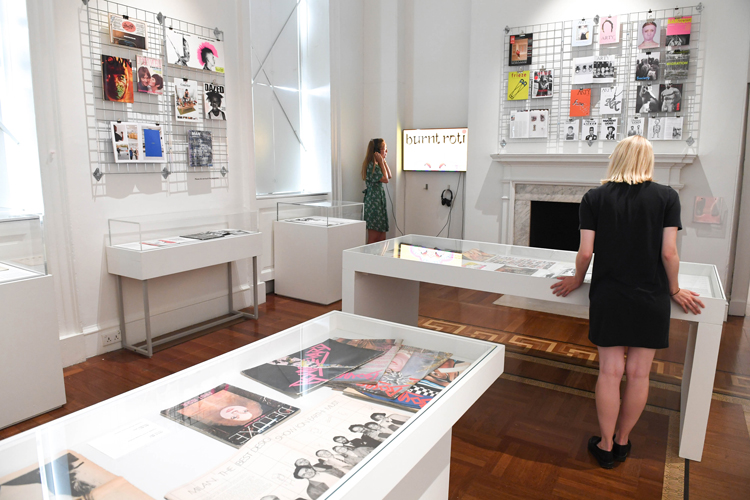