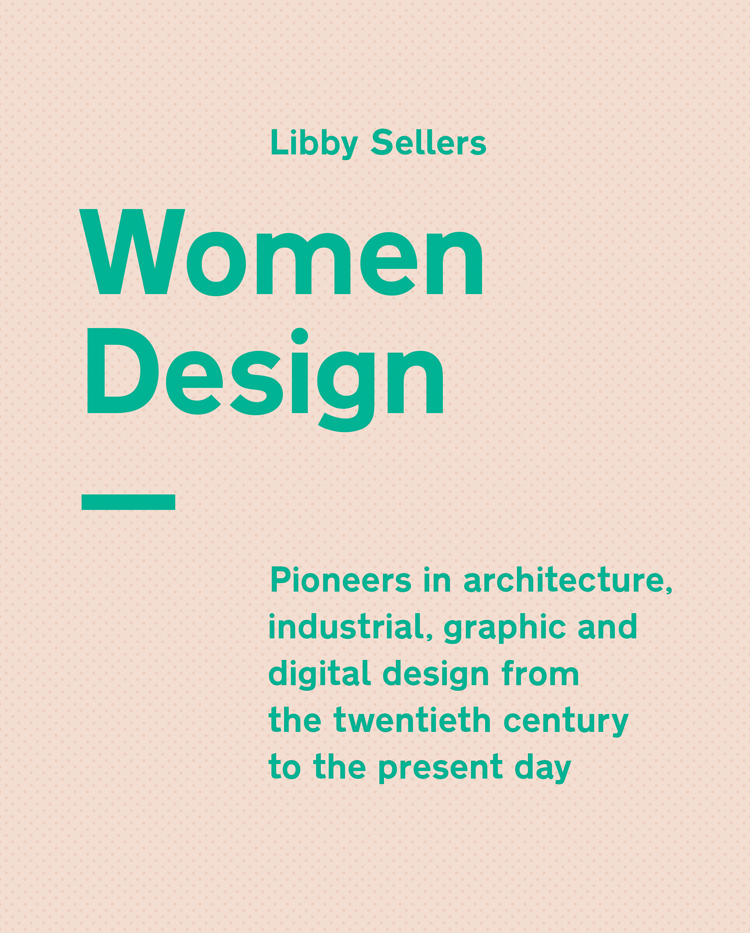 “Design is, and always has been, a patriarchal industry,” says Libby Sellers, author of new book Women Design. “Women are outnumbered by their male counterparts. There is a need to redress this balance.”

Sellers is a design historian, curator and writer, and was previously curator at London’s Design Museum, a role she held for 10 years. Turning her hand to gender equality in the industry, she has written a book called Women Design, which profiles 25 past and present female designers who have contributed to design over the last 120 years, set to be released this month.

The book is timely – the last two years have seen countless international women’s marches, the Time’s Up and #MeToo campaigns against sexual harassment, exposure of the gender pay gap and the centenary of women’s right to vote. But despite campaigns, protest and upheaval, Sellers thinks that the design industry specifically has not seen enough progress.

Women could not study art and design until 1920s 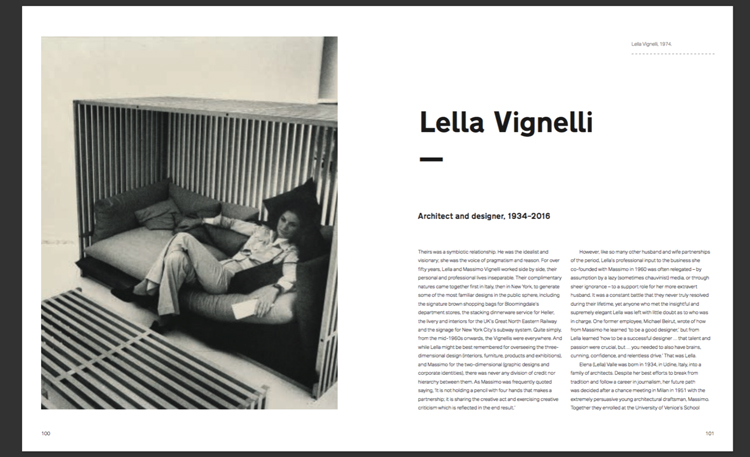 Traditionally, the field is male-dominated. Generally, women were not permitted to study design at university until the 1920s, after progressive colleges such as the Bauhaus in Germany opened and allowed female students. Even still, gender roles were defined, as most women specialised in ceramics and weaving, while men stuck to architecture, industrial and product design, and later graphics.

Today’s statistics reflect how the industry is still far from equal – women are studying design but losing out on jobs to men, particularly senior-level roles. Research from Universities UK conducted in 2013 found that over 60% of students taking creative arts and design were women, yet a report completed by the Design Council in 2015 found that women make up less than a quarter of the workforce. The 3% Movement, a campaign group for equality in design, also previously found that only 3% of creative directors are women.

“There are all sorts of reasons we are losing women between study and industry,” says Sellers. “Women’s life choices and becoming mothers, silent stereotyping and discrimination, gender pay gaps, all of which make the workplace a less-than-ideal environment. Women also tend to not put themselves forward as much. That’s why I’ve recognised that inequality, and sought out women to tell their stories.”

A diverse range of designers’ stories

Those featured in Women Design span architecture, industrial, graphics and digital, and include historical figures such as furniture designer Ray Eames and textiles artist and printmaker Anni Albers, through to Es Devlin, known for her dramatic stage sets for Kanye West and Adele, and architect-turned-scientist Neri Oxman.

From the traditional to the pioneering, the women in the book aim to represent a diverse snapshot of female designers. The time span of the book is around 120 years – from the early 19th century, when women were first able to work in the industry.

“I was keen to include a good balance of known and unknown names, different nationalities and different disciplines,” says Sellers. “I also wanted to look at other reasons aside from gender bias that they have not received the acknowledgement they deserve, like race or political concerns.”

Examples include the women who studied at the Bauhaus, whose careers were cut short after the school was closed by the Nazis, and Italian-born, Brazilian-based architect Lina Bo Bardi, who suffered from the political dictatorship that took hold of Brazil in the 1960s, and as a result did not receive the acclaim she should have. 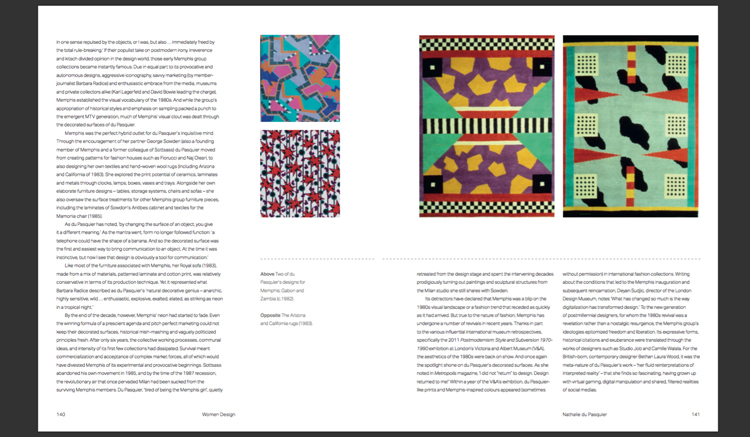 While the book looks to shine a light on those who have not been recognised, it also looks to celebrate those who have, says Sellers. While figures such as Eames struggled with being masked by a successful husband-wife design partnership – working alongside her husband Charles Eames – modern-day figures are leading in their fields and breaking new ground.

“Late graphic designer Muriel Cooper was renowned for moving from two-dimensional design to computer interface design,” says Sellers. “And Neri Oxman combines biological and scientific research with architecture and art. There are no gatekeepers or barriers preventing someone from moving forward when they are writing their own rule book. These women were, and are, dealing with a brave new world of pioneering.”

The design of the book symbolises statistics 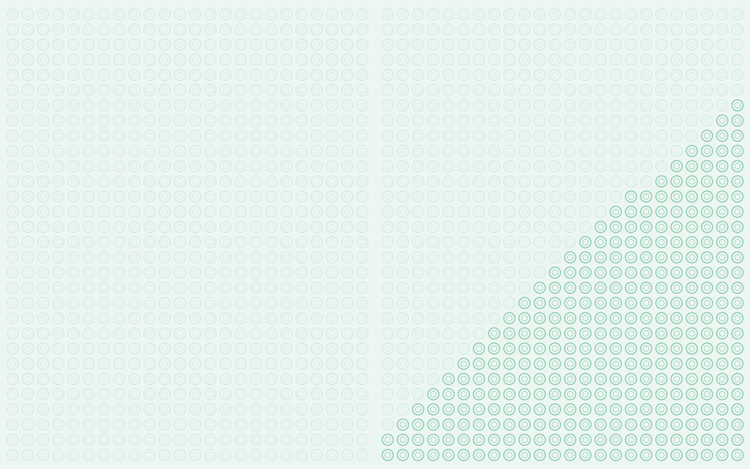 Thought has also gone into the book design to subtly represent women’s lack of representation in the industry – the inner covers feature a green dotted pattern, with some dots appearing faded and some clear and stark. The dots symbolise statistics of women to men in design.

These dots also feature on the front cover in the form of small indentations, and the typeface chosen for the title is Margaret Calvert and Jock Kinneir’s Transport typeface, originally created for British road signs, while the inside copy is set in typeface Arabesque Grotesque. A pink and green colour palette has been incorporated to help the book look “sharp” and “stand out on the bookshelf”, says Sellers, as opposed to referencing gender stereotypes.

How can we influence design leaders to hire more women?

As well as profiling successful women in the industry, Sellers is also hoping books like Women Design can encourage heads of design studios, festivals, conferences and more to hire and commission more women.

“Steps are being made, and have been since the 1980s, but I think most people agree that the job is far from done,” says Sellers. “It’s not just about practice, but also public representation, like at conferences – simple rules like having at least one woman on a panel should be initiated.”

“Design is left to a privileged minority”

She adds that the discourse around education needs to change – while creativity continues to be neglected in schools and by Government agenda, young women will not be encouraged to take design further.

“By deliberately squeezing design and technology out of study, students won’t know if they can, let alone want to, be a designer,” she says. “Lots of energy has been put into getting young women into engineering and science, but this has been at the expense of creative subjects, leaving that restricted to a privileged minority. Design practice needs to be encouraged from a young age.”

While Women Design does not claim to be a solution to the gender problem in the industry, the book aims to start conversations around equality, as well as celebrate the work of some very accomplished professionals – and hopefully spark an interest in young women.

“I hope anyone will read this and learn about these amazing women, but I also hope a design-savvy audience might learn more about the gender disparity within the industry,” says Sellers. “And I hope teenagers read it, and it inspires them to get into design and architecture.”

Women Design: Pioneers in architecture, industrial, graphic and digital design from the 20th century to the present day, by Libby Sellers, is available through Frances Lincoln Publishers from 7 June 2018. For more information, head here. 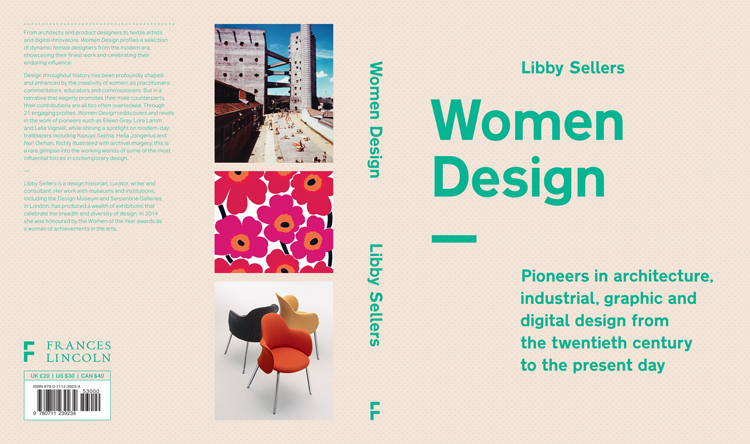