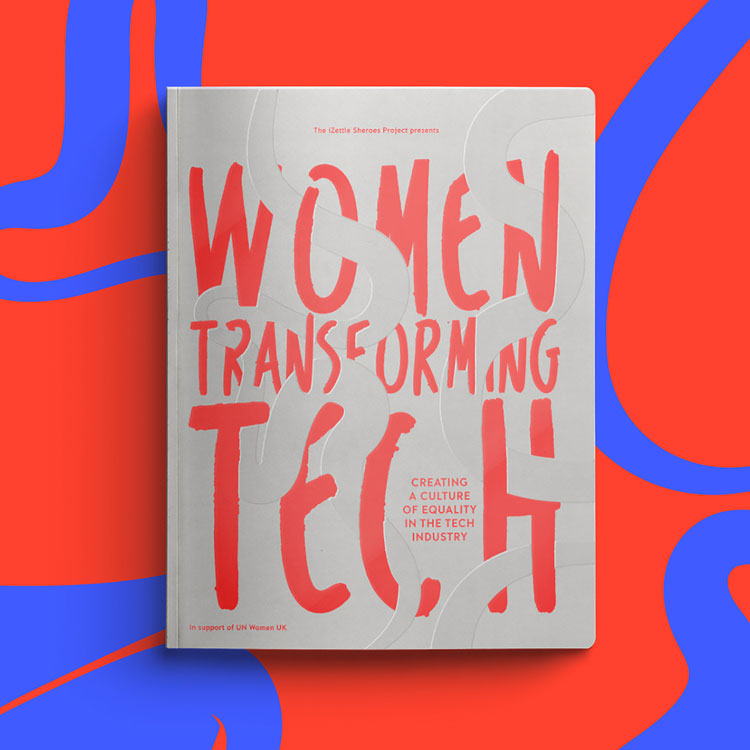 A group of women from financial technology (fintech) company iZettle has written and designed a book which aims to push for better representation of women in tech, responding to a range of research that shows there are less women than men in senior roles in tech companies. The book shares the stories of 45 woman from 30 countries who work for iZettle or are members of the United Nations (UN) Women UK’s network. They recall their personal and career journeys, in a bid to inspire the next generation of females. The book is complete with colourful illustrations throughout, inspired by the snake and vines of the Biblical garden of Eden, and complete with vibrant, pop art-style portraits of the women in the book. Proceeds from sales will go towards supporting the UN Women UK network, whose work focuses on policy and legislation around gender-based human rights issues. It is available to buy here for £5.99.

Balance for Better prints, by Grand Matter and RoomFifty 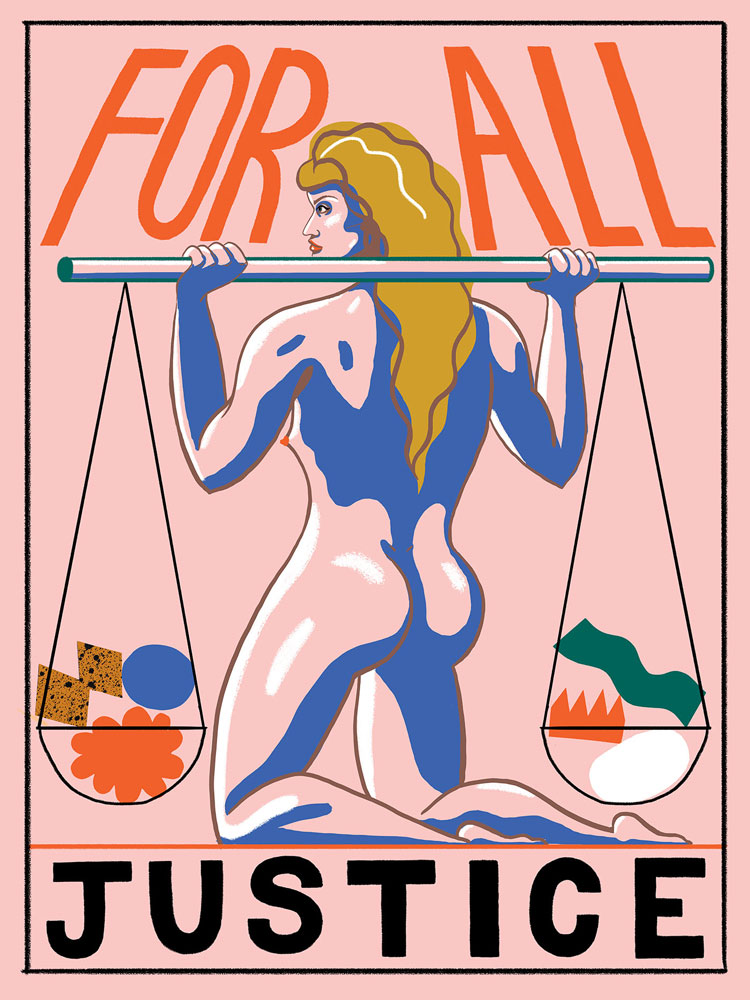 Artists’ collective Grand Matter and online print store RoomFifty have joined forces to curate 20 limited edition prints on the theme of gender equality, with profits going to Women for Refugee Women, a charity which supports women seeking asylum in the UK. Responding to this year’s International Women’s Day theme of Balance for Better, a range of artists contributed to the project, including Ana Jaks, Billy Clark, Ellie Foreman and Chrissie Abbott. Creatives of all genders were invited to take part, in a bid to convey the importance of everyone, man, woman or otherwise, needing to play a part in bringing about equality. The artworks are available to buy until 31 March 2019 here, starting at £40.

Invisible Child book and Equality for All initiative, by Oxfam and Moomins 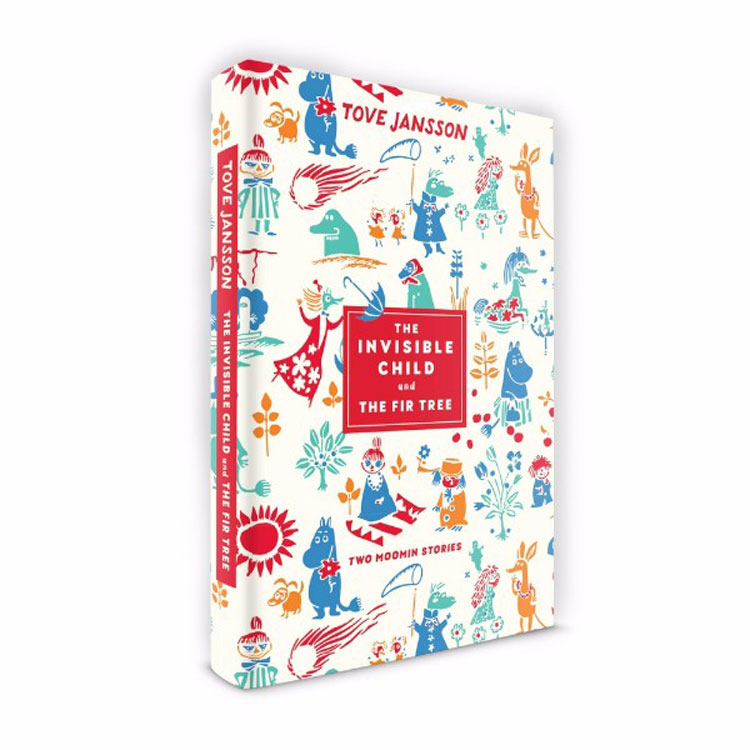 In a bid to raise funds for Oxfam’s initiatives to help women and girls around the world, the charity has teamed up with Moomins to release a book and a new charity gifting project called Equality for All. A new hardback edition of The Invisible Child, a story about a Moomin girl who discovers her voice when she is given the respect she deserves, has been released. Equality for All allows people to gift money to Oxfam initiatives on behalf of someone else, who is sent a gift card illustrated with Moomin images, explaining how the money will be spent. Money raised from sales will go towards projects such as supporting women in developing countries who do unpaid care work, giving them the opportunity to seek paid work and generate more income for their families. The book is available to buy here for £4.99. 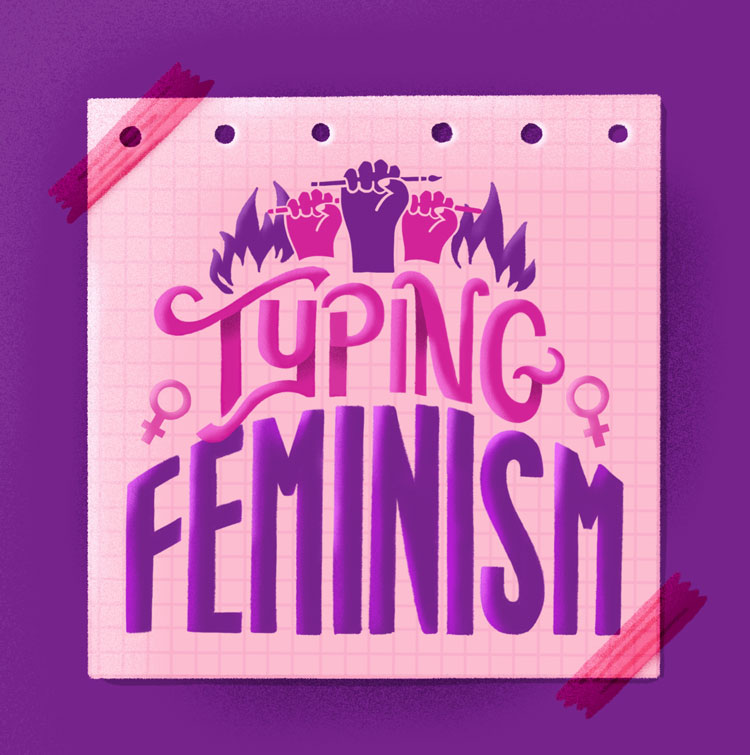 This is a collaborative Instagram project featuring more than 30 female lettering artists from around the world, spearheaded by Spain-based freelance illustrator Lucia Types. The social media page hosts a wide range of lettering work by the contributing designers, which all feature messages of female empowerment and equality. The work is posted alongside photos of the designers, sharing a little bit of information about each of them. A deadline of 8 March was originally set for project submissions, but its founder says she has received so many that she has decided to keep the project going. Visit the Instagram page here.

A giant bronze statue of a woman, created by sculptor Joseph Hillier, is set to be unveiled in Plymouth on 18 March, outside the Theatre Royal Plymouth. Measuring seven by nine metres, and weighing 9,500 kilograms, it will be the largest bronze sculpture in the UK and one of the biggest statues of a woman. Hillier says that the statue, called Messenger, depicts a “young powerful woman”, inspired by a pose that a young female actor took during a rehearsal for William Shakespeare’s play Othello at the theatre. There are currently as many as 16 statues of men for every statue of a woman in the UK, according to research by InVisible Women, a group campaigning to rectify this gender imbalance. 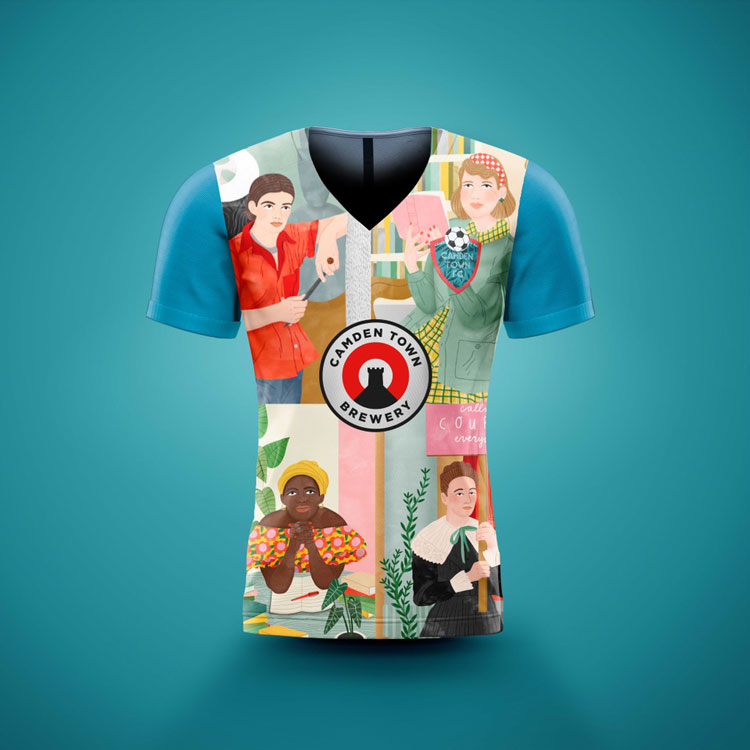 Camden Town Brewery has launched a new football kit for International Women’s Day, celebrating inspirational women with connections to the London Borough of Camden. The shirts, illustrated by the brewery’s seasonal designer Bodil Jane, pay homage to poet Sylvia Plath, novelist Buchi Emecheta, sculptor Dame Barbara Hepworth, and suffragist Dame Millicent Garrett Fawcett. The shirts will be worn by the local women’s football club, Camden Town FC, and a limited number will go on sale to the public, with proceeds going to women’s rights charity, The Fawcett Society. The backs of the shirts will show the names of the women featured on them along with a number linked to them, for example, “Fawcett” will be on the back of one shirt with the number 18, referencing 1918, the year some women first got the right to vote. Shirts will be available to buy at the Brewery Bar at 55-59 Wilkin Street Mews, London NW5 3NN. For more information, head here.

I Am (Not) A Monster documentary, by Nelly Ben Hayoun 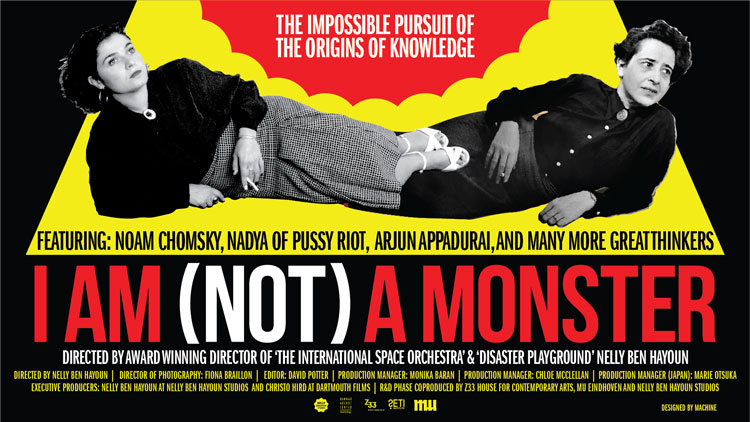 A new documentary film called I Am (Not) A Monster, by Nelly Ben Hayoun Studios, will look at the origins of knowledge. Experience designer and director Nelly Ben Hayoun takes on the role of philosopher Hannah Arendt in the film and explores ideas such as trans-nationalism — “no more nation states” — and delves into reasons why ideologies by the likes of US president Donald Trump are capturing people’s imaginations. The film features contributions from philosophers and campaigners including political activist Noam Chomsky and protest group Pussy Riot’s Nadya Tokolonnikova, as well as the Lord Mayor of Sheffield, Magid Magid. A trailer for the film, which is made in collaboration with media platform Boiler Room, has been released, and a preview screening at the British Film Institute (BFI) Southbank is soon to come. Watch the trailer here. 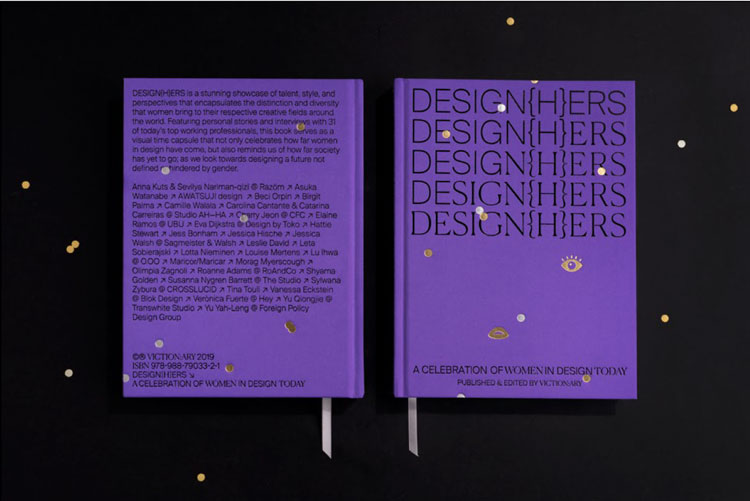 This new book celebrates the achievements of women in design, with a look at the work and lives of 31 successful women in a variety of fields. It features interviews with creatives including Jessica Walsh, co-founder at design studio Sagmeister & Walsh, Vanessa Eckstein, founder and creative director at Blok Design, and illustrator Birgit Palma, among many others. Design(h)ers, has been written, curated and designed by women who work at Viction:ary publishers and has been released. The book is available to buy here for £29.95.

Marianne North, a Victorian biologist and botanical artist, spent much of her life travelling the world and painting different plants and flowers in their natural environments. More than 800 of her paintings are on display at a gallery at Kew Gardens, which is “the oldest permanent solo exhibition by a female artist in the world”, according to animation studio Trunk. But despite this, the studio says the gallery is relatively unknown. In a bid to shine a light on the artist and gallery, Trunk has transformed North’s paintings into a short, animated film, bringing her work to life digitally and blending one painting into the next in various creative ways. The animation will be shared on Kew Gardens’ social media platforms.

Image collection, by Adobe Stock in collaboration with Badass.gal

A collection of images celebrating what it means to be a “badass woman” in 2019 is set to be released by Adobe Stock in collaboration with the Young Creative Council’s Badass.gal platform. The platform was launched on International Women’s Day last year to champion the work of young women in creative fields, in a bid to help bridge the gap between education and employment. It was found that while the majority of students taking creative subjects are female, only 29% of those working in creative departments are women, according to research by Creative Equals. The Badass.gal collection, which features images including photos, graphic design pieces and illustrations created by women championed on the platform, will be available in the Adobe Stock library from 11 March 2019.