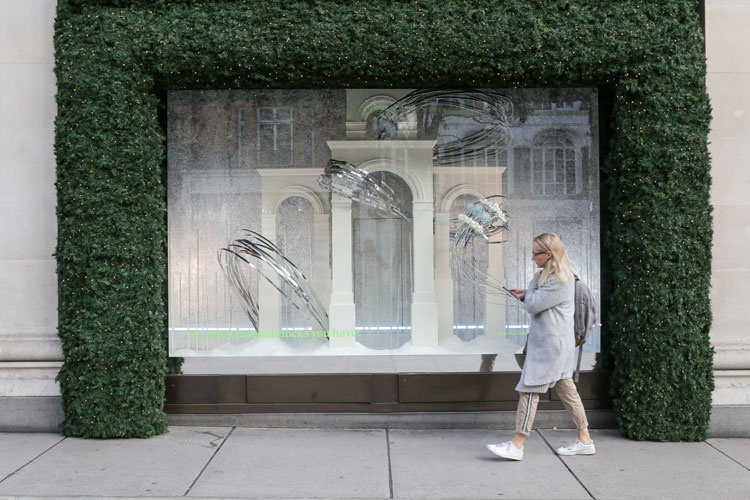 Selfridges adopted the Christmas spirit early this year – earlier, in fact, than any other department store in the world, it claims. This year’s “A Christmas for Modern Times” displays have been on display since 17 October.

Windows have been themed around well-known fairy tales, with favourites like Rapunzel, Cinderella, Jack and the Beanstalk and the Princess and the Pea all being featured, but with a modern twist.

These modern twists include casual menswear showcased in the Sword and the Stone window (“Sword and the Streetwear”), Simone Rocha’s pearl hair slide collection adorning Rapunzel’s tresses (pictured) and the Three Bears’ house getting a futuristic mirrored interiors makeover.

It aims to highlight the fact that “times may be changing in unpredictable ways, but Christmas remains the same.”

According to the store, the endeavour took the inhouse team over 500 hours to produce over the past year, while installation itself required over 100 people working non-stop rotating shifts for ten days. 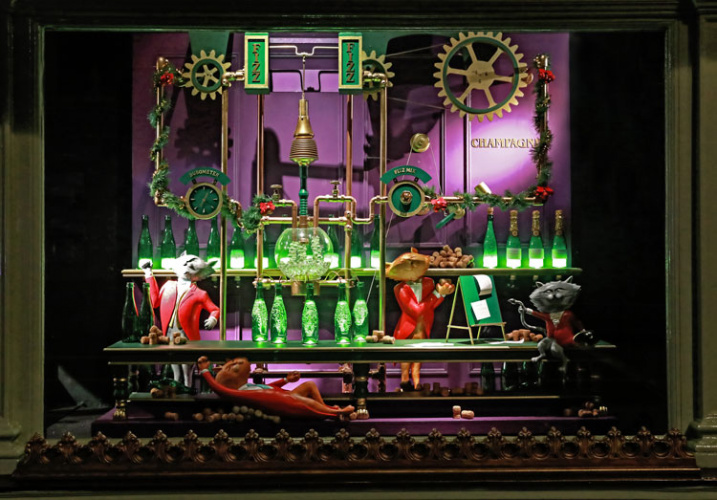 The displays, which have been designed inhouse, are a nod to its history – artist Edward Bawden first illustrated the feline helpers during Fortnum’s Christmas campaign in 1958.

Windows are also adorned with this year’s Christmas slogan, “Packed Full of Christmas” which also appears to be a plug for the store’s famed hampers, which happen to be the focus of a related Christmas short film. 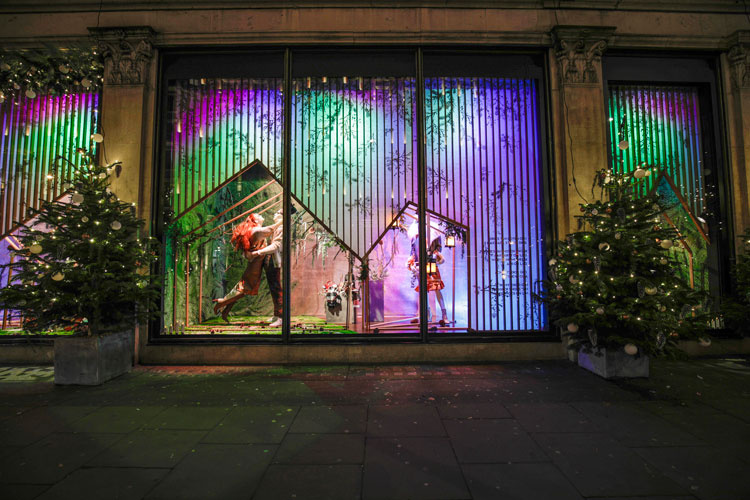 Following on from last year’s Champagne-covered displays, Christmas 2019 sees Harvey Nichols turn to Scandinavia for inspiration. Animations of the Northern Lights have been projected onto its façade (pictured in the above banner image), presenting what inhouse designers hope will be a “photo-worthy moment”.

The idea behind the displays was to create a series of contrasts: light and shadow, cold and warmth and nostalgia and modernity.

Following through into the store itself, its fifth floor CANVAS space has been transformed into The Secret Forest, wherein customers will be able to see festive films, enjoy Scandinavian-style snacks and drinks, or attend Saturday Schools until 5 January.

The Scandinavian theme has been launched across all Harvey Nichols stores in the UK and Ireland. 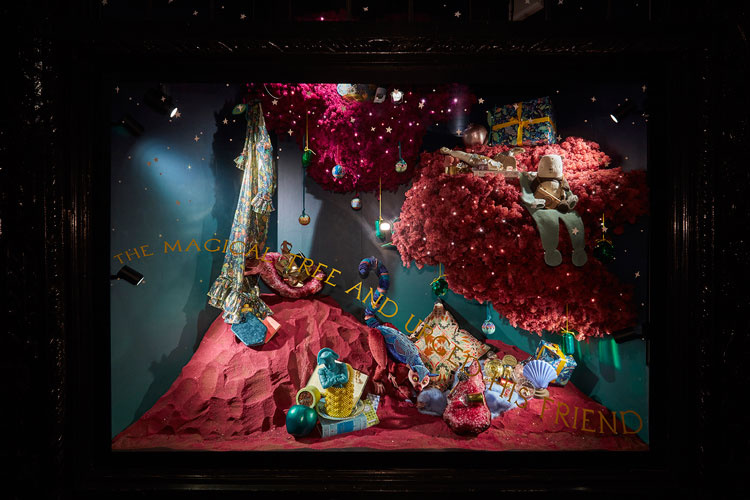 This year’s Liberty displays are inspired by the store’s 2019 Christmas print: ‘Jeweltopia’. Taking the lead from its colour palette, the windows feature deep teals and pinks and velvet materials as their backdrops, which have been appropriately adorned with jewels and crystals throughout.

In the foreground is Liberty’s more fantastical take on Christmas, which comes complete with exotic animals created by sculptor Billie Achilleos, “mystical” fruits, and bonsai trees in lieu of the traditional conifers.

The overarching theme for this year’s efforts is “The Tree of Liberty”, which is perhaps best represented by the sprawling central-atrium installation: another blue and pink bonsai “Christmas” tree.

According to Liberty, the Christmas displays took the four-person inhouse creative team more than a year to plan and eight days to install. 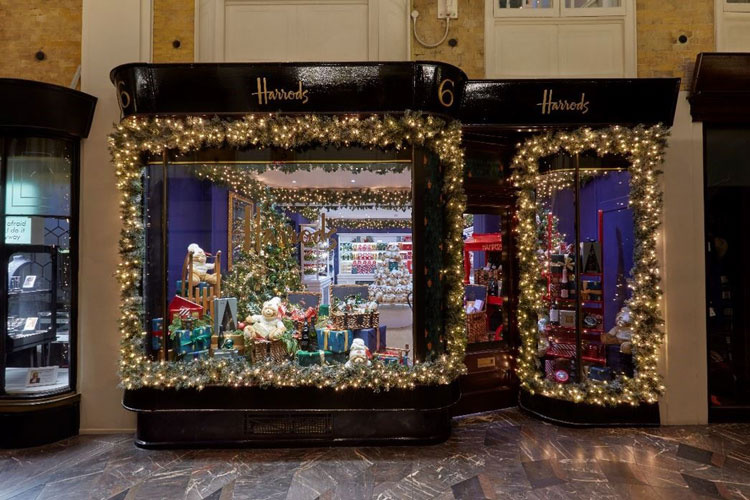 Supplementary to their Knightsbridge premises, department store Harrods has this year opened the Kingdom of Christmas pop-up store in Burlington Arcade. It will stock a range of Christmas food, decorations and gifts.

The window display largely seems to reflect this, with another hamper taking centre stage, only this time in a more traditional under-the-tree scenario. Also present is Harrods’ souvenir Christmas bear, this year named Joshua.

This year’s main Harrods display is yet to be unveiled.

Designers on Dark Mode: “I can’t see it going anywhere”