Du Bois, who is well-known for his sociological and historical writings, was a prominent figure among black protest leaders in America in the 20th century. He published his seminal book of essays, The Souls of Black Folk, in 1903 and co-founded the National Association for the Advancement of Coloured People in 1909. 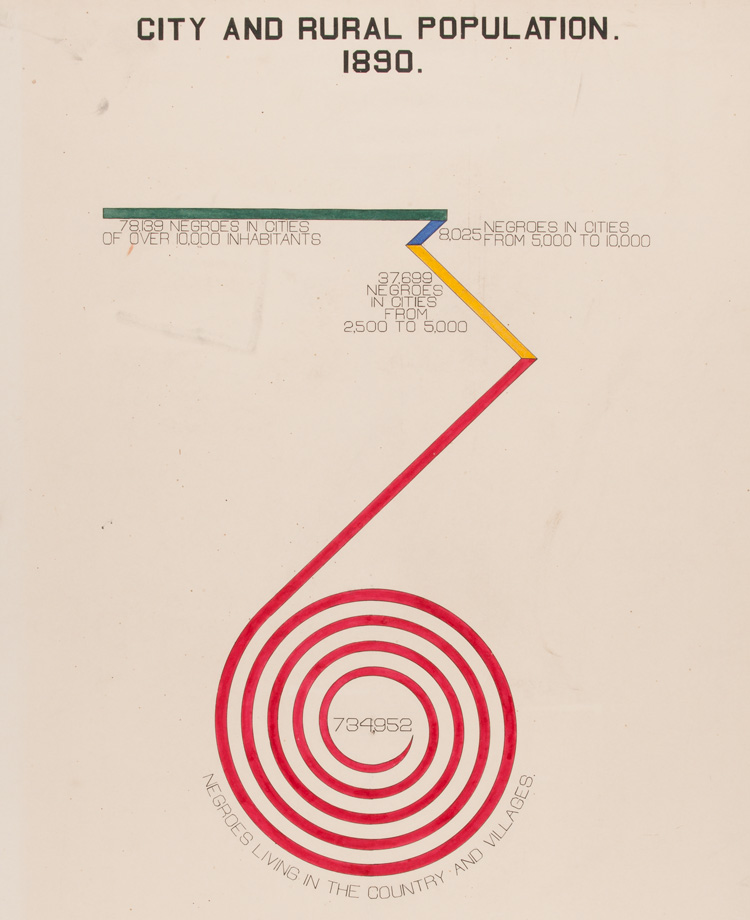 He was also interested in data visualisation. This relatively little-known body of work explores race with “innovative graphs, charts and maps” forming a “new approach to refuting racism”, according to the gallery. It is the first time that the 63 graphics — originally presented at the 1900 Paris Exposition — will be shown in the UK.

One graphic depicts the number of “American negro newspaper and periodicals” as a pyramid visual, covering weekly papers, academic and daily papers and magazines. Another imaginative design shows the spread of African American populations over cities and countries in a colourful spiral formation. 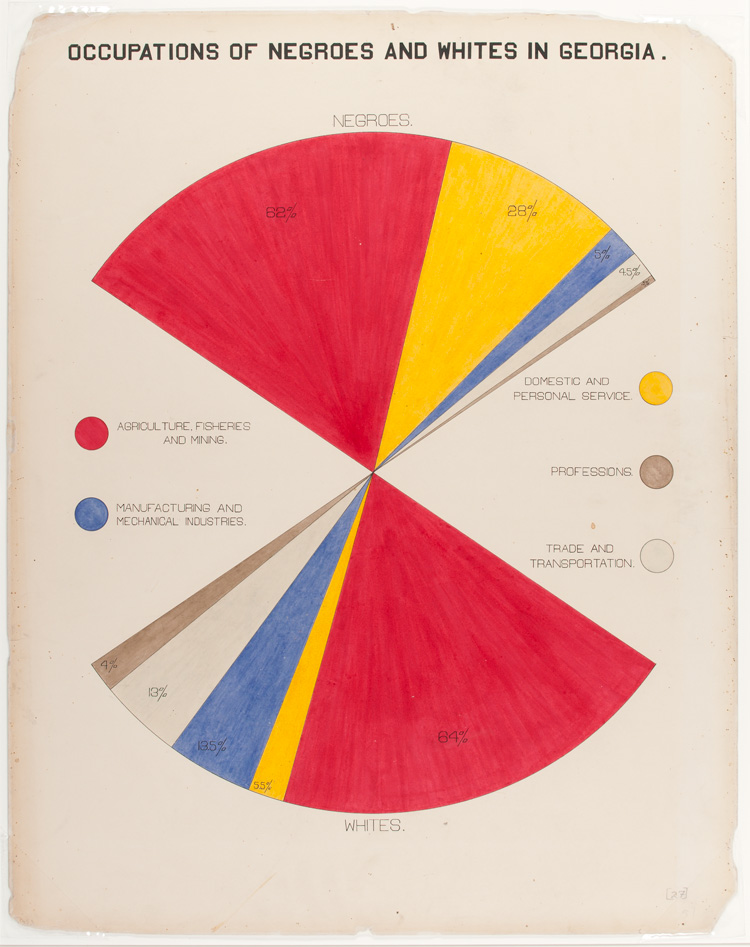 Though the information is sometimes based on the entire African American population, there is also a focus on Southern states. One pie chart-like graphic, depicted in bright red, yellow, blue, beige and white, shows the differing proportions of “occupations of negroes and whites in Georgia”. It is divided into agriculture, manufacturing, domestic services, professions and trade and transportation.

The highly visual element is a thread throughout the work, like in the graph depicting the “conjugal condition of American Negroes according to age periods”, split between male and female. The symmetrical design presents the data — percentages of single, married and widowed people — in an eye-catching way. 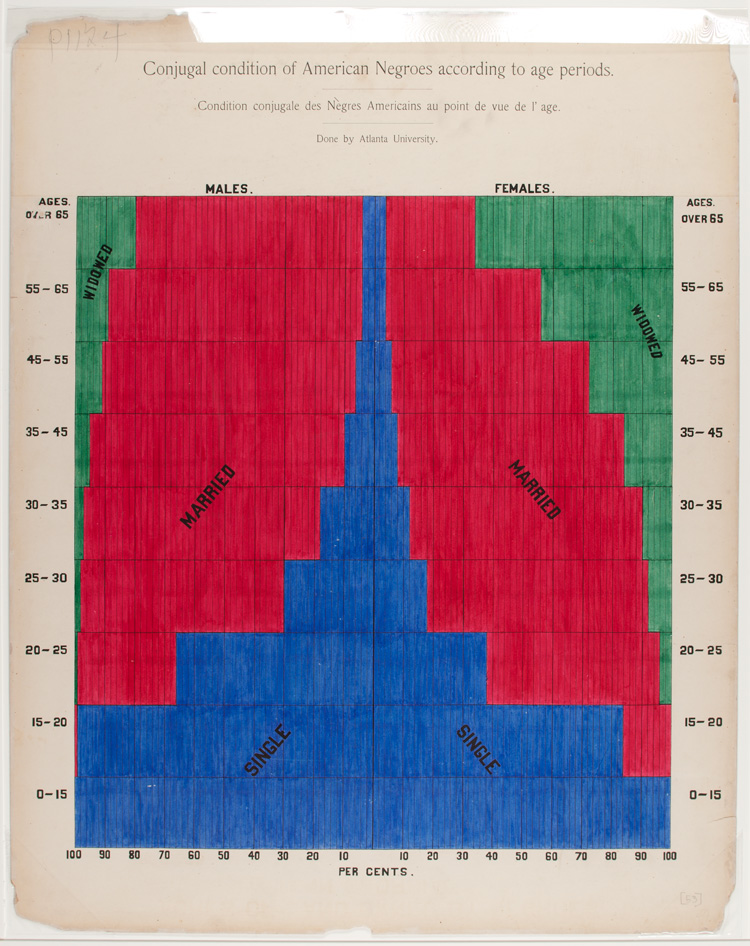 This imaginative, sometimes-playful, designs aimed to convey an optimism, countering contemporary views of African Americans, according to the gallery.

House of Illustration says: “By presenting his own research on the achievements of African Americans in the few short years since emancipation, Du Bois demonstrated that black culture had flourished even within the extreme constraints of violently enforced racial segregation across the Southern states.”

The designs, based on Du Bois’s own research, also highlighted the ongoing serious challenges caused by white supremacy. For example, one data set — a block graph-like design in a more sobering combination of black and green — shows the “proportion of freeman and slaves among African negroes”. 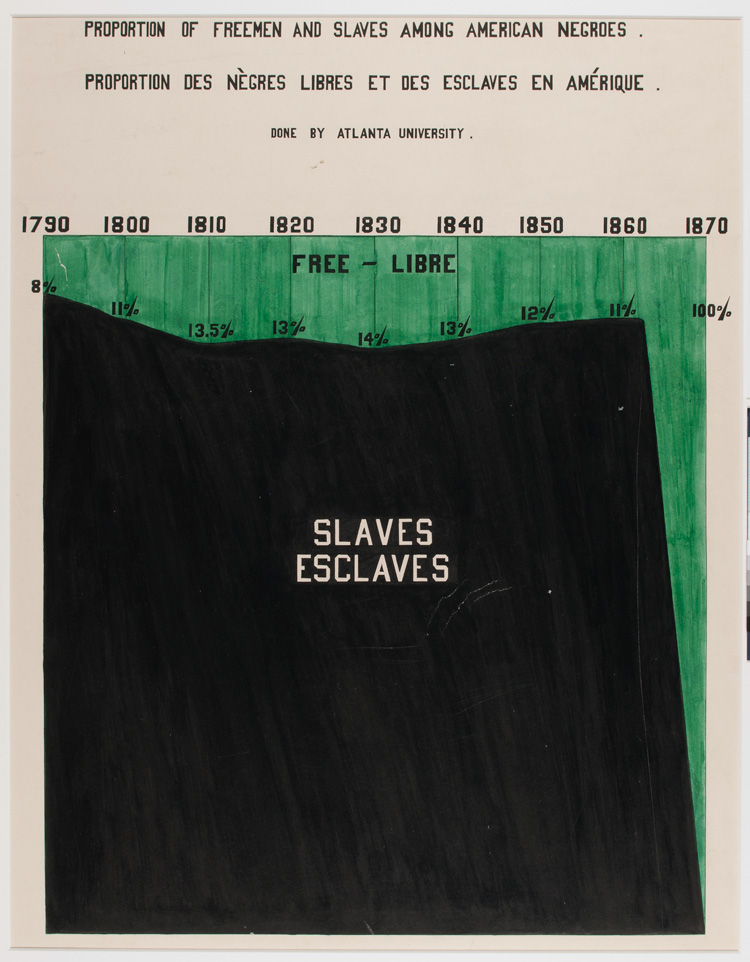 When they were first presented at the 1900 Paris Exposition, Du Bois’s graphics were “radical” in how they challenged the contemporary exhibitors that “viewed black people as colonial commodities”, the gallery says.

The Paris Exhibition was a world fair held in the French capital which celebrated the achievements of the past century while also looking at the issues that the next might bring. It was visited by almost 50 million people. 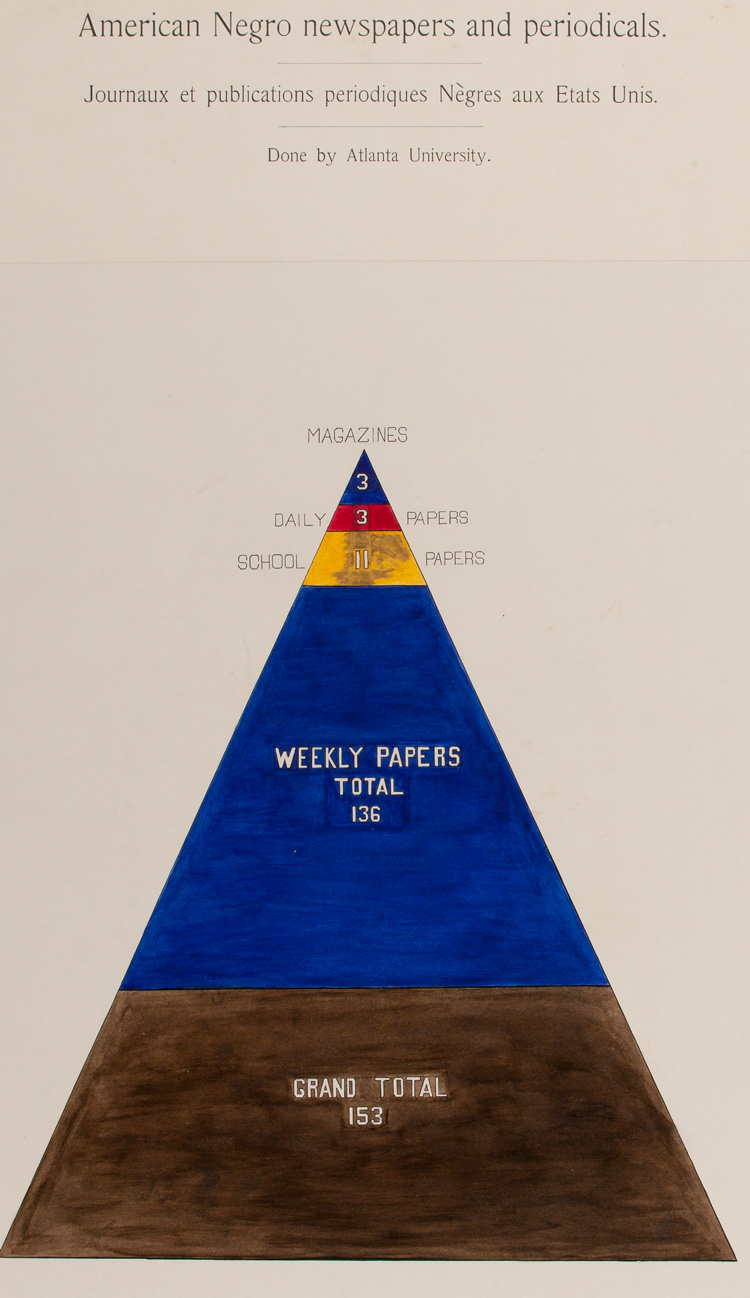 House of Illustration provides new context for Du Bois’s work in the form of journalist Mona Chalabi’s data visuals. Chalabi, who is data editor at The Guardian, has “repurposed his distinctively clean lines, arresting shapes and bold primary colours for the 21st century”.

This modern-day accompaniment aims to “demonstrate the enduring relevance of Du Bois’s data visualisation”, according to the gallery.

“We’re delighted to be presenting this often-overlooked body of work from a century ago alongside artwork Mona Chalabi is producing today — encouraging this crucial conversation to continue.”

The exhibition will be accompanied by a book, Black Lives 1900: W.E.B. Du Bois at the Paris Exposition, edited by Julian Rothenstein and published by Redstone Press.

Microsoft Edge has a new logo