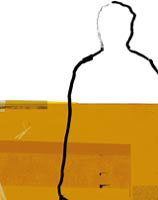 Looking back at design recruitment over the past 12 months and sizing up prospects for the year ahead, you’d be forgiven for thinking it’s all doom and gloom. Several consultancies have gone to the wall. A slew of redundancies across the industry has caught the eye. The larger design groups – more exposed to global trends and owned by cost-sensitive marketing services PLCs – have been particularly affected by job cuts. A human resources manager at one such group confides it lost about 80 people (almost of third of its staff) through a combination of ‘restructuring’ and ‘personal departures’.

Unsurprisingly, euphemisms are not in short supply at times like these. But, after an especially ‘difficult’ six months, ‘cautious optimism’ is now the outlook of most recruitment agencies and a smattering of start-ups shows that entrepreneurial spirit has not been dimmed.

That’s not to say, however, that consultancies are planning across-the-board hirings anytime soon. As John West, head of Kingston Smith Executive Selection, points out, ‘recruitment is utterly, utterly client-driven’. With clients’ spending clearly dependent on the health of the economy at large, consultancies will only staff up when guaranteed additional income from new projects. So designers should expect recruitment to remain a buyers’ market for some considerable time to come.

Periscope managing director Kim Crawford says, ‘For the first six months of 2001, the recruitment market was buoyant. But the economy took a dive in June and design was hit very, very fast. It’s more reactive for clients than other marketing services.’ For many groups, the impact on their bottom line was dramatic. Crawford adds, ‘The monthly downturn in revenue was around 10 per cent in the fcmg sector and anything up to 50 per cent or more on corporate projects. That’s really hard on the business.’

BDG Recruitment director Valerie Gascoyne agrees with that assessment, although she suggests the effects of the economic slowdown could be felt as early as February last year. ‘We’ve had a tough five or six months,’ says Gascoyne. But since December she believes recruitment has been ‘patchy, but not terrible’. She admits, however, that she hoped for a quicker recovery in the New Year, but ‘the first quarter [of 2002] has still been very tough’.

All agree that packaging and, to a lesser extent, retail graphics are the best performing disciplines at present. ‘There’s a strong push on fcmg – packaging, consumer products, structure, [and] product design. Consultancies working in these areas are recruiting [both] designers and design managers,’ says Crawford. This mirrors the state of the wider economy, where the British consumer is continuing to spend on fashion, food and entertainment. e

The current economic situation is very confused, says McWilliams. Different sectors are experiencing divergent trends. He adds, ‘If you’re not confused, you don’t understand it very well.’ While low interest rates have driven the consumer-housing nexus, the downturn has been business-led, he says, ‘which is unusual for the UK’. Now, McWilliams predicts the trends of last year reversing themselves. House prices have peaked and business spending is on the up, he adds, although he doesn’t expect this to be reflected significantly in the economy until the second half of the year.

In this uncertain climate, consultancies are anxious to get the right person if they do decide to recruit. As a result, recruitment briefs have become much more exacting, Gascoyne suggests. She says, ‘They want the best they can get – people who are going to add value, show commitment and make a genuine difference to the business.’ She describes this as ‘the “X” factor’. Ideas people who can demonstrate conceptual skills are in most demand as they offer an extra edge, says Crawford. ‘Creativity and that spark of imagination are what [consultancies] look for, even among juniors,’ she adds.

The overwhelming message from recruitment specialists is that consultancies are holding out for quality. But this is often hard to come by. Many of the best designers have stayed put, especially in packaging. ‘[Consultancies] are under the impression there are millions of good creatives out there,’ says Carrahar. ‘We’re presenting the right candidate for the job, but they want to see more people. It’s hard to find really good middleweights in fcmg packaging.’

Beasley agrees there’s a lack of good people available in packaging and that consultancies are tending towards middleweights rather than seniors. Crawford concurs. ‘At the top level, it’s static across packaging and corporate identity,’ she says, adding that creative directors will usually stay longer in a role to build their reputation. However, Beasley concedes not many senior roles go through recruitment, although she has taken on briefs recently for seniors on ‘corporate reporting’.

Salaries have stood still on the creative side, says Carrahar, while Crawford reports they are down about 10 per cent for design managers. In digital media, where pure Web design has given way to more integrated roles, Beasley suggests pay has decreased around £10 000 since the heady days of the dotcom boom. Senior technical consultants – ‘client-facing “techies” who have [a] programming background’ – are hotly sought after, she adds.

With salary offering little incentive, a heads-down mentality seems pervasive. ‘The good candidates aren’t moving,’ says Crawford. ‘They’re thinking: why risk it?’ But Gascoyne believes designers need fresh projects. Carrahar agrees that ‘quality of work, clients or just a change’ can provide sufficient motivation. Designers are certainly being asked to take on greater leadership responsibilities and this may offer new challenges. There is still scope for negotiation on salaries, Beasley suggests.

In design management, ‘new business people are flavour of the month’, says Crawford. Beasley adds, ‘We’ve been inundated with requests at all levels. It’s an obvious reaction when business is flagging. But the role is particularly difficult to fill.’ It involves both cold-calling and strategic planning, suggests Carrahar. Consultancies want people with two or three years’ experience to ‘get them in to see clients’, says Crawford. ‘It’s a tough old job’, she adds.

Beasley says consultancies are hesitant about recruiting design managers because what they provide ‘isn’t so obviously billable’. There are some interesting senior roles around, but she says the market is ‘quite slow-moving’. Such nervousness is also evident when recruiting designers. ‘Temp-to-perm’ appointments, essentially no-strings probationary contracts, are increasing. Gascoyne says freelance-to-permanent hirings account for as much as 40 per cent of her business over the past 12 months. She envisages this figure possibly doubling in 2002. Most agree that the ‘look and see’ approach can be beneficial for both parties.

Recruitment agencies perceive that medium-sized and independent consultancies have more room for manoeuvre on hirings than larger groups. But while Charles Trevail, FutureBrand chief executive, Europe, is blunter than most about the ‘media recession’, which he says is ‘as tough as any in the past 20 years’. He denies he is subject to any ‘headcount freeze’ and is adding to a global talent network by making senior appointments on an international basis.

‘Local recruitment for local talent’ is how Trevail regards UK recruitment agencies, suggesting they are more appropriate for hiring junior staff. To locate senior creatives, he is prepared to go further afield and work with US headhunters, largely because he says he knows who London has to offer. Kingston Smith Executive Selection’s West thinks headhunting could become more prevalent in the UK. ‘Consultancies want to feel like they’ve bought a name that will attract other clients,’ he says. But other recruitment specialists assert consultancies are squeamish. Gascoyne says, ‘Clients get nervous about headhunting because they don’t want it to happen to them.’

Independent consultancies prefer to promote from within, says CDT Design founder Mike Dempsey. His aim is to ‘bring in new blood lower down’ and ‘hang on to people with the greatest experience’. In principle, this sounds encouraging for graduates, but overall their prospects look grim. ‘There are lots of graduates still around from last year,’ says Carrahar. ‘People have stopped hiring non-revenue earners’, says Trevail, with graduates likely to bear the brunt.

Where groups are insulated by long-term projects or enjoy roster status, there is recruitment activity. But the wider recovery is on a knife-edge. While many regional and independent groups have so far weathered the storm, the effects of the downturn may yet ripple out from London. However, provided there are no unforeseen shocks, the business environment should improve slowly and steadily. Meantime, recruitment agencies are ‘talking up the market for the start of the new tax year’, says one job-seeking designer. ‘And who can blame them?’

UK designers can take heart from signs of recovery in New York’s design industry. ‘Recruitment is stronger this quarter than the last three quarters of 2001,’ says RitaSue Siegal Resources president RitaSue Siegal. Product designers, especially for cars, are in demand and this is traditionally a ‘predicator of economic turnaround’, she believes. Graphics and identity jobs ‘have not come back yet’, but clients are looking for strategic designers on ‘lifestyle’ projects, which involve ‘the presentation of the brand in all mediums’, Segal adds. With ‘[new business] sales for design’ and packaging improving, she describes the situation as ‘very encouraging’.

It gives the winner of a commercially-oriented competition access to individual advice during their crucial final year coursework. Elliott believes this is far more valuable to the student than any cash prize and also improves the management abilities of the mentoring designer.

Be patient. Consultancies are taking time to commit to new hirings. Work for a trial period if asked

Target consultancies you want to work for. The scattergun approach won’t work

Don’t be too obsessed with the one-paged CVs. Spell out your role, what you did and the projects you worked on, detail leadership skills if relevant

Be realistic and flexible.You never know where freelance opportunities might lead

Keep your finger on the pulse. Read design and marketing magazines to see who is winning business

Network. Use your contacts and keep your ears open

Don’t be too hard on yourself. These are tough times, but talent will always shine through