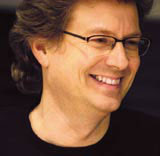 Branding for the city of Leeds should finally be signed off this week, after the surprise resignation of Leeds design group Thompson.

It has emerged that the group resigned its contract with Marketing Leeds, the body set up to run the branding process, despite spending nine months on the project and completing a brand proposition for the city (DW 7 October 2004).

Reworked branding by England, a local marketing agency that had previously worked on Web development for Marketing Leeds, will be presented to the organisation’s board tomorrow. Thompson creative director Ian Thompson says he resigned the account ‘when it became clear that there was little appetite [from the board] for market testing’, coupled with ‘a desire to divert from the process’ of research the consultancy had put in place.

Thompson was appointed to the work in September 2004. The group resigned the commission in June this year.

Marketing Leeds chief executive Kevin Johnson took up his role on 1 June, but Thompson claims that the process was already in danger of being ‘derailed’.

According to Johnson, the organisation began to receive ‘unprompted and unsolicited’ proposals from England and incumbent public relations agency Poulter Partners about the branding.

‘On many occasions, creative ideas that cut the mustard come out of left field, and this was one of those occasions,’ says Johnson. ‘The board saw the idea and strapline developed by England and felt they captured the essence of Leeds that they had been trying to achieve with Thompson.’

Johnson says Thompson was responsible for about two-thirds of the process, including ‘lots of very useful research’.

The consultancy developed a brand proposition based around the strapline Made In Leeds, but a debate among stakeholders found ‘some in favour and some dissenting’ over the approach, says Johnson. ‘I was not an advocate of Made In Leeds as I thought it was too reflective and retrospective of an industrial past, rather than [being] forward-looking.’

Thompson says: ‘We felt it wasn’t going to go well and didn’t want to be part of something glib, alliterative or superficial.’

England business development director Ian Winterbottom says the group’s work on a film for the launch party had been underpinned with a brand essence that the board ‘gave a resounding thumbs up’.

The England design will be unveiled at a launch in the city on 26 September.