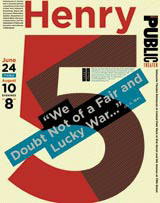 ‘Parody is an acceptable form as far as I’m concerned,’ she states. ‘It exists in literature, music and painting. So why do design commentators get so worked up? With the Swatch poster, I made no attempt to hide where it came from. I felt it was an “appropriate” parody. Only designers were outraged. The audience I designed it for wasn’t outraged; they didn’t know that something was being parodied. I think the root of the problem was that I made the mistake of parodying one of the gods of Modernism. Herbert Matter was a Swiss Modernist at Yale, so I was committing sacrilege.’

She is similarly dismissive of the furore over the Mondrian appropriation. Again she justifies herself by stating she didn’t try to hide her source. ‘I even received permission from the Museum of Modern Art, the owner of the original painting. They only made one stipulation; I wasn’t allowed to crop the work, which forced me to recreate it.’

Scher co-founded and ran Koppel & Scher for seven years before joining Pentagram in 1991. Listening to her talk, you sense that within Pentagram’s cultured and enlightened regime, Scher has found her spiritual home: ‘Yes, it is essentially like running your own business, except with the fantastic support of the other partners. You don’t lose your individuality, but you have your own team and all the benefits of a successful company behind you. It means I can take on better projects, whereas before I was doing too many goofy jobs.’

Today Scher works mainly on big identity assignments. She lists a number of glamorous sounding projects including signage for an arts centre and a retail identity for a prominent clothing company. But she also finds time to teach and to ‘do my own paintings’. Is teaching important to her I ask? ‘Yes, it’s very good for recruiting. I get to hire the best students. Teaching is a great way to have the sort of dialogue I can’t have with clients. I talk to my students in a way that I can’t talk to my clients: about aesthetics, about colour theory, about design theory. It’s very beneficial to have this other perspective.’

Before she disappears, she asks if I’m ‘speaking to her husband too?’. Her tone is protective and thoughtful, anxious in case he is being ignored. Scher and Chwast have been married twice. ‘Once when I was 25, then again when I was 40. The second marriage worked,’ she is on record as saying. I tell her someone else is interviewing Chwast. And with that she’s gone.