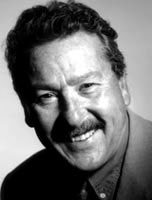 The murder of Marcello Minale last week has left the consultancy he founded, Minale Tattersfield & Partners, reeling from shock but vowing to continue the traditions laid down by its charismatic leader.

MinTat is one of the few independent consultancies to have resisted the siren call of acquisitive multinationals.

The issue of succession, which is usually problematic for firms founded and dominated by strong personalities, had begun to be tackled two years ago, when Minale turned 60, managing director Alex Maranzano says.

“When he got to 60 he started to think about retirement and we had been working on that. I was going to take over as chairman and put a new managing director in place,” he comments. He declined to name the latter saying that it could put undue pressure on the person.

Minale’s day-to-day involvement in the consultancy was lessening; he concentrated on its Italian clients and didn’t work on UK business. Maranzano stresses that it is continuing its clients’ programmes “exactly as before”.

Maranzano declined to comment on any issues relating to the Minale family’s shareholding and company secretary Marian Molloy was unavailable to confirm whether or not the company had key man insurance covering Minale.

A consultancy statement describes MinTat’s staff as “deeply shocked and totally devastated”. “Under the guidance of all the senior partners we will strongly carry on in the very best Minale Tattersfield tradition of creativity and growth.

“This, without doubt, would have been [Minale’s] instructions to us all,” it says.