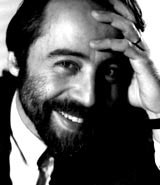 The unofficial first year of the new millennium provided great opportunities for the design industry, from environments such as Tate Modern and the Dome to high profile, multinational rebrands such as BP. But what is in store for what is technically the official start of the 21st century?

According to AMXstudios interactive director Alasdair Scott, demand for Internet design will slacken in 2001 because the explosion in dotcoms cannot sustain itself. Rather, he maintains, quality of design will become paramount.

“In May 2000, there were around 9.5 million websites. By December, that had doubled. As a result, good Web design will be essential as Internet companies have to fight harder for attention,” he says. “Clients, and designers, that do not take that on board will not survive.”

Scott says clients will be forced to think even more seriously about the role of on-line design, turning to specialist Web designers rather than multidisciplinary groups with a digital arm.

He says small consultancies are in danger of diversifying too much and could fall at hurdles, such as new 3G (third generation) mobile phone technology and more sophisticated digital TV, as they enter the market.

But Steve Potts, head of creative consulting at UK e-business consultancy Rubus, which has been forced to axe 70 of its 300 jobs, predicts a slowing down of specialist digital consultancies as client demand falls.

“Over the next year, there will be a lot of consolidation in the digital sector, with bigger consultancies and marketing communications groups buying up independent groups,” he says.

“Lead times have elongated and there is a lot less dotcom work around. There was a time when we could simply satisfy demand by getting bigger and bigger. That has stopped short in its tracks, clients are being much more choosy about their projects now.”

Off-line, The Fourth Room chief executive Piers Schmidt predicts the demise of the last independent design consultancies. “A design-hungry marketing services group will break all previous records by buying one of the last remaining independents, for £100m,” he suggests.

But, according to Pentagram partner Daniel Weil, the acquisitions that characterised 2000 cannot go on. “The large, onestop-shop approach has been tested before and didn’t work as it is difficult to sustain. Inevitably, structure overwhelms talent,” he says.

Acquisitions aside, product design is one discipline that will continue to flourish as it is not as reliant on economic conditions, says Design Council chief executive Andrew Summers. He suggests that retail design work will increase to compete with e-commerce.

WPP chairman Sir Martin Sorrell says that it is a fashionable notion to try to predict the downfall of a particular field and that, on past evidence, emerging areas will not yet eclipse “traditional” disciplines.

“Multidisciplinary design consultancies will prosper, and this opens up opportunities for specialists to champion their particular areas,” says Sorrell. “It would be foolish for design groups to react against becoming more multidisciplinary and carve out a niche at the expense of another. It is healthy to diversify to a degree.”

Some industry figures believe design still has a way to go before entering the mainstream as a marketing discipline. AMX’s Scott says it must become more intelligent first, and consultancies’ international offices must work more closely together to attain the same values.

“The London office of a global client can sometimes bear no real resemblance to its international parent group, but if it is to get its voice heard on the international stage, it must,” he adds.

FutureBrand Worldwide chief executive, Europe, Charles Trevail argues that design and branding are boardroom issues, but must still justify their existence. “To date, the design world has responded poorly in creating companies with the scale and depth of expertise of other professional services firms. Where are the McKinseys, McCann Ericksons or even the MarchFirsts of the design world?” he asks.

“I believe this comes down to a belief and commitment that big does not have to mean boring. As an industry, we are painfully short of leaders who are capable of growing large talent-led organisations globally,” he adds.

Sorrell says the UK design scene will remain among the best in the world – “it would be too arrogant to say we are the best” – but that competition is hotting up from abroad, notably in continental Europe and Asia. “Even Latin America is emerging as a key market. Successful consultancies such as Enterprise IG and Landor Associates are increasingly focusing on every part of the world,” he says.

Trevail agrees that Asia Pacific and Latin America will be huge growth markets, where local companies are stepping on to the global stage.

Back home, design has certainly entered the national consumer consciousness, says Scott, thanks to high profile rebrands such as British Gas and BP. On the downside, this “has left consumers jaded”.

“No-one really cares about design on a street level,” he says. “Apart from record sleeves, which are visually important to consumers, people don’t notice design until it doesn’t work.” By way of example, he says that things “started going downhill” when British Airways redesigned its tailfins.

Ian Cochrane, management consultancy Ticegroup chairman, predicts a drop in interest rates, which will provide a boost for small businesses. “Blair will put his foot on the gas prior to the election, and conditions will be ideal for new business start-ups,” he says. Scott predicts an increase in run-of-the-mill corporate identities, such as popular Nike-esque “ball and swoosh” logos, which unimaginative clients will continue to commission. “Companies think a swoosh logo sends out the right messages, because they have seen it work for others,” he says. “The result will be seven million businesses that all look the same.”

Schmidt also believes brand credibility will be stretched to its maximum in 2001. With tongue in cheek, he says: “John Sorrell will be appointed by Tony Blair, the re-elected Prime Minister, as brand manager for Britain. The Dome will re-open after a sixmonth re-fit and still nobody will go, and Pentagram will be appointed to create a new corporate identity for British Airways.”

Southwark Cathedral has faith in Myriad