As 2007 starts with a bang, Design Week asks some leading lights what the year has in store for the design industry 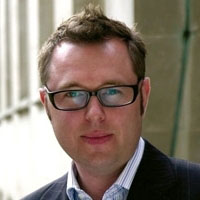 Effective design has its roots in order, clarity and beauty. In 2007, brand owners will continue to realise that these outcomes of design, while still relevant, are no longer enough to win the hearts and minds of consumers.

Increasingly, words are being used by more visionary brand designers to facilitate and encourage a dialogue between brand and buyer. Not advertising, but genuine brand communication. Integrating a brand’s tone of voice or verbal identity with a relevant visual personality is not in itself new. When was the last time you were able to sit through a workshop without someone mentioning Innocent Drinks?

What is new is the level of pressure on designers to forge connections between brands and punters by using words cleverly. Clients, many let down by the absence of real resonance generated by traditional advertising, are being forced to take risks in how they communicate.

Words are their new weapon, not price deals, loyalty schemes and endless punning. It seems to me the term graphic design will be a long time dead. Design can no longer be defined by the visual. 2007 will be the year of words used wisely. 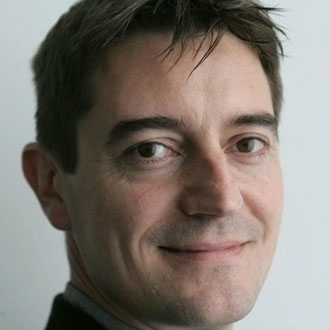 Two things will affect British design next year: one global, and one Scottish. On a global level, the digital revolution will begin to feel like a tidal wave, with Youtube, Myspace, iTunes, Blackberry, Nintendo and the other new media monoliths creating an overwhelmingly digital universe.

Frankly, pixels feel a bit square – and the result will be an analogue backlash, in which people value things we had thought outmoded. More than ever, record companies will release vinyl records alongside MP3 downloads. Reel-to-reel tape recorders will stage a comeback, as will Dymotape, Gocco screenprinting, flexidiscs, typewriters, love letters and, whisper it, printed books. As a result, we’ll get a mainstream renaissance in great record cover artwork, illustration, and other forms of graphic design, which, until recently, have been forced to the margins.

There’s also a Scottish event that everyone should be aware of. The Six Cities Design Festival takes place across all of Scotland’s cities in May and June, and includes a Timorous Beasties exhibition at Dundee Contemporary Arts, as well as a huge design show at The Lighthouse in Glasgow.

There will be conferences, talks and events all over the country. Be there or be pixelated.

My crystals are telling me that the whirlwind that has been the Web will continue to be more DIY. The masses will find more freedom in curating their own content and sharing it with their growing friends network and the pros will create more. There has been a massive rise in the acceptance that good content, be it written, animated or sung, can be as rough as old boots as long as it has a gem of an idea behind it. The ability to distribute these links will also go orbital, with Myspace, del.icio.us, Flicker, Digg and BoingBoing.net becoming yet more powerful. The fall of advertising will occur in August and all airline travel will be banned by November. Sounds like a fun year.

As always, the ‘all change’ New Year predictions will turn out to be largely sensational: we are not a fast-moving industry. But we will see a continuing evolution on several fronts. Client-side procurement will continue to pull low-added-value work out of the bigger consultancies and place it with small, local or volume-based groups.

In response, the bigger consultancies will seek to broaden their higher-value services, both to make good lost income, but also to better answer the client question, ‘Who is my main brand partner now that my media budget is so fragmented?’

At the same time, there will be a race for perceptual ‘brand leadership’ in the new world. The winners in this race will be the ones who best combine global practice with real on-the-ground client presence and recognise that the role of the brand in emerging markets has as much to do with attracting and keeping (scarce) talent as it does with attracting (untold numbers of) consumers.

Brand is on the board agenda in a way we only dreamt of five or ten years ago.

But this means that people other than marketers are taking an interest and may ask different questions and have different expectations. This is probably a good thing, which will undoubtedly challenge many of the players in the ‘branding’ industry (if there is such a thing).