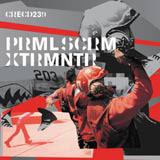 Like thousands this Christmas, I was given a copy of Eats, Shoots & Leaves by Lynne Truss. She didn’t give me the book, you understand. What I meant was, it was written by Truss. I thought about writing ‘Lynne Truss’s Eats, Shoots & Leaves’, but you can’t be too careful. Her book is subtitled The Zero Tolerance Approach to Punctuation. And she means it.

The book is a publishing phenomenon, a bestseller. But, of course, the astonishing thing about its success is its subject matter: punctuation. My first instinct was to dislike it. I assumed it was a reactionary, back-to-the-1950s tract for Daily Telegraph readers. There is always the suspicion that literary pedants – ‘sticklers’ as Truss calls them – are showing off, flaunting their superiority over the less well-educated. And anyway, getting hoity-toity about punctuation in an era of texting and e-mail is a bit like calling for the return of saluting policemen and TV newsreaders in dinner-jackets.

But it is not in the least snooty. Truss is endearingly quick to poke fun at her obsession with the correct use of commas, dashes, question marks and capital letters. For example, she is particularly indignant about a ‘printed banner’ she saw on the concourse of a petrol station. ‘Come inside,’ it says, ‘for CD’s, VIDEO’s, DVD’s and BOOK’s.’ She is equally enraged by the title of the film Two Weeks Notice: ‘Guaranteed to give sticklers a very nasty turn,’ she seethes, ‘its posters slung along the sides of buses in letters four feet tall, with no apostrophe in sight.’

But I was struck by something else in this book: a curious omission. Truss asserts that we are witnessing the collapse of national punctuation standards, but astonishingly, she makes no direct reference to the role of graphic designers in this. She deals out sharp whacks to sub-editors, takes hefty swipes at global entertainment corporations and puts the boot into greengrocers, but graphic designers escape scot-free.

I suppose we should be glad about this. Graphic designers don’t need any more bad press. When they are mentioned outside professional circles it is usually to be abused for charging too much for tweaking a much-loved logo or giving a daft name to a new conglomerate. Yet it’s odd that Truss spares graphic designers, because many of the examples she gives of atrocious punctuation are undoubtedly the work of designers sitting at Apple Macs using industry-standard software.

North Design senior partner Sean Perkins thinks so. ‘[Designers] are major culprits,’ he says. ‘There is no excuse for grammatical and punctuation errors. It’s down to laziness, carelessness, ignorance and lack of concern. Our job is about using the English language to communicate, so it has to be correct. We occasionally hire copywriters to correct our work. We’d do this more often, but time and budgets prevent it.’ Perkins admits to his own uncertainty about the finer details of punctuation and suggests this is common among most designers.

Truss almost outs designers when she turns her wrath on the unnecessary apostrophe in the name of erstwhile Pop Stars band Hear’Say. The errant tadpole in the name excites an explosion of venom: ‘Idiotic showbiz promoters stick apostrophes in names for purely decorative purposes,’ she thunders. But an ‘idiotic showbiz promoter’ wasn’t responsible: the logo was created by Form.

Form partner Paul West says, ‘The name conjured up the idea of using speech marks. The H and Y are fashioned on single inverted commas, and as the name is two words I wanted a device to separate them. I linked them graphically while harking back to the original inverted comma of the H. It was never meant to be rocket science.’

Truss strays even deeper into the world of graphic design, bemoaning the ‘inexorable rise of lower case into book titles, TV captions, company names and everything on the non-case-sensitive Internet’. But this is where she and I part company. There’s a critical difference between grammatical howlers and what she disparagingly calls ‘graphic frivolity’. Yes, let’s preserve meaning and clarity at all times, but our perception of meaning and clarity changes.

If Truss and her vigilantes have their way, graphic designers will have less scope for novelty and innovation at a time when increased visual literacy means individuals can cope with graphic inventiveness that plays fast and loose with the traditions of punctuation. For example, Intro designed the album cover for Primal Scream’s album Exterminator, deliberately leaving out the vowels (Primal Scream became Prml Scrm; Exterminator became Xtrmntr). No-one would be able to read it, said a nervous record company. But the album was successful, the design won a few awards and no-one died.

Perkins concurs: ‘I’m a fan of taking creative license and substituting dashes, slashes, pluses, points and colons for graphical effect. But this should only be used to enhance the message and create an improved visual solution. It must be done with great skill and concern as the message should always be grammatically correct.’

Despite escaping Truss’s wrath, designers have a professional responsibility to ensure they don’t contribute to an accelerated decline in punctuation standards. Many designers are fastidious and hyper-attentive to typographic and punctuational detail. But when graphic designers moved from reliance on trained typesetters to personal computers to generate typesetting, standards fell. Perkins says this removed the ‘last line of defence between designers and their lack of punctuation skills’, leading to lots of poor typography. Let’s hope Truss doesn’t cotton on to this. She might turn up at your studio with a magic marker. She’s deadly serious.