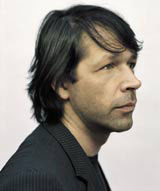 Manchester City Council is set to appoint a creative director and has invited seven top-flight designers to apply for the post, Design Week can exclusively reveal.

Alan Fletcher, Malcolm Garrett, Javier Mariscal, John McConnell, Peter Saville (pictured) and Michael Wolff are all understood to have been invited to discuss the position. It is believed McConnell declined to participate. The seventh name remains unconfirmed.

First discussions took place last week and a shortlist of candidates will now meet MCC chief executive Sir Howard Bernstein before a final decision on the appointment is made.

MCC director of marketing communications Susan Hunt confirms the council is recruiting for the role, but would not discuss details of applicants or next steps, though she says a decision is expected ‘fairly quickly’.

Industry sources say the position will be on a consultancy rather than full-time basis. It will encompass branding but is not limited to the creation of a marque.

‘It’s more than just a logo for the city,’ says a source close to the project.

Hunt would only say that the appointee will be responsible for determining how the city’s Hemisphere-created brand strategy is ‘creatively applied’.

Manchester has been in the throes of a regeneration process since 2000, led by its hosting of the 2002 Commonwealth Games, which saw a host of projects, including museums such as Urbis and the Imperial War Museum North, come to completion.