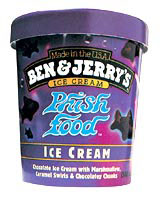 On a recent trip to Vermont in the US we found ourselves at the home of Ben & Jerry’s on the day after the news broke about the Unilever takeover.

As UK residents, the press were very interested in our thoughts on a UK company buying a strong US brand with such a distinct personality.

It was apparent from the US press that there was a real problem; the Americans felt very strongly about the loyalty issues now that Ben & Jerry’s is owned by Unilever.

There appeared to be a very strong devotion to the company and Americans were already deserting the brand. Their main concern, which was shared by many of Ben & Jerry’s staff, was the possibility that the strong personality of the brand may be lost.

While touring the factory, it was clear that the company’s image is far bigger than the business. To imagine the size of the brand and then see a very small factory producing a relatively small number of products was a surprise. This, I am sure, will change as Unilever opens up Ben & Jerry’s to a worldwide market.

Americans want to keep Ben & Jerry’s to themselves. I doubt this is what Unilever has in store for the company.

I would recommend a visit to the Ben & Jerry’s factory as it was a most enjoyable and interesting tour.

If nothing else, it is good to see us taking over a US business. Let’s hope this makes Ben & Jerry’s huge range of flavours available to everyone, not just those lucky people in the US.