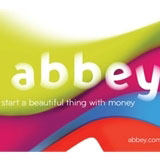 Abbey gave signs this week that it could look beyond its relationship with Wolff Olins for the forthcoming redesign of its credit cards.

Abbey is yet to appoint designers for the project and will not automatically hand the work to the brand consultancy. According to a spokeswoman for the bank, Abbey has not yet decided whether the card design project will be put out to pitch or handled in-house.

Wolff Olins came under pressure in March 2005, when its high-profile rebrand of the company was ditched just 18 months after it was unveiled. However, the consultancy was retained by the bank.

The current cards feature the Wolff Olins-designed Abbey identity, but the forthcoming range will reflect the branding of Santander Central Hispano, designed by Landor Associates in 1986 and introduced to Abbey after it was bought by the Spanish bank last year (DW 3 March 2005).

The card relaunch will be overseen by Abbey’s incoming managing director of credit cards Roger Lovering, who took up his post on 18 April.

Abbey’s two existing cards are run by MBNA, but this arrangement comes to an end next year, when the company will start to manage its own cards. It may also introduce additional cards to the range, according to the spokeswoman.