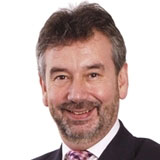 A survey of forecasts by media business owners for merger and acquisition activity has highlighted that significant activity is anticipated within the marketing services and advertising sector.

According to the study, carried out for Grant Thornton and Denton Wilde Sapte by research group Mergemarket, 62 per cent of survey respondents anticipate that industry consolidation within the media-based companies – including creative groups – will increase over the next 12 months, and 94 per cent expect it to increase or remain the same.

Furthermore, 78 per cent of respondents to the survey expect sales revenues within the sector to increase or stay the same over the same period.

M&A is one of the key drivers for corporate branding opportunities in the design market. Grant Thornton head of media and entertainment Terry Back says, ‘We anticipate a lot more activity to come in this sector of the media market over the next year or so.’

The predictions are published in the same week that Goldman Sachs co-chief executive Scott Kapnick forecast that the ‘bull run’ in global mergers and acquisitions is set to continue, fuelled by public-to-private deals as companies turn away from increasingly regulated public markets.

He also suggested that, for many sectors of industry in Western Europe, consolidation was occurring to offset low growth levels.

Sustainability is integral to top-level leadership