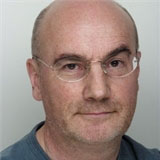 A few weeks ago, if you’d asked me what the word ‘soca’ meant, I’d have said it was a style of Caribbean dance music, popular in the 1980s with people who liked to dance in shell-suits, while drinking Pina Coladas. Hot Hot Hot, by Arrow, is perhaps the premier soca tune of choice. Ask me today, however, and the answer is that Soca is an acronym for the Serious Organised Crime Agency.

Soca is a sort of British Federal Bureau of Investigation. The Home Office claims that it’s an ‘elite force’ using ‘high-tech, 21st-century technology to uncover the new wave of crime bosses’.

The Government is planning to spend £400m a year on Soca, to enable it to fight drug-trafficking and organised illegal immigration. It will have 4300 staff, including 120 officers based in 40 countries. It will not be part of the police service, but will have the same powers as the police.

So, this is a serious organisation. And you’d have thought it would deserve a serious logo. But, yet again, a public body has managed to produce a logo that has invited only ridicule and invective.

The main accusation levelled at the new Soca logo is that it is a reworking of the Thundercats marque. It certainly bears a strong resemblance to the emblem of the 1980s children’s TV animation series.

Both logos feature a roundel, containing a stylised representation of a snarling cat – a panther displaying an unnerving amount of sharp teeth and claws.

In the Soca logo, the panther is looming over a ‘graphic’ globe/ above the roundel sits a modern-looking crown.

Really? Well, if you want to keep a low profile, it is perhaps a good idea not to have a logo that looks as if it might have come from a Wu-Tang Clan T-shirt.

And, anyway, why is a publicly-funded body being coy about its logo? As a tax-payer, I’d certainly like to know how much it cost, and, as a designer, I’d like to know who designed it.

Searches on the Internet have produced very little in the way of hard facts about Soca’s new badge, but there’s no shortage of discussion and speculation – including the usual amusing and fanciful conspiracy theories.

I’m loathe to be too critical of this logo. It is not dull and it has more zip than the anodyne ‘brand marques’ normally favoured by new Government agencies.

But you’d have to question whether cartoon menace is the correct graphic mechanism to strike fear into ruthless drug gangs and merciless people-smugglers. I doubt it.

The FBI uses a traditional ‘seal’ conveying the full imperial power of the US state. Interpol uses a globe, pierced by a sword and surrounded by heraldic trappings. The Metropolitan Police has married a traditional-looking motif with sans serif typography. Compared to these emblems, the Soca logo looks lightweight.

Yet, I suppose, any organisation that thinks it’s a good idea to adopt the name of a style of jolly dance music will think that a logo featuring a cartoon cat is also a good idea. Perhaps it even test-marketed it on its target audience?