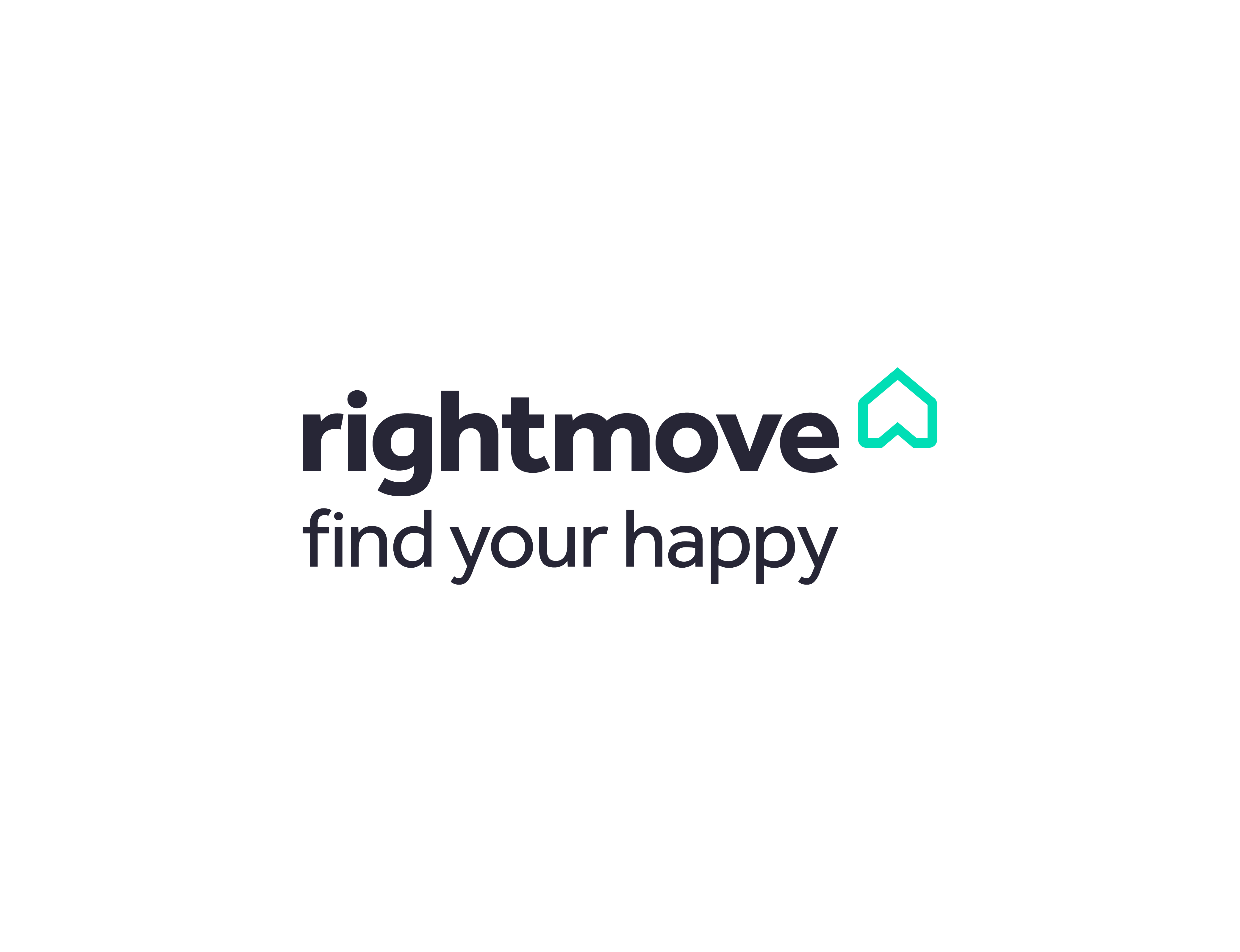 Property search giant Rightmove has been rebranded, swapping out its three-dimensional house icon for an arrow-shaped outline.

Rightmove is next to jump on the trend of minimal logos, taking on the new symbol which could be viewed as both a directional arrow and a basic house shape. The logotype has also been made bolder and is now set in Effra.

The colour palette has also been brightened up, with the icon now appearing in turquoise, bright blue and a cherry red.

Consultancy The Team, which has completed the rebrand, says the aim was to “humanise” Rightmove and place more emphasis on the “find your happy” message.

The new arrow symbol changes in colour and rotates, which aims to convey the idea of searching for your happy place, and aims to offer the logo “movement and direction”.

There’s a questionable contrast between attempting to humanise a brand through creating a logo which is more stripped back and minimal – and therefore less lifelike. But The Team’s justification is that the new logo, with its rounder edges, brighter colours and softer logotype, will allow customers to connect with the branding in a “more emotional” and “less rational” way.

The new visual identity rolls out from 13 December, and follows a redesign of the Rightmove website, which was led by the company’s in-house design team this year. 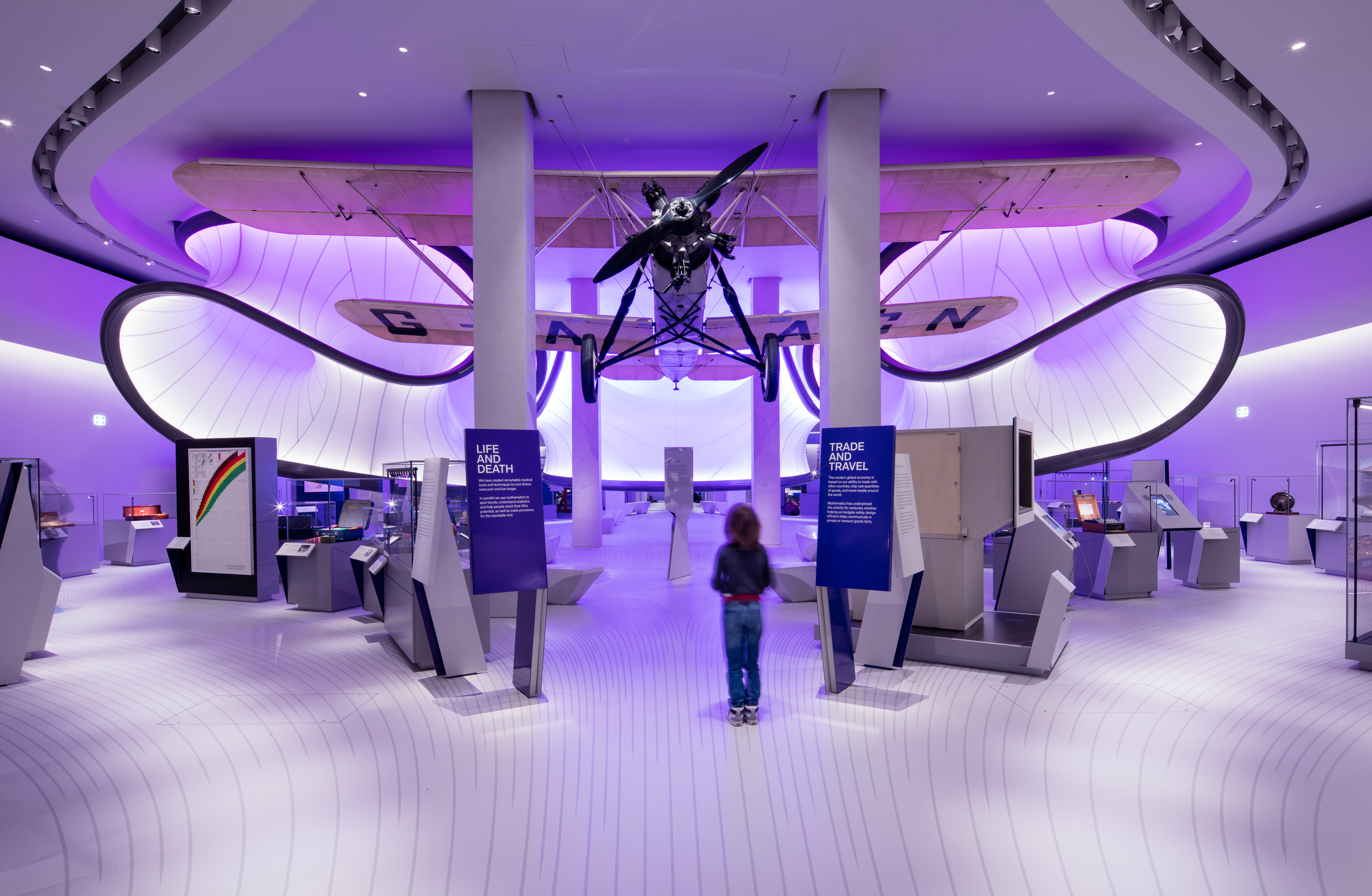 A new gallery based on mathematics opened at the Science Museum this week, and was one of the last projects worked on by the late Zaha Hadid.

Seen to completion by Zaha Hadid Architects, the Winton Gallery interior design is based on the fields of turbulence which form around an aeroplane wing.

The gallery includes more than 100 exhibits which explore the importance of mathematics in history.

Hadid herself studied mathematics at university, and is reported to have said that math “was an everyday part of life” when she was growing up in Iraq.

Alongside the opening of the gallery, the Science Museum has also launched its new Digital Lab, a new programme which will use modern technology to explore existing collections.

One of the first projects will be an exploration of the Handley Page aircraft at the centre of the mathematics gallery through virtual reality, allowing visitors to “fly” in the plane and learn about how maths underpins its design. 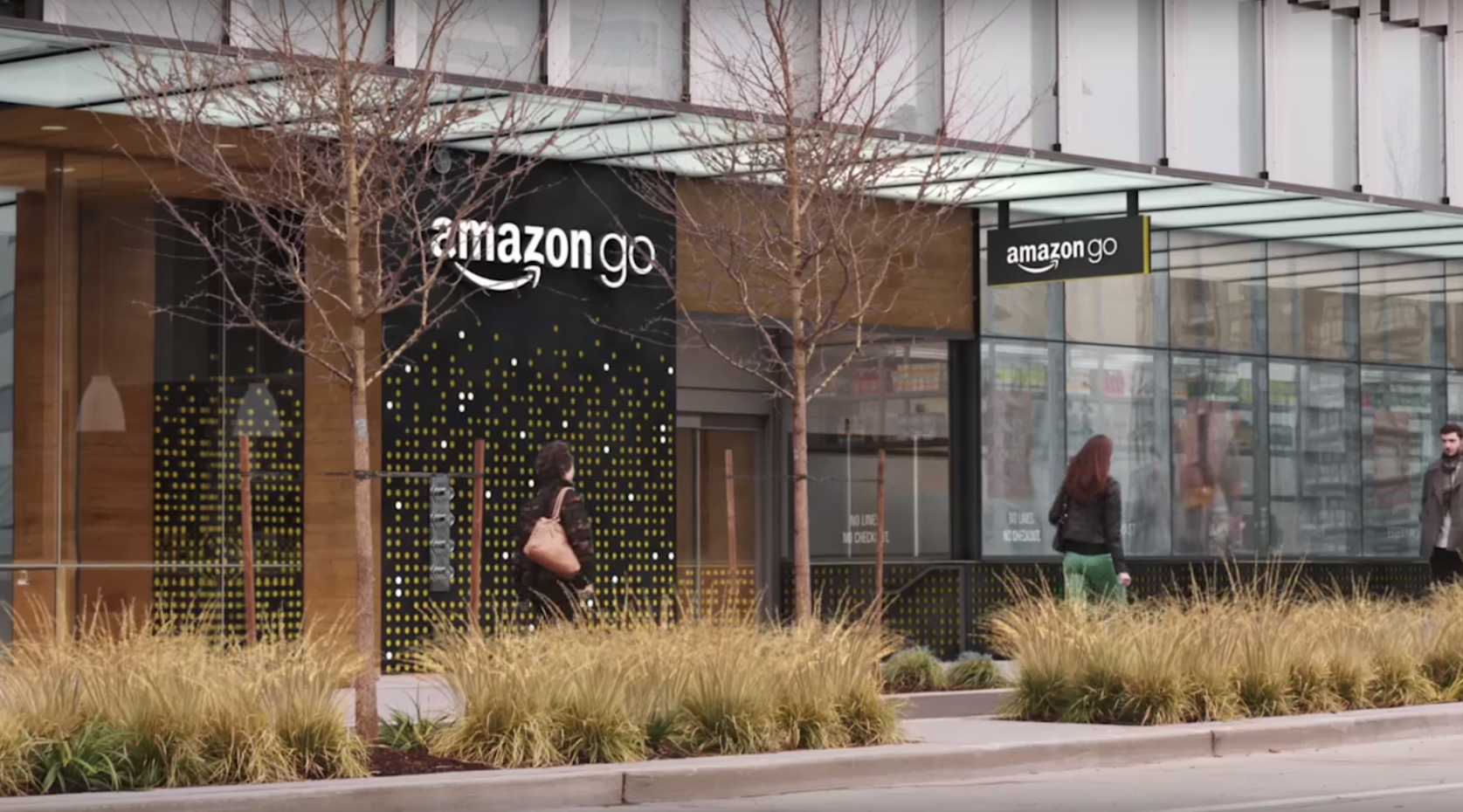 Amazon has recently branched out from online to bricks-and-mortar when it launched its first physical bookstore in Indiana, the US in 2015.

Now, the online retail giant is set to open a convenience and grocery store in Seattle – but customers won’t be paying for items at checkouts.

The Amazon Go store will allow shoppers to legally shoplift, as they walk out the store with items in hand and are charged automatically via an app instead.

The technology uses sensors to detect when products are taken from and returned to shelves.

The concept is expected to open in Seattle in early 2017, and Amazon is yet to confirm whether this streamlined shopping concept will roll out further.

While the new design process is sure to speed up grocery shopping, the concept is yet another step in limiting human interaction even further than the solitary self check-out experience – that is, of course, until they break. We’re hoping this advanced technology won’t fail, causing people to unintentionally shoplift.

Carlsberg Export rebranded – and hinted towards a flagship rebrand 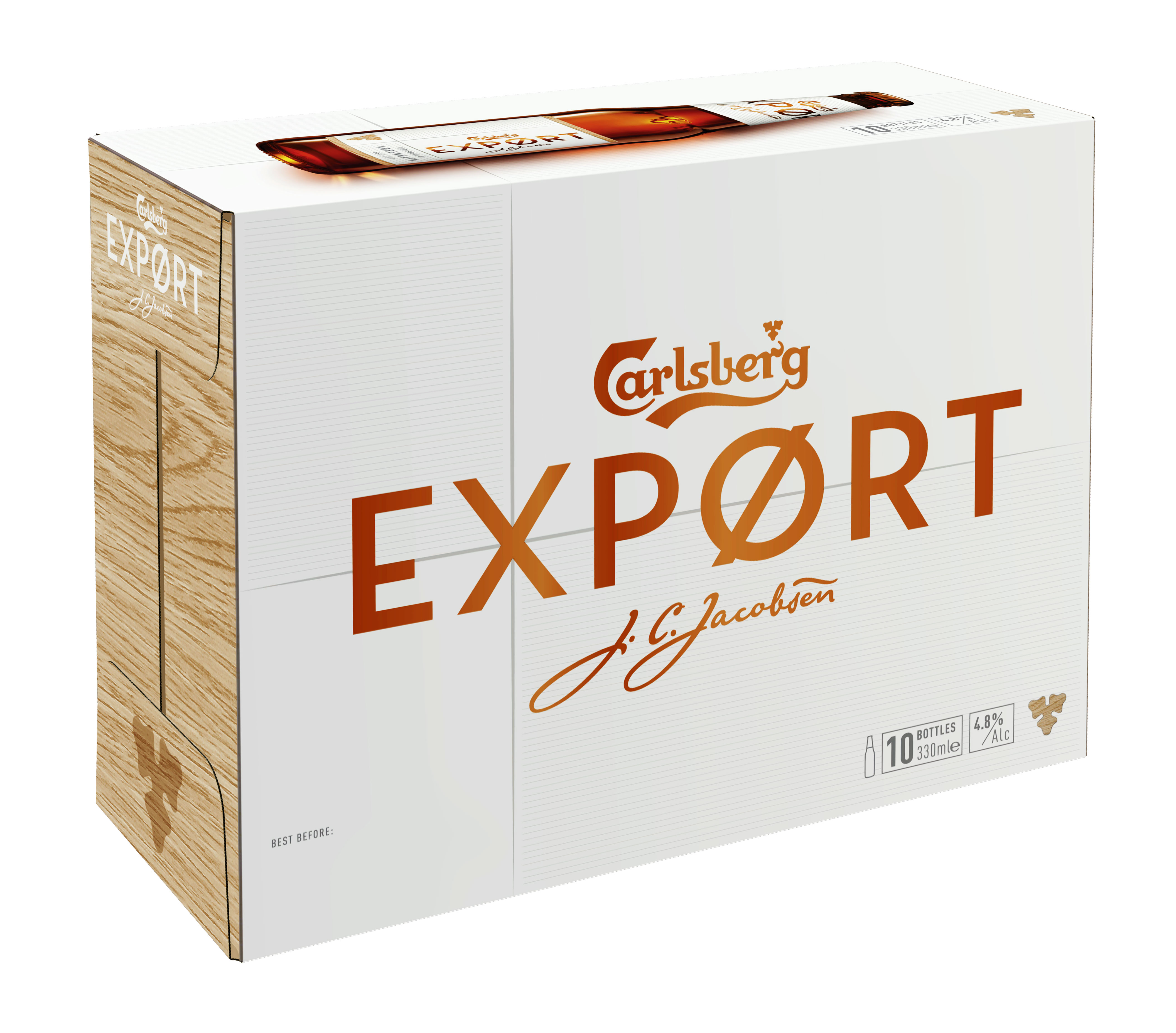 Lager Carlsberg Export rebranded this week with a design style that aims to go back to its Danish roots – interestingly, just for the UK market.

Designed by Taxi Studio, the new branding takes on a minimal, contemporary look based on Copenhagen design style, leaving behind the bright green bottle with the hops symbol that featured previously.

Spencer Buck, creative director at the consultancy, says the design hopes to bring “a touch of Denmark” to the UK, and reflect Denmark’s design mantra of “beautiful aesthetics and incredible functionality”.

The logo now also features a slashed ‘O’ within ‘Export’, referencing the letter in the Danish alphabet – though it’s a playful bit of fake authenticity, as the word isn’t actually pronounced like this in Danish. “The slash device anchors it in the Nordic region, but it’s also a little bit tongue-in-cheek,” Buck says.

Carlsberg has hinted at a wider rebrand for the company to come, saying that the new Export branding and packaging design, which rolls out in February 2017, is the “first step towards revitalising its flagship brand”.

Buck says the consultancy hopes the new design will make the beer appear more “premium”, as the pack design was previously letting down the beer itself. 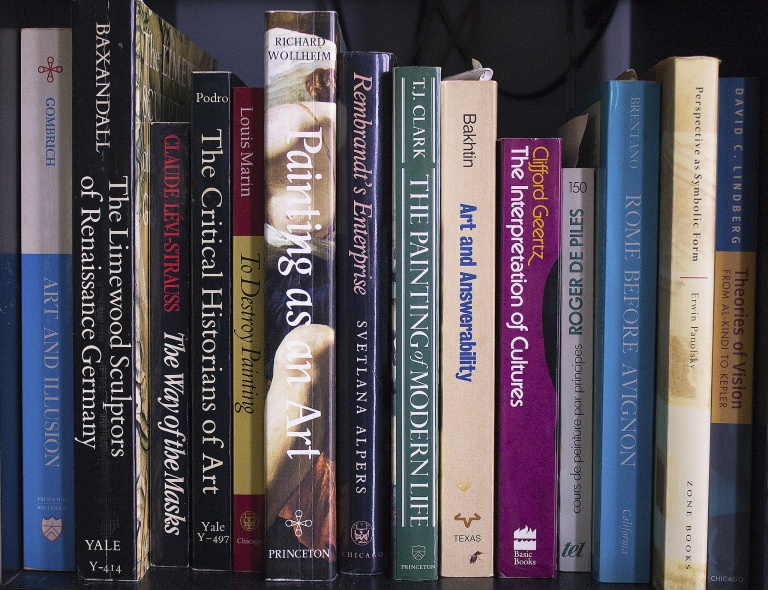 In October, art history A-level was set to disappear as the last exam board – AQA – to offer the subject said it would be scrapping it.

But following this decision, a change.org petition was set up to save the subject, arguing that it provided young people with wider understanding and appreciation of arts and culture.

Designer Peter Higgins also wrote an enraged comment piece for us, arguing that academic and cultural subjects such as art history helped to teach designers about important design and art movements that would then guide their own creation.

“Creatives rely on the power and quality of their person hard drives,” he said. “And for many, history of art A-level is a fundamental starting point.”

Now, given all the online coverage the topic has had, and a petition which saw more than 8,000 signatures, the subject has been saved – exam board Pearson has confirmed that it will develop a history of art A-level as of September 2017.

In response, we asked designers their opinions – they were elated at the decision, telling us that subjects such as art history teaches the importance of context and “stops people from designing in a bubble”, and that the emphasis on STEM – science, technology, engineering and maths – subjects in neglect of arts subjects should continue “to be challenged”.

Pantone names Greenery as 2017 colour of the year

The Team looks to “humanise” Rightmove in rebrand

Designers on Harry and Meghan’s 'royal' ban: “Rarely has a brand launch been so highly anticipated”

Prince Harry and Meghan Markle may not be using their ‘Sussex Royal’ in future branding, following news that they will become independent from the royal family. The name is currently