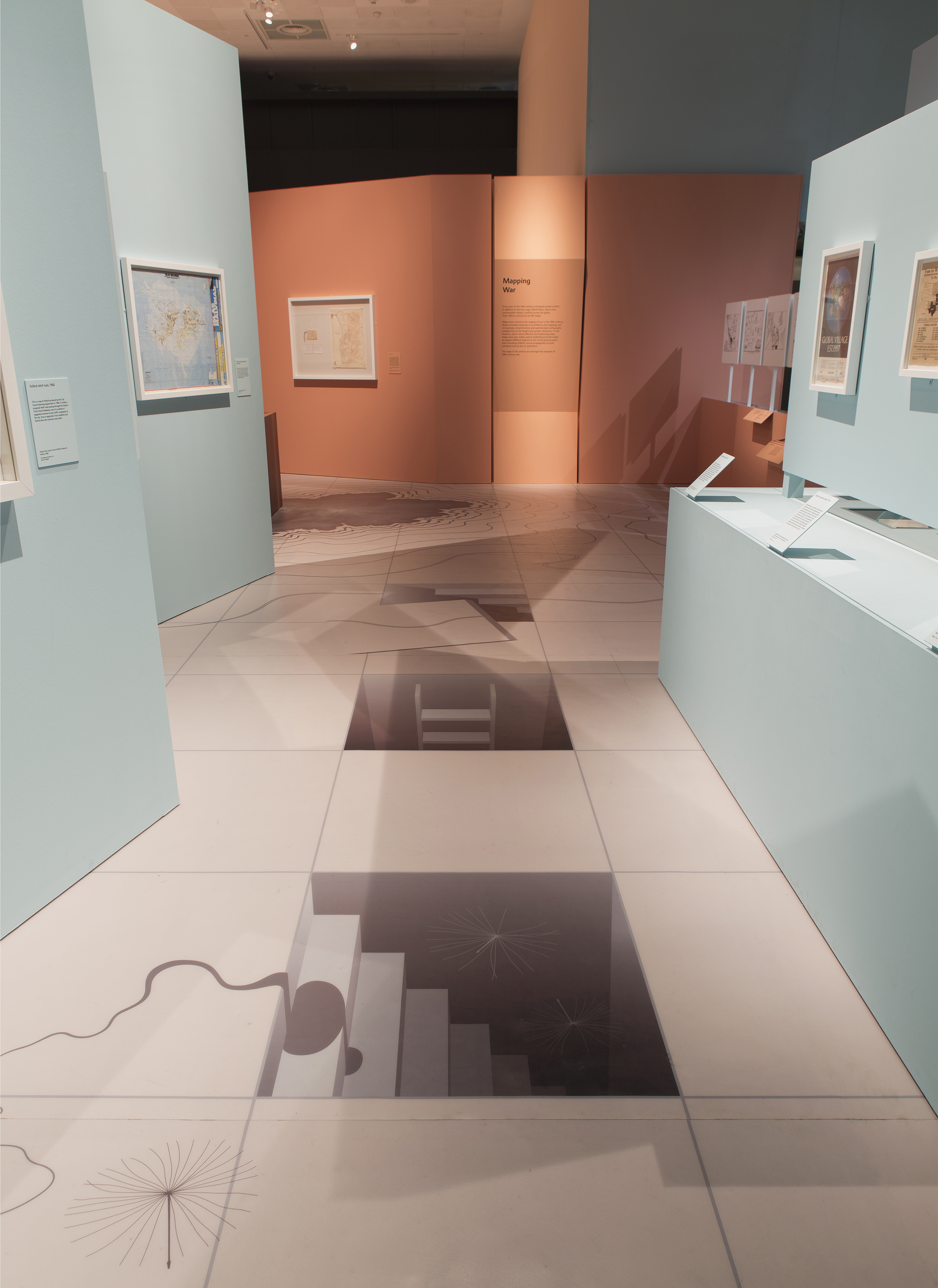 Northover&Brown has designed an exhibition on 20th century maps at the British Library, which gives visitors the impression they have stepped onto a map.

Across the entire footprint of the exhibition the floor is an illustrated canvas featuring illusory graphics such as steps, which disappear at a vanishing point.

“Placing the visitor onto a map immerses them in the experience and provides them with moments of surprise throughout the exhibition,” says Northover&Brown director Mel Northover.

According to Northover the narrative of Maps and the 20th Century: Drawing the Line, unfolds like a map, and supports the exhibition’s main ideas and messages – particularly that of “the ubiquitous nature of maps and journeys”.

The exhibition is “currently the largest floor graphic of its kind in the UK at approximately 650m2,” says Northover, who with co-director Alison Brown has created a 3D expression of a 2D format.

The floor, plinths and walls are all part of the canvas of the exhibition, which maximises the surface area of the space and gives the impression of a folded map being unfolded.

The colour palette has been drawn from the look and feel of maps, with different sets of colours helping to tell different stories. To express maps from the mid 20th century, lighter colours have been used. 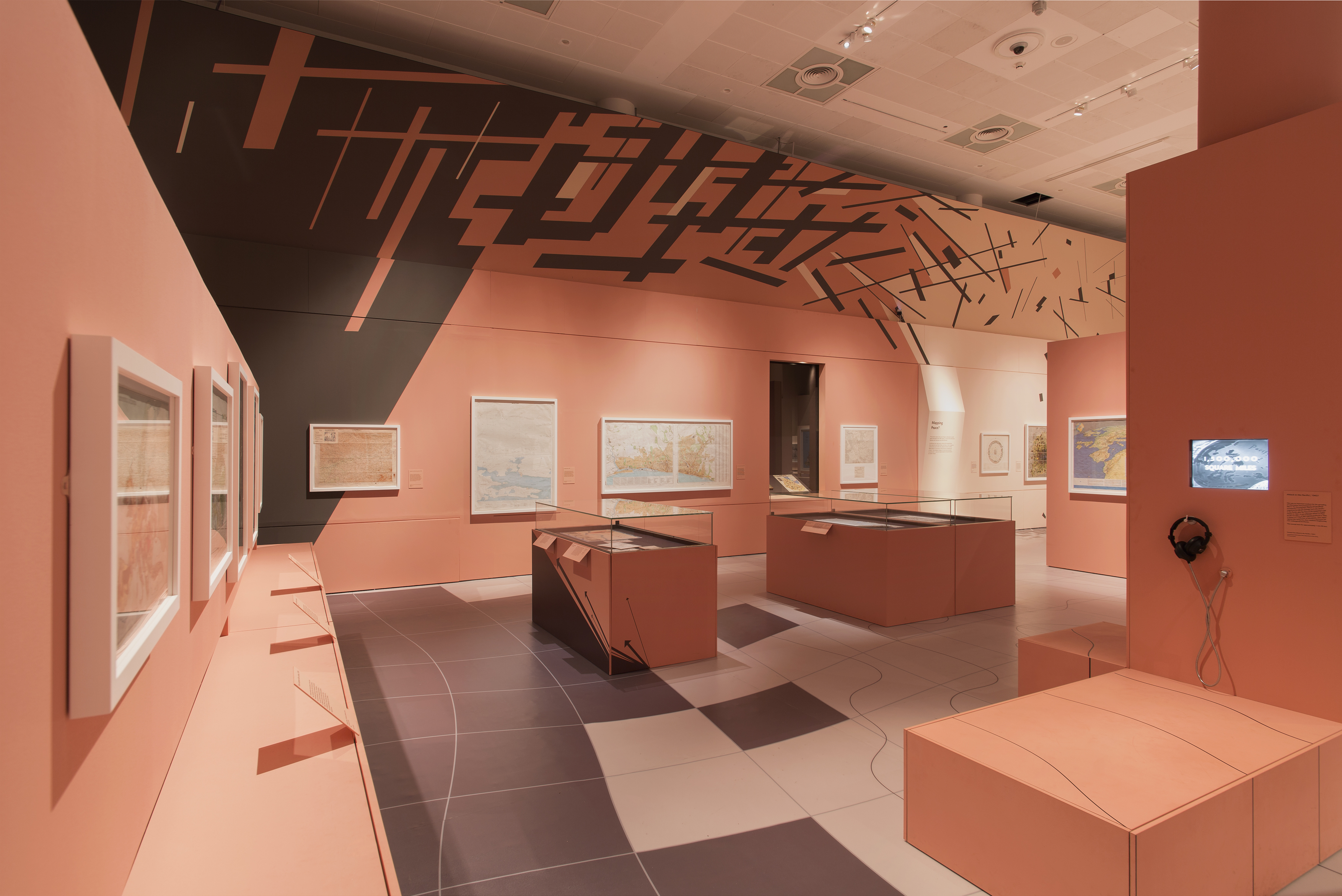 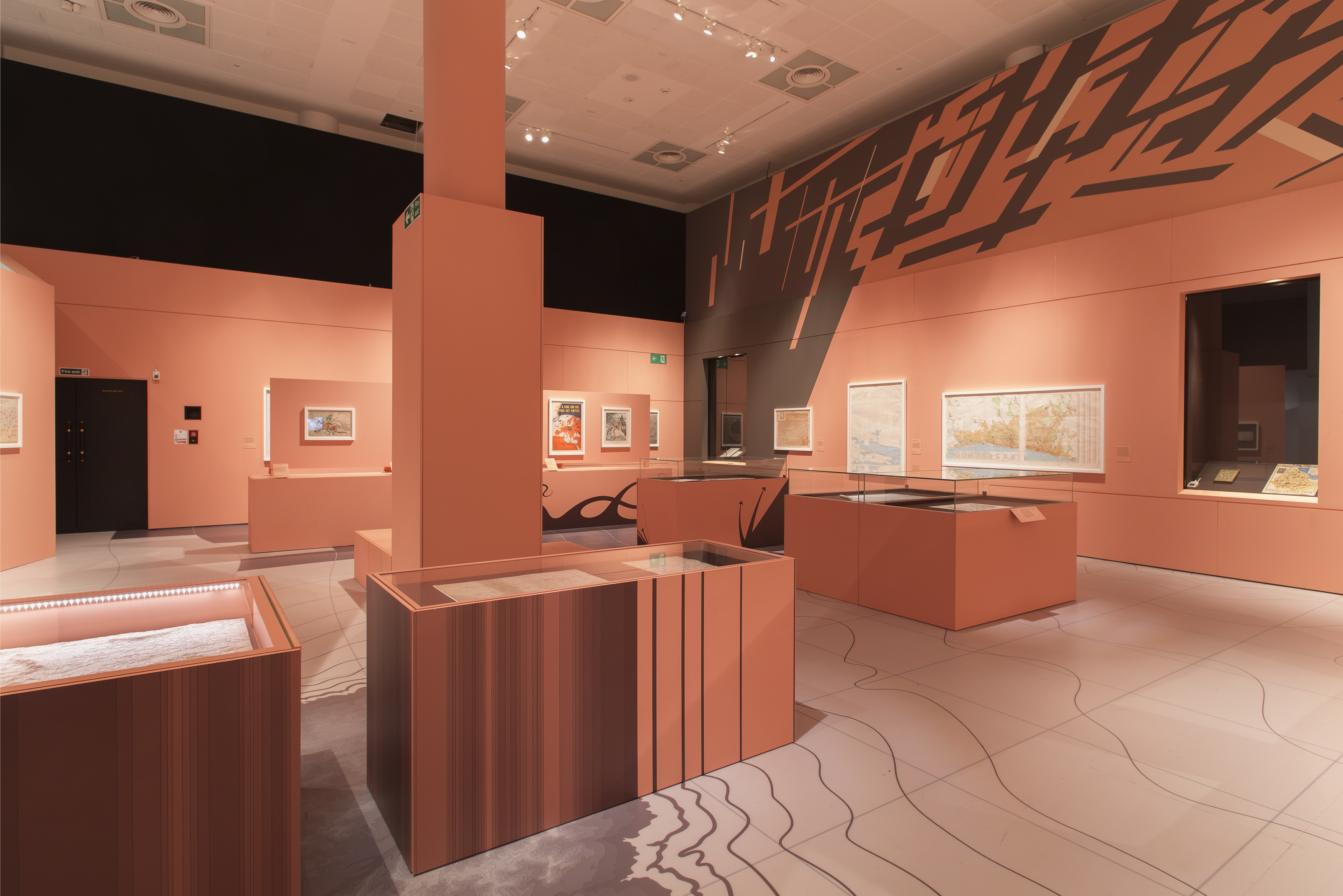 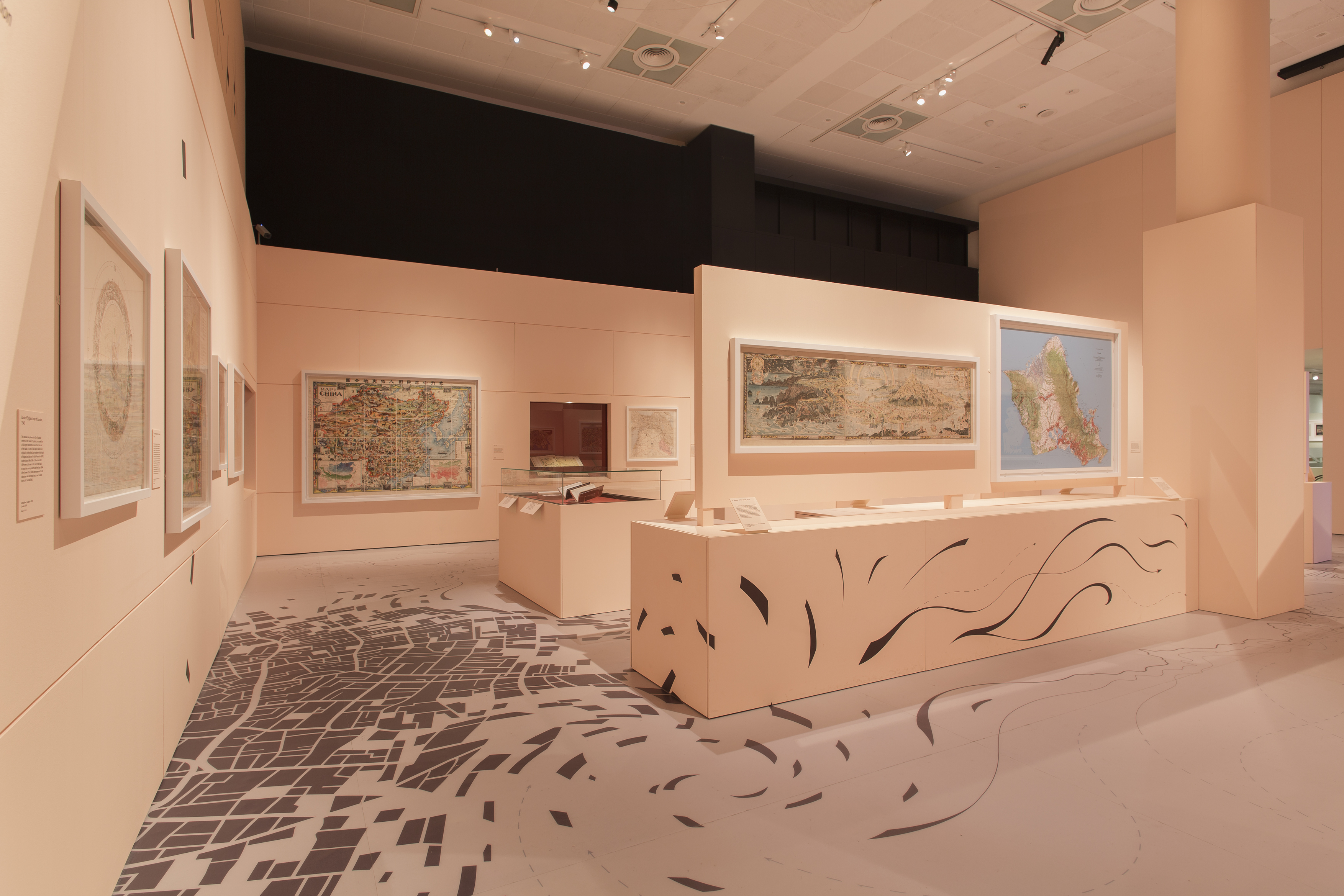 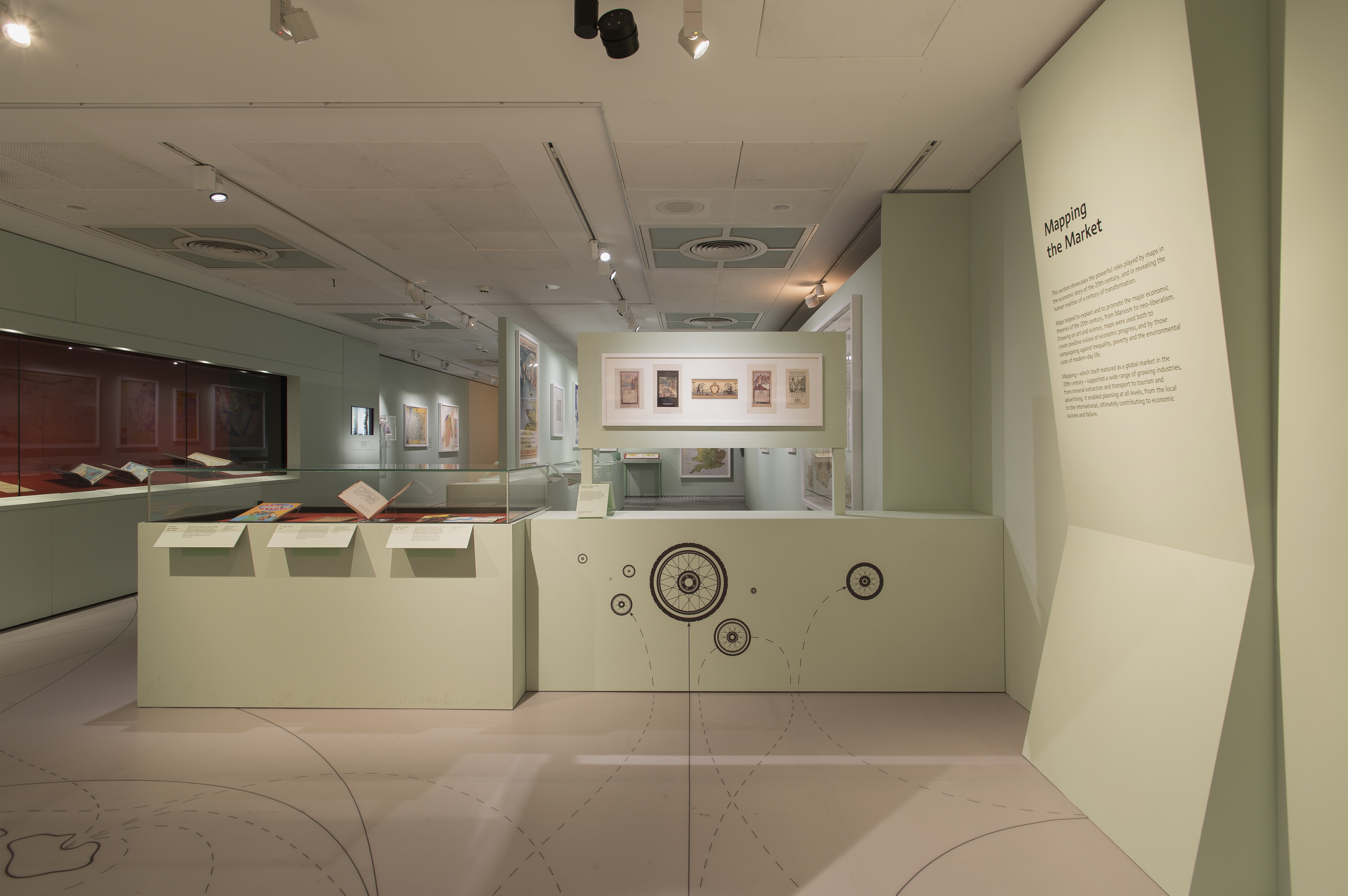 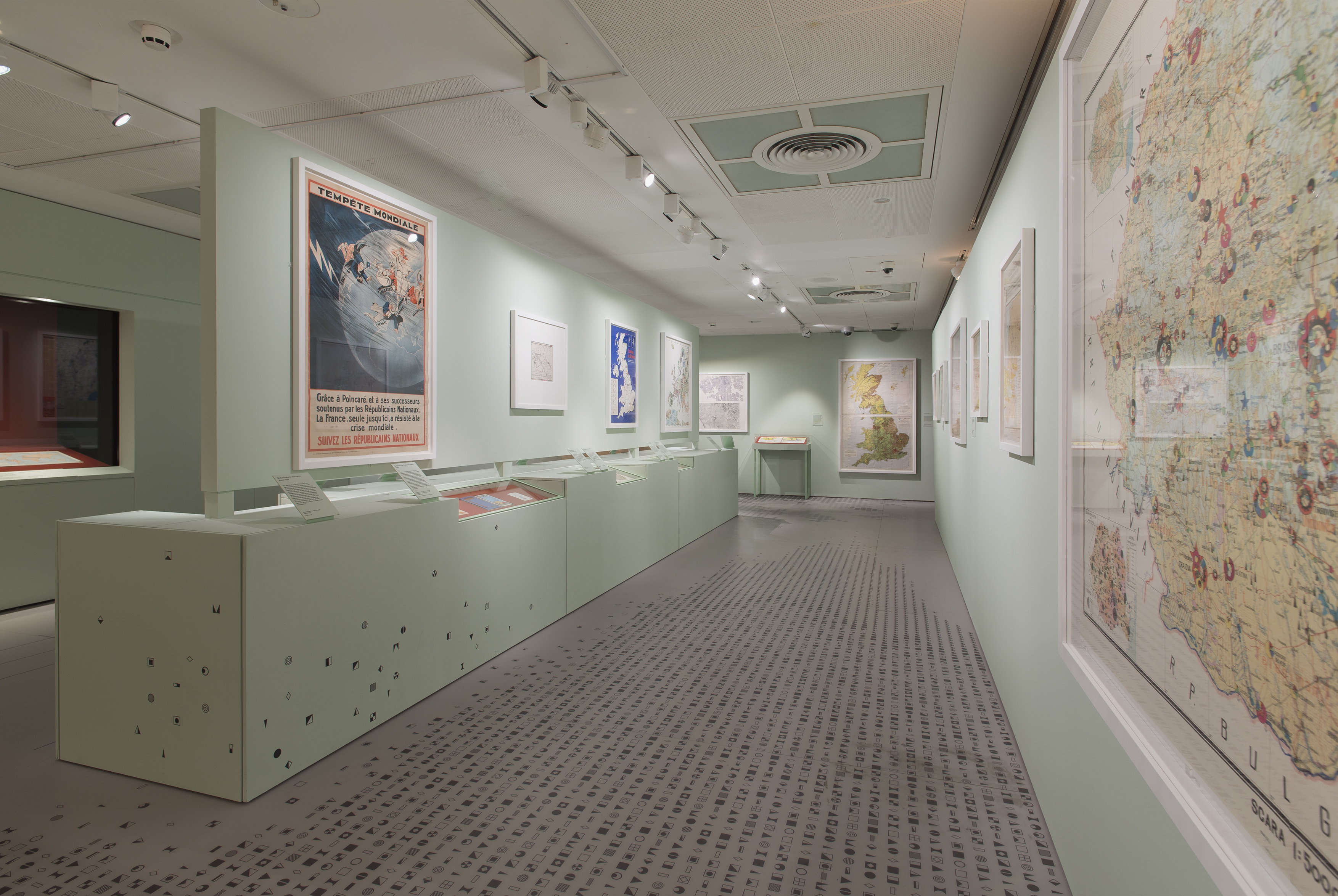 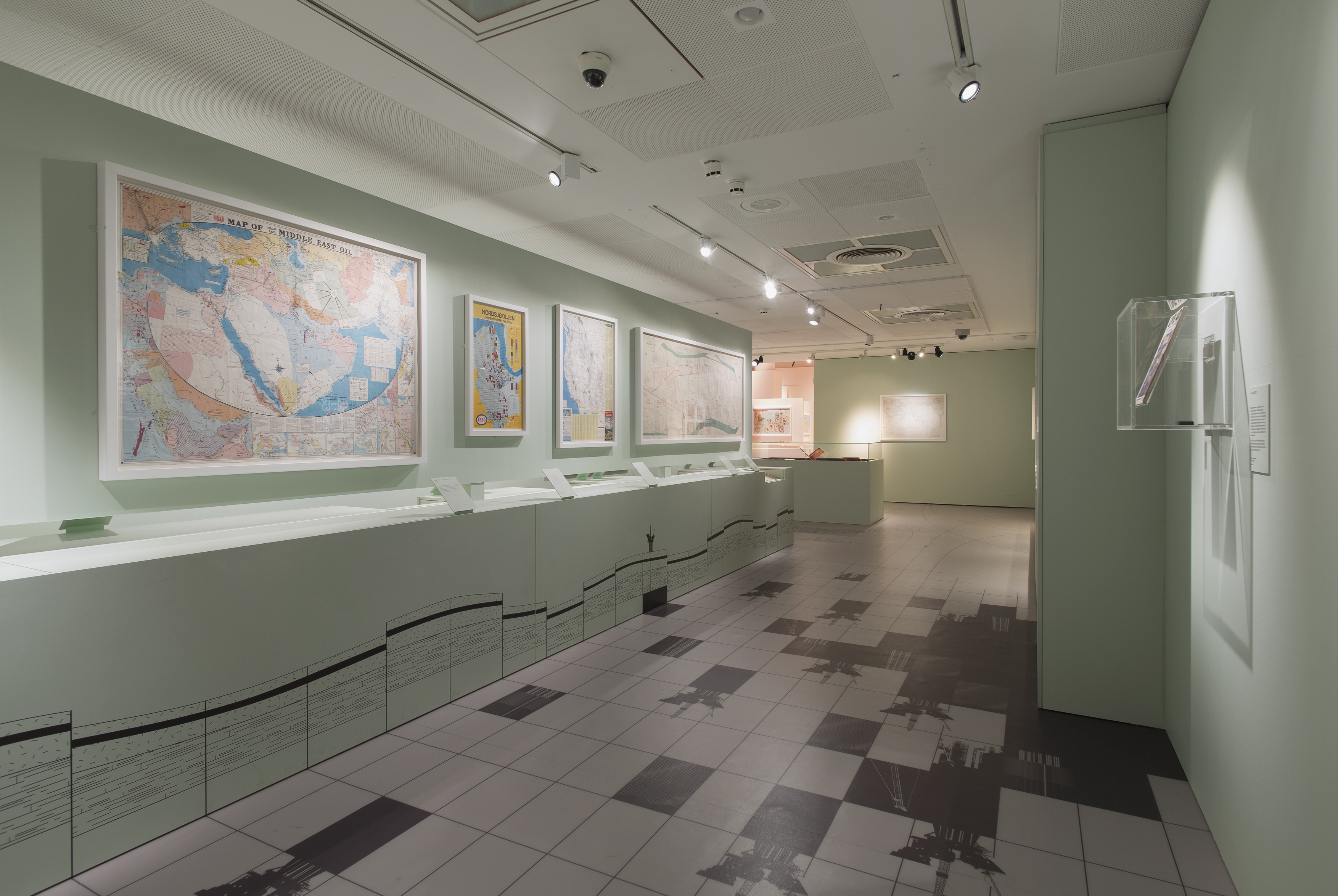 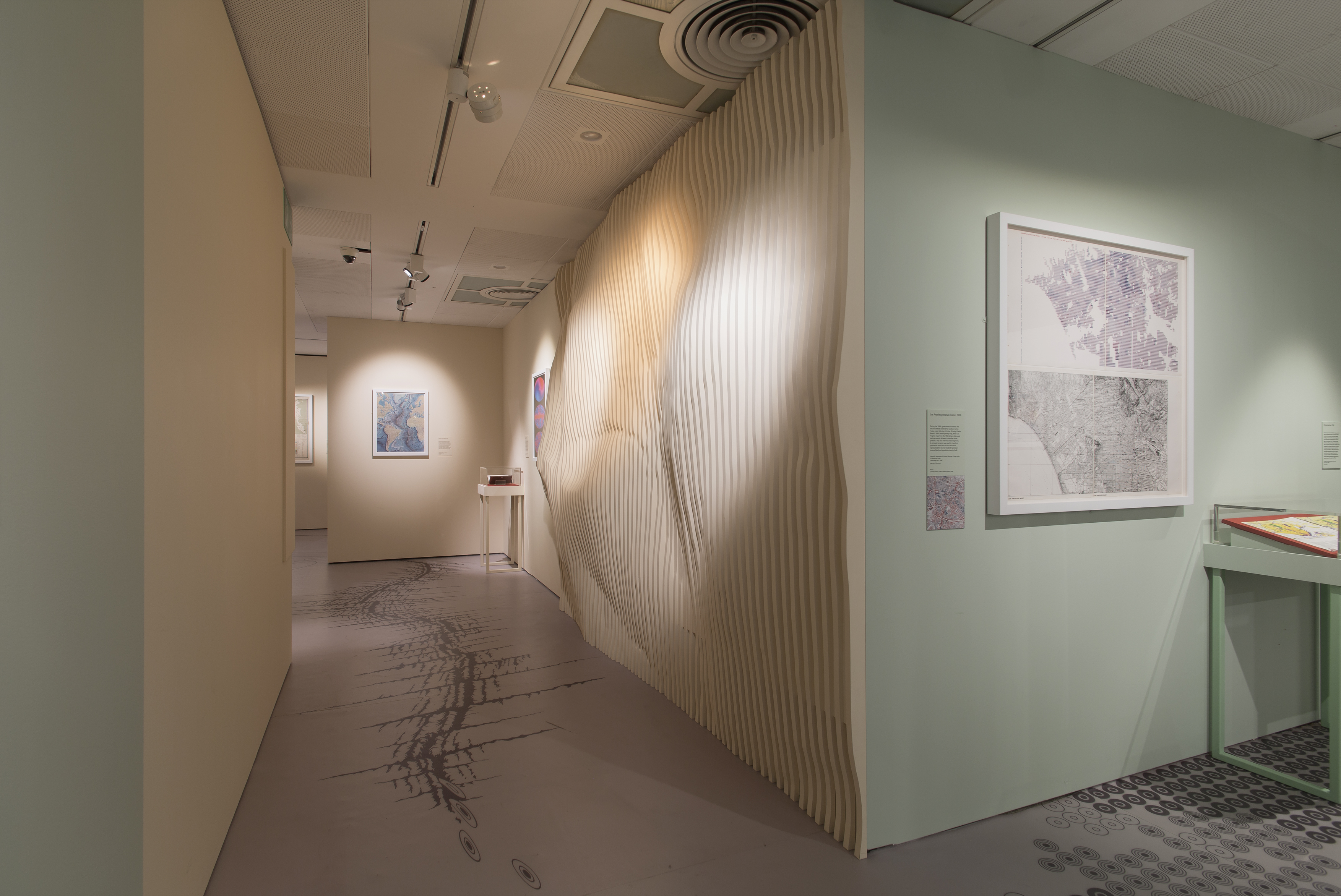 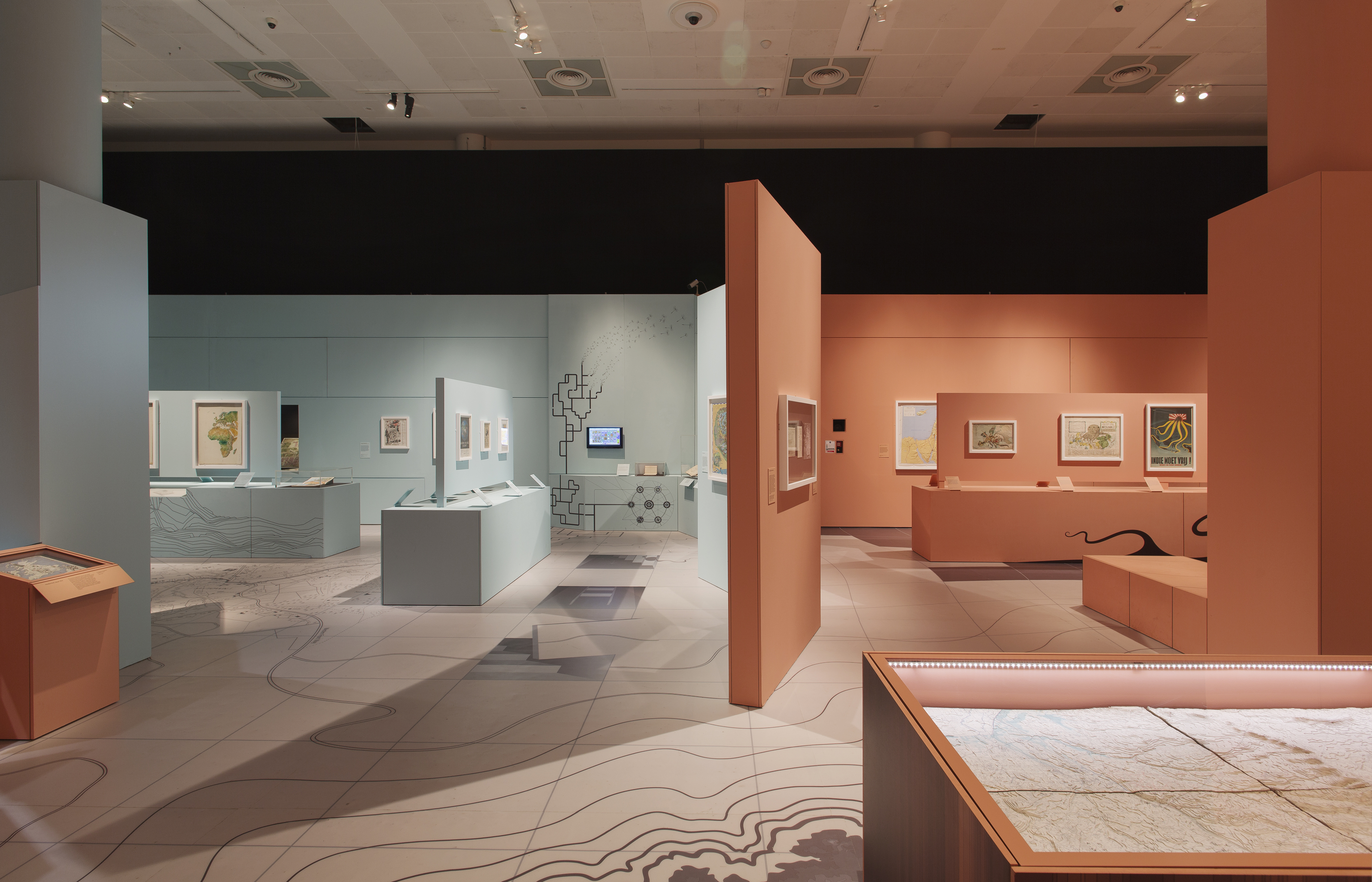 Carlsberg Export goes back to Danish roots with rebrand