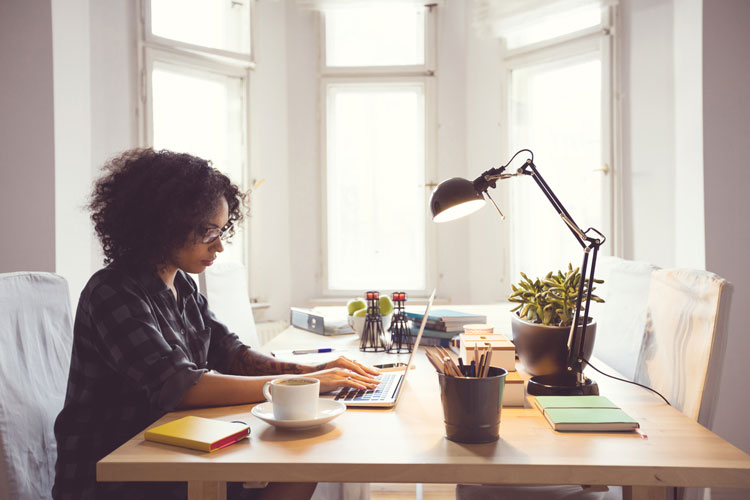 Freelance designers could see improved workers’ rights as the Government rolls out reforms that aim to help those who are self-employed, part-time and working zero-hour contracts.

The Government’s Good Work Plan follows an independent review conducted by Matthew Taylor, CEO of the Royal Society of the Arts (RSA), which looked at the impact of “modern working practices” such as an increase in the number of people who work flexible hours or who freelance for many employers – otherwise known as the “gig economy”.

The reforms aim to improve the “protection” of and “benefits” for freelance workers, as well as hold employers who mistreat them to account through higher fines.

Other reforms include stopping unpaid interns from doing the job of paid workers; publicly naming employers who fail to pay damanges for legal disputes involving employees, such as around unfair dismissal, redundancy payments and employment discrimination; and increasing the fines that employers could pay in these tribunals to £20,000.

The Government also plans to provide agency workers – those who are initially employed by an agency and contracted out to work with many different companies – with a clearer breakdown of their payments and costs; allow all workers to ask for flexible working hours if they wish; and launch a new campaign to encourage working parents to share childcare.

It also says it will provide clarity around employment terms, such as whether someone is an “employee”, a “worker” or “self-employed”, to help individuals and businesses work out what rights apply to them and what tax they need to pay.

Employees currently have the most workers’ rights, such as entitlement to the national minimum wage, statutory sick pay, maternity pay and redundancy pay. Workers are entitled to the minimum wage, and a self-employed person has very few rights. Full definitions can be found on the gov.uk site.

Analysis – what does the design industry think?

Currently, there are double the amount of self-employed people in the design industry compared to the UK workforce as a whole, according to research from the Design Council.

A quarter of designers are freelancers

Over a quarter – 27% – of designers are freelancers, compared to roughly a sixth – 15% – of the whole workforce. Fashion and graphic design are the disciplines with most freelancers, and product, industrial and digital design have the least.

Industry organisations are happy that the Government is making a step towards better working rights for freelancers, but say there is much more work to be done.

Adam Fennelow, head of services at the Design Business Association (DBA) says that design studios and consultancies thrive off taking on freelancers because of the flexibility and low cost it offers them.

“Due to the peaks and troughs of project-based work, being able to call on freelancers during busy times and then not have the costs during quiet times is key to the profitability of many design studios,” he says.

How desirable is being a freelancer these days?

But, while freelancers are more desirable due to being less of a long-term commitment to design studios, the benefits of being self-employed dwindle in that they have far less rights than other workers, and so the Government must do more to bring all workers’ rights on to a par, Fennelow says.

“Self-employed freelancing has become less advantageous in the last year with new tax rules and red tape so we may see a growing number of freelancers wanting to be classified as ‘workers’,” Fennelow says. “The question is – would design studios choose them over freelancers who are self-employed?”

Training needs to be available

Jack Tindale, manager of design and innovation at Policy Connect, adds that while plans to increase fines and punishments for wrong-doing employers is positive, the Government must ensure that freelancers are given access to the same resources as full-time employees while still allowed the “freedom” to work across many projects and commissions at once.

“Government must ensure that freelancers are offered access to the same legal protections as full and part-time workers, such as access to employment tribunals,” he says. “Serious cuts to legal aid have seriously limited the access that freelance workers have to these. It is important that this is reconsidered.”

Tindale adds that lack of access to training is a major issue in the freelance creative community, such as around financial, legal, business and intellectual property (IP) training, and that the Government should look to improve this and make sure all workers in the sector are “aware of their rights”.

In fact, recent research from the Design Council conducted with freelance designers found that one of the biggest issues raised was access to legal advice and support, particularly around protecting their IP, with one freelancer saying that the lack of training courses inhibits freelancers in being able to learn about copyright. “Many freelancers learn the hard way,” they say.

Another issue was lack of understanding around finances, with one freelancer saying that the current tax system favours big organisations and design consultancies because they have the “money and resources to wade through it all”, adding that “simplified tax codes” would help the situation for freelancers.

Unaffordable workspaces was also found to be a big problem for freelancers, with many having to resort to working in small and unsuitable spaces in their own homes.

Ben Tallon, a freelance designer and illustrator, adds that while the “shift [in protecting freelancers] is welcome”, another major issue in the design industry for all workers is unpaid internships, and should be a Government priority in employment reforms.

“I hope unpaid internships are properly policed in order to protect young, hungry people looking to break into the creative industries, who I feel have been exploited too often despite many years of expensive education,” he says.

Tindale also adds that as well as protecting UK workers’ rights, the Government should forward-plan for Brexit and introduce a special “freelancers visa” to improve the rights of creative international workers, so that their right to stay is not completely dependent on salary or profession.

Ultimately, industry bodies also want to see rights improved across the board, not just for the self-employed. Sarah Weir, CEO at the Design Council, says that freelancing is an “important part” of the design sector but that it is “absolutely crucial” that workers’ rights for both employees and self-employed people in the design industry are protected.