In terms of refinement we have seen an internet of things that work become a reality – a range of smart household goods can now be controlled remotely by phone – and wearable tech that is finally starting to become wearable, or at least bearable, as design addresses aesthetic and desirability issues.

The consolidation of wearable tech and smart, connected objects is being brought about by an increased ability to sense.

Shawn DuBravac, chief economist and director of research of the Consumer Electronics Association, which runs CES spoke at the conference about “the sensorisation of consumer tech.”

He was referring to the proliferation of things like biometric devices for self-monitoring the likes of brain waves and heart rate, which have become more widespread as sensors have got cheaper and computing has become more advanced.

This has allowed what DuBravac calls “the digitization of everyday objects” and means that anything can now be given this capability – not just health and fitness equipment.

Indeed objects that were once benign have now become intelligent as they gain the ability to sense.

Car manufacturers made a big impact at CES this year with their wholly sensorial cars, which are able to drive themselves, listen to commands and talk to pedestrians.

Last year Mercedes showed a couple of impressions of what it’s driverless cars might look like but now it has unveiled the snappily titled F015 Luxury in Motion, designed as a place to relax, work or retreat into rather than just a mode of transportation.

Inside seats swivel to face each other, eye tracking and gestures control six screens and passengers can talk to the car to tell it where to go.

A laser projection system on the front allows the vehicle to detect traffic and other obstacles including pedestrians, which it can communicate with by “talking” to them and by beaming a pedestrian crossing onto the ground.

The tech capabilities are almost a distraction though. The car is very much being pitched as a living space. It has a colossal 3.6m wheelbase and the palette has been made as palatable as possible to emphasise this with touches like walnut wood and nappa leather.

In his CES address DuBravac spoke about how driverless cars, which sense the road, will be able to significantly decrease traffic and that we’d start seeing them within ten years.

The holistic idea is that in the cities of the future only self-driving cars would be allowed in, thereby increasing efficiency.

Dr Dieter Zetsche, chairman of the board of management of Daimler AG and head of Mercedes-Benz Cars says: “Anyone who focuses solely on the technology has not yet grasped how autonymous driving will change our society.”

Meanwhile an Audi A7 drove itself (and some journalists) 500 miles across California to the conference in Vegas.

Much more exciting though was an Audi and LG smartwatch, which actually looks rather nice and is packed with functionality including NFC, which allows you to unlock your car.

It runs on webOS and can make calls, so doesn’t need to be paired with a phone, plus it’s made of stainless steel, is water resistant and has a fetching leather strap – although it’s still a prototype, at the moment.

While wearables and sensorial devices dominated the stage there was evidence of the refinement of some other already established innovations – particularly 3D printing and drones.

There has been a lot of fuss about the Voxel8 3D printer for example, which can print circuits composed of a conductive ink. Touted as “The World’s first 3D electronics printer” by its makers there could be limitless design implications if it’s as good as they make out.

The Voxel8 website even gives the example of printing a drone and we do need to give drones a quick mention. If the ones at CES are anything to go by they’re smaller, cheaper and more agile then ever. The biggest concerns still seem to be battery life (around 20 minutes on average) as well as privacy and air space issues.

The Consumer Electronics Association has said the drone market could be worth £86m in 2015. 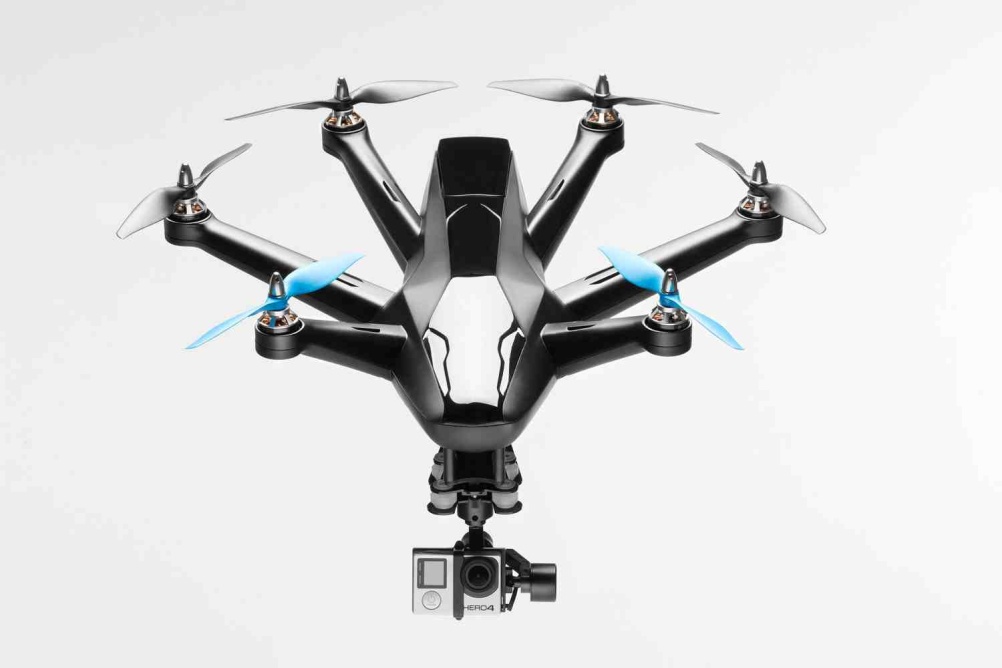 While this example could have sat equally well in our round-up of weird and wonderful CES innovations there has been a lot of hype around the Hexo+, which manages to tick the drone, selfie and GoPro boxes, making it the perfect gift for an ego maniac.

What makes it special though is not just its ability to either hover over you, follow you around or even land itself, but that it can follow a set of complex filming instructions allowing the user to map out sequences that include 360-degree spins, panning shots and zooming.

A Hexo+ app iOS app will follow allowing people to create preemptive storyboards, which can control the drone. This could prove pretty useful for anyone who needs to plan and film sequences but doesn’t want to pay for a film crew. When it launches in March though it will set you back just under £1000.