The doughnut-shaped device is the physical embodiment of the tech company’s voice assistant, Marusya, and hopes to increase engagement across services such as e-commerce and instant messaging, according to Layer. 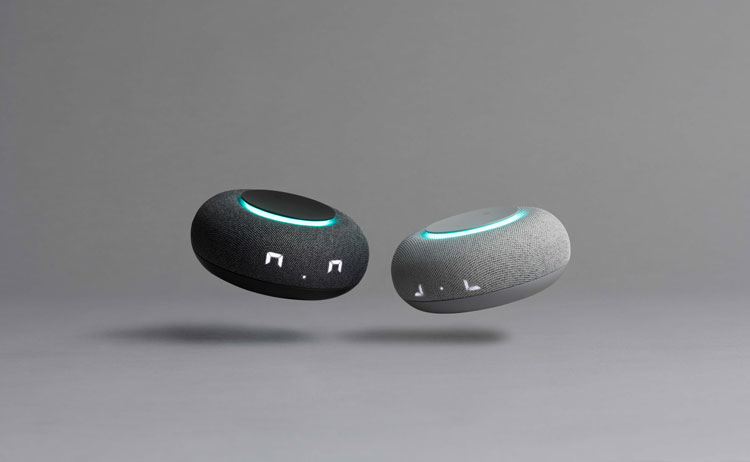 Layer founder Benjamin Hubert says that the voice– and touch–activated product moves away from “the ‘serious nature of more conventional tech products” and seeks to engage a wide audience, not limited by age or tech familiarity.

Capsula Mini uses a seven-segment LED display system which is used to represent two eyes and a nose. This allows the assistant to convey a range of emotions like joy, surprise, sadness and interest. 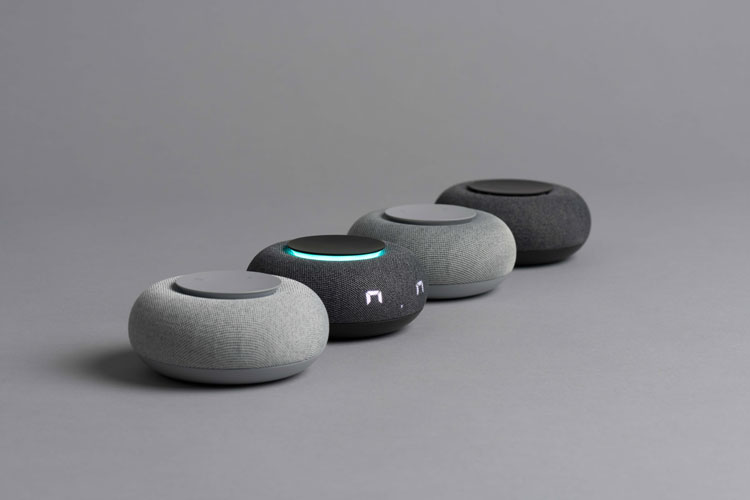 The device will display different emotions according to the task at hand, Hubert explains, such as a gamified element. “If you get a question right, she smiles with her eyes,” the designer says. “If you were to insult the AI, you get sad eyes.”

While it shows the robot’s ‘face’, it can be also used to display the time. This reworks an “old-school” user interface – similar to digital alarm clocks – with a modernising touch, says Hubert.

During the design process, the studio looked at other configurations such as a dot matrix but this was cost prohibitive at the price point, according to Hubert.

Hubert adds: “It’s all about building a relationship with an object in the same way you would a pet for example.”

As well as providing a “fun, friendly presence in the home”, this approach was important in helping Capsula Mini appeal to children and adults alike. “The combination of the lighting and ‘eyes’ amps up its characterful nature and opens up the engagement further to a younger audience,” Hubert adds. 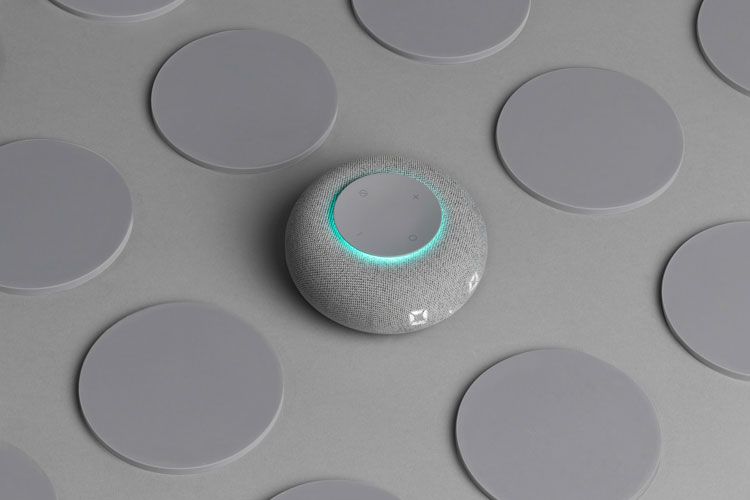 “It was important to make the product really approachable, soft, welcoming and appealing,” he adds.

The smart assistant’s structure has been designed with a “really soft seamless form”, Hubert says. The plastic material used for Capsula Mini has been “transformed to offer a haptically desirable” soft finish, using in-mould texturing. 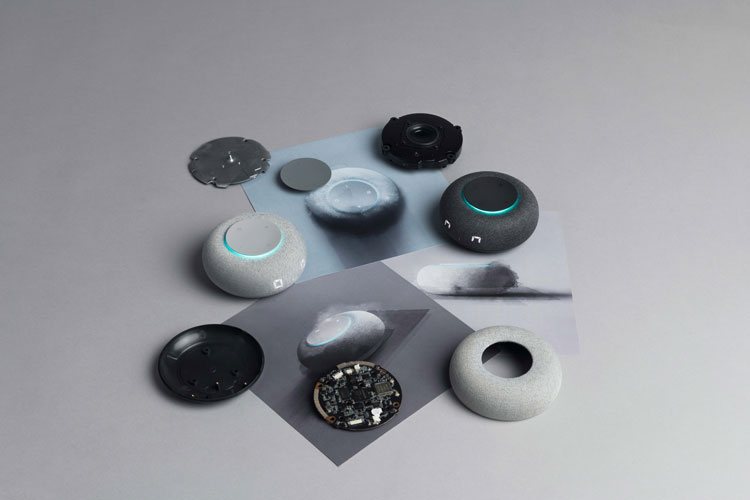 The interface panel allows people to mute, start up the machine or change the volume through varying levels of brightness and colour.

As it plays music, another focus was the sound quality. Despite its small size, the design team explains that a good sound quality was achieved through a full-range driver with an aluminium reflector and acoustic chamber.