Kurppa Hosk has rebranded the Nordic region’s biggest sports retailer XXL in an attempt to revitalise the brand following a period of difficulty.

The design studio, which has offices in Stockholm, Sweden and New York, has crafted a new visual identity and strategy for the retailer, as well as updates to the physical stores. 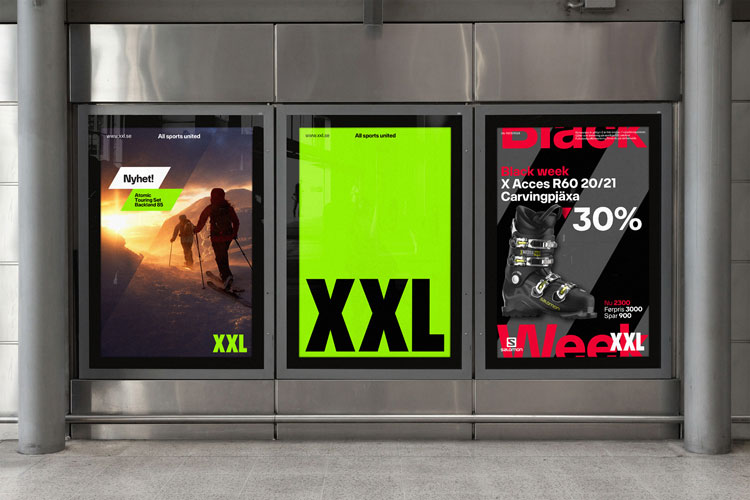 Established in Oslo, Norway in 2001, XXL offers a wide selection of sports gear in its large-scale stores.

Rising competition, a movement towards online shopping and demand for premium, well-known brands has resulted in a tougher environment for XXL, according to Kurppa Hosk. 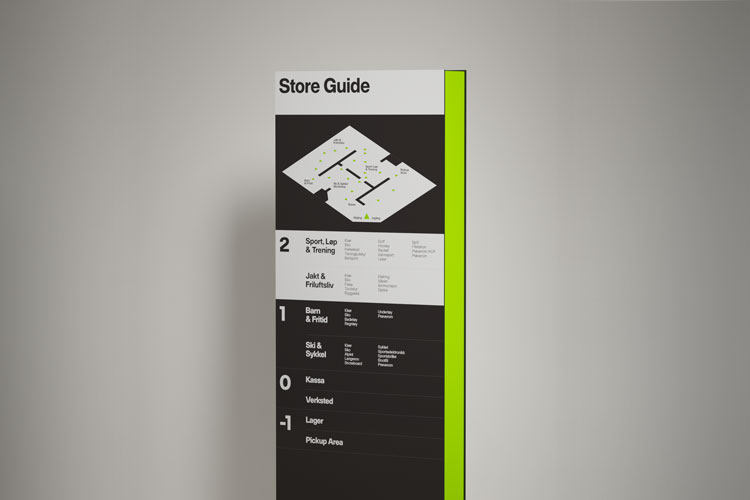 The rebrand aims to shift perceptions away from XXL’s ‘generalist discounter’ label, according to the studio’s chief creative officer Thomas Kurppa. “Everyone knows that XXL has a huge assortment of products to choose from,” he says. “But we want them to understand that we have depth of knowledge and heart too.”

COVID has also accelerated some of the changes within the XXL ecosystem, especially its e-commerce platforms, Kurppa explains. A key focus of the new work was creating an “improved digital design system”, he adds.

This seeks to improve clarity and usability on both the website and app. “One of the best examples of this can be in the new product card construction,” Kurppa says, a framework which creates a unified look for goods online. 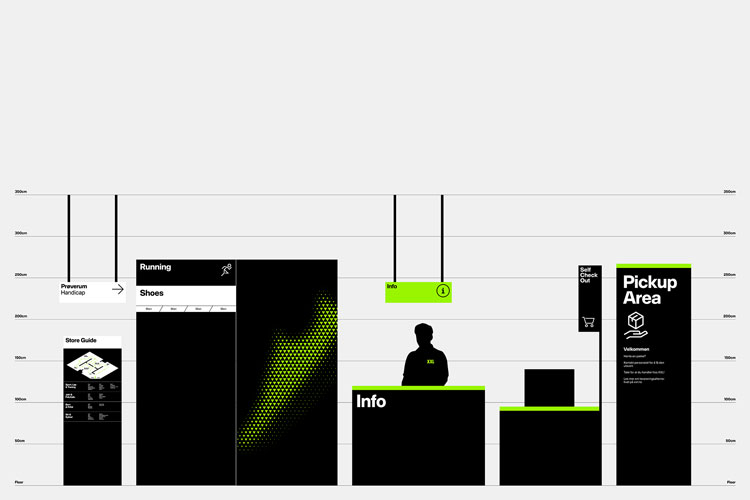 In store, all the design work is new, from wayfinding to pictograms. “The goal here was simplification,” Kurppa says. “XXL’s stores had previously been very hectic environments, with multiple competing elements that were, at times, hard to navigate.”

According to Kurppa, shoppers are now browsing less thanks to the pandemic. Instead, they prefer to research items beforehand and then shop with purpose in-store.

He adds: “The signage, wayfinding and complementary pictograms were therefore conceived to provide a clear shorthand for XXL’s customers to easily find the categories and products they are looking for.”

The series of sport pictograms – which depict activities such as cycling and skiing – were inspired by Otl Aicher’s icons for the Munich 1972 Olympic Games, Kurppa explains. “We felt that was a nice Easter egg for any sporting trivia or design buffs out there,” he adds.

Kurppa Hosk also created a graphic pattern – or “fifth element” – which is founded on a “perfect 60-degree triangle”, Kurppa says.

The equilateral triangle is taken from the intersection of the ‘X’ in the logotype and embodies the idea of “XXL as a uniting destination for all sports enthusiasts”, the designer adds.

This element influenced many of the visual elements, from the iconography to motion work. As well as forming an “expressive element in its own right”, the pattern can be overlaid on imagery, Kurppa says.

It’s also used in more functional applications, such as information displays and as a glyph to denote price reductions. A bespoke typeface, XXL Sans, has been designed in line with the triangle motif. 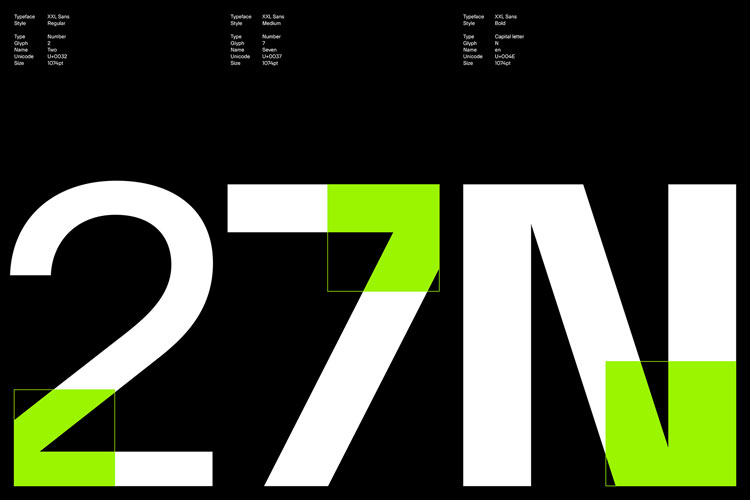 What do you think of XXL’s rebrand? Let us know in the comments below.