Designer and architect Asif Khan’s energy-inspired design for the UK pavilion at Astana Expo 2017 has opened to the public.

More than 100 nations including the UK are participating in this year’s three-month long Expo, which opens today (10 June) in Kazakhstan’s capital city.

The event looks to act as a platform for countries to promote themselves as business and visitor destinations, showcasing national examples of innovation and creativity.

A multidisciplinary team including Khan was appointed to create the pavilion for the Expo in July 2016, following a tender put out by UK Trade and Investment earlier that year in April to design the £2 million pavilion.

The pavilion is titled “We are Energy”, and is based on the Expo’s overall theme of “Future Energy”.

“Human civilisation and our environment”

The panorama surrounds a centrepiece inspired by the architecture of yurts, in order to represent “the timeless connection between human civilisation and our environment”, says Khan.

The transparent elements seen in the centrepiece also become illuminated when visitors touch them, which in turn changes the weather of the landscape seen on the surrounding panoramic screen.

The pavilion is accompanied by an original score by musician Brian Eno that builds in intensity as the visitor explores the installation.

Khan says: “[The pavilion] comes from the idea that everything we see around us, including ourselves, originated from a single place and moment in time, 13.8 billion years ago. Everything is connected – I think this understanding could change the way we think about ourselves and the world around us”.

Khan’s installation for the Astana programme follows the Milan Expo 2015, which featured a beehive-inspired UK pavilion designed by Wolfgang Buttress and Thomas Heatherwick’s Shanghai 2010 pavilion, both of which won best in show.

The UK Pavilion at Astana Expo 2017 will focus on UK innovations and discoveries that have changed the way we live our lives, including the turbojet engine, steam locomotion, electromagnetic radiation and the recently discovered Nobel Prize winning advanced material graphene. 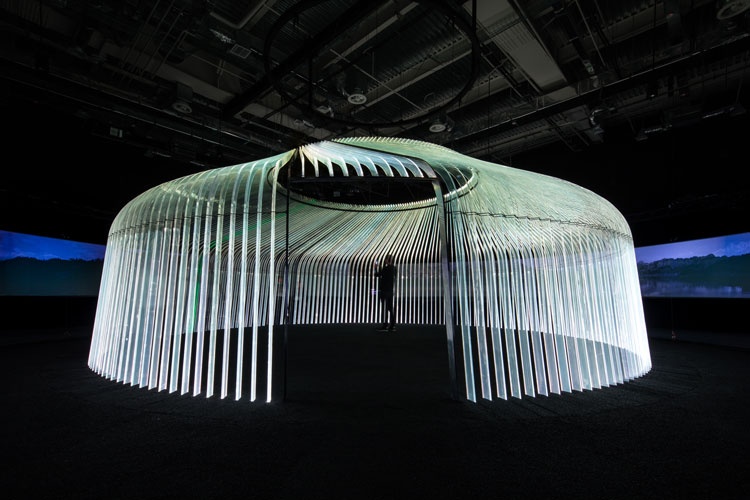 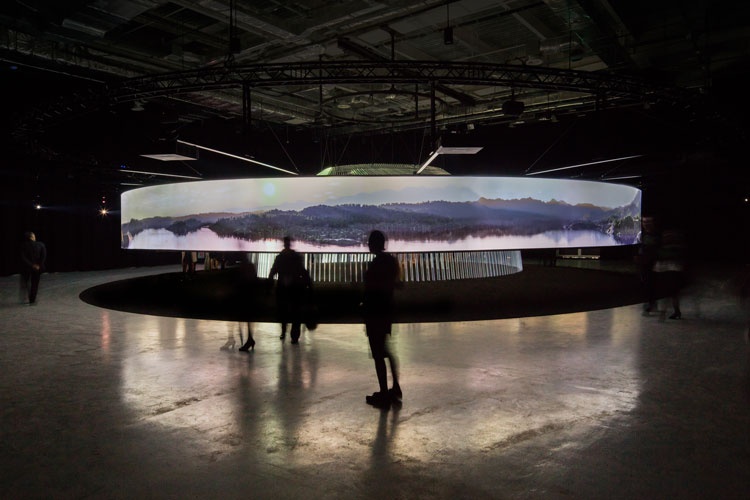 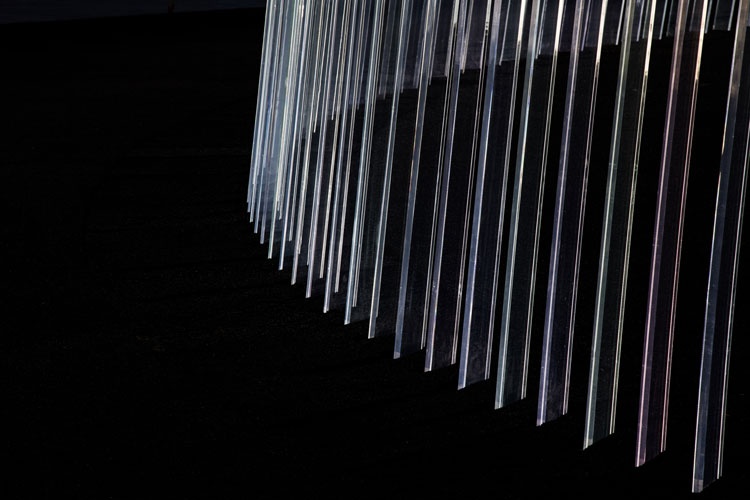 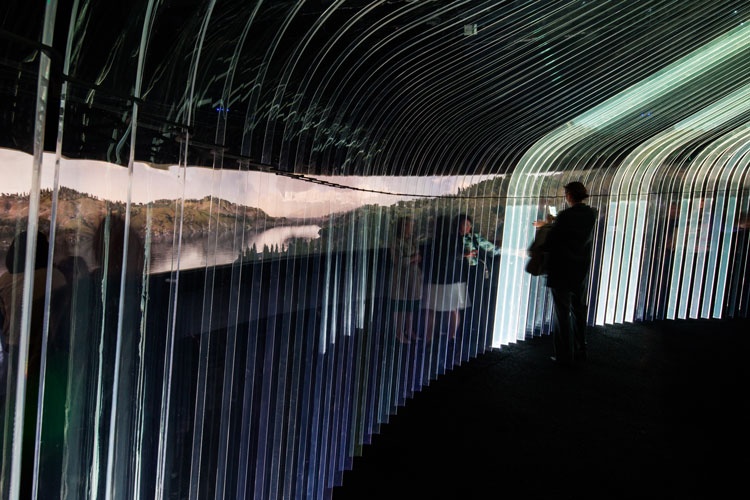 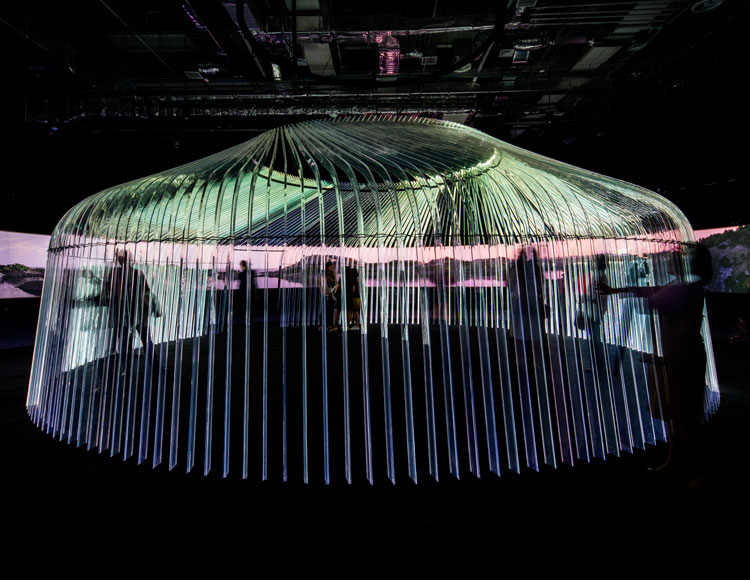 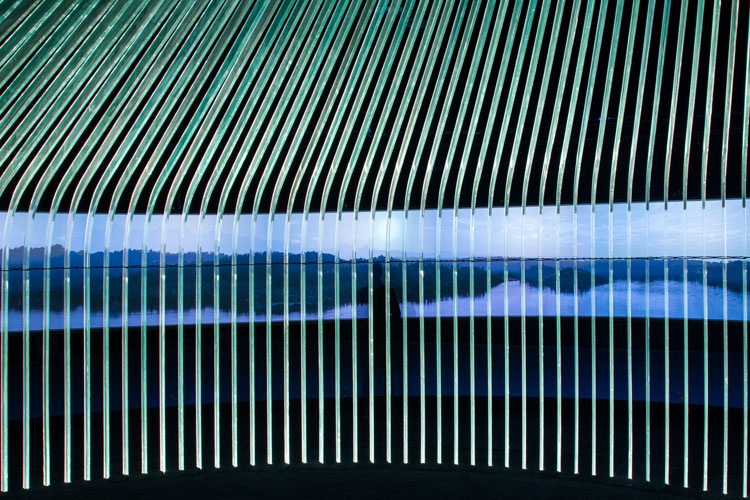 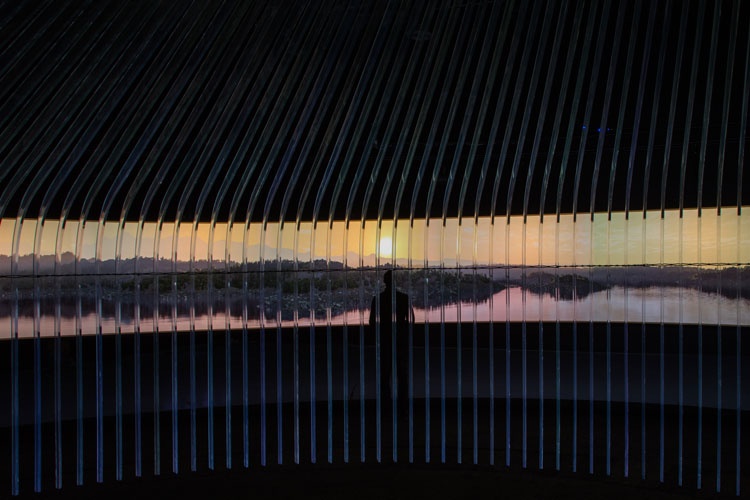 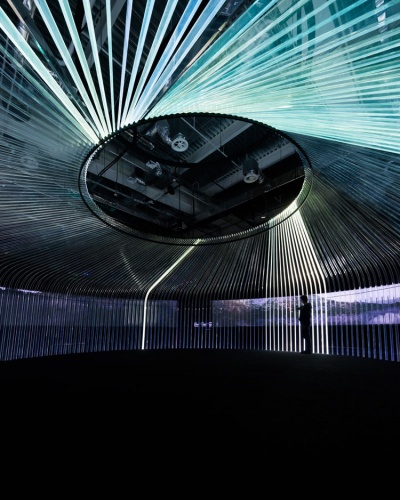 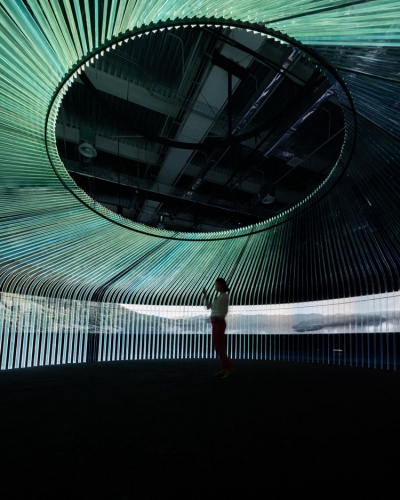 All photos courtesy of Luke Hayes.

10 graduate design shows to look out for this summer