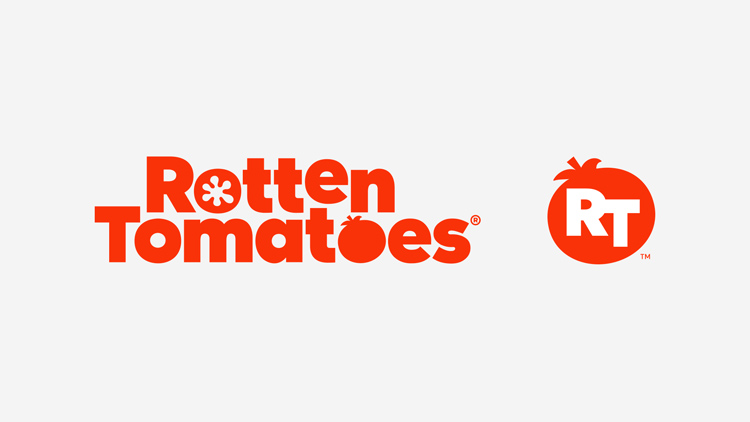 Pentagram partner Emily Oberman has given TV and film review website Rotten Tomatoes a new logo, icons and colour palette, which look to “modernise” it while retaining its “familiar elements”.

Rotten Tomatoes was founded as an online review site for film and TV in 1998, and aggregates articles from various other review sites, newspapers and magazines in one place to give overall ratings. Its name comes from the idea of disgruntled audience members throwing tomatoes at a poor stage performance.

The former logo, which was designed in 2001, featured out-of-line typography with tomato symbols used to represent the “o’s” in “Tomatoes”. The logotype was yellow, with a black outline and a slight drop shadow.

Marking the first design change for 17 years, the new logo is a cleaner iteration on the former one. Oberman has adjusted the leading between letters, bringing all the type onto a level line, and the logo is flat, in a block red colour, and now contains more abstract tomato symbols to represent “o’s”. Negative space has also been used to create the symbol of a “rotten” or squashed tomato, visualised through a green splodge symbol.

A shorthand version of the logo has also been designed, using the same red tomato symbol, with the letters “RT” created out of negative space again. 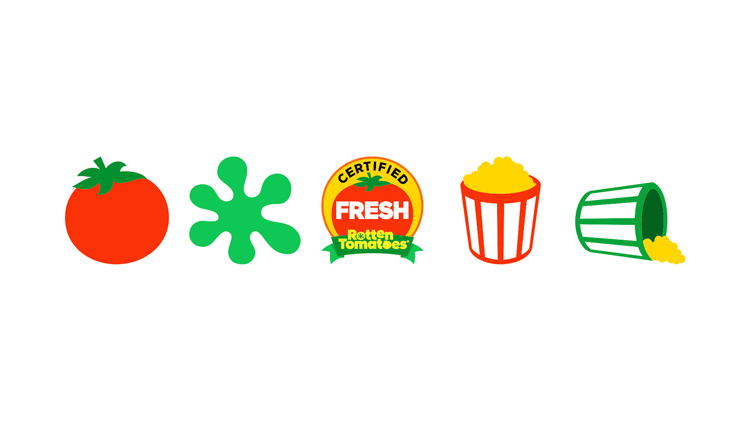 A colour palette of black, white, red, light yellow, dark yellow, light green and dark green has been incorporated, with the logo appearing in these various colours. A new series of icons has also been designed for use across the site as a rating system. A “fresh” tomato indicates a highly-rated film, while a “rotten” tomato indicates a low-rated film.

Oberman and her team at Pentagram designed the new logo in collaboration with Rotten Tomatoes’ site users and fans, and the branding is set to launch at this year’s South by Southwest (SXSW) film festival in Austin, Texas, US, which opens this week.

The new logo and icons are currently rolling out on Rotten Tomatoes’ site and app, and will be followed by a website refresh incorporating the new design style. 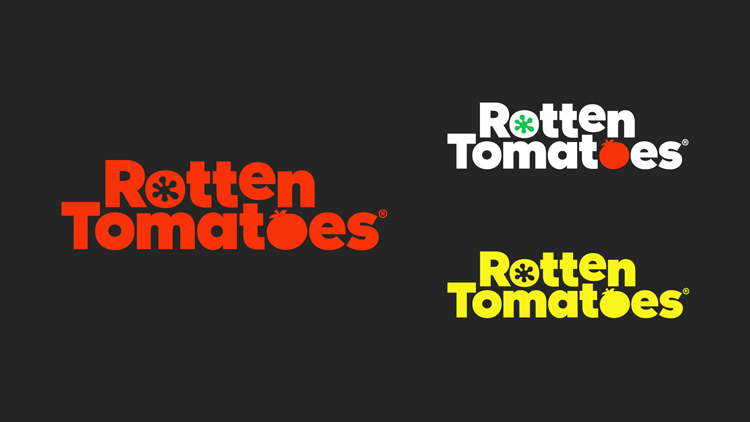