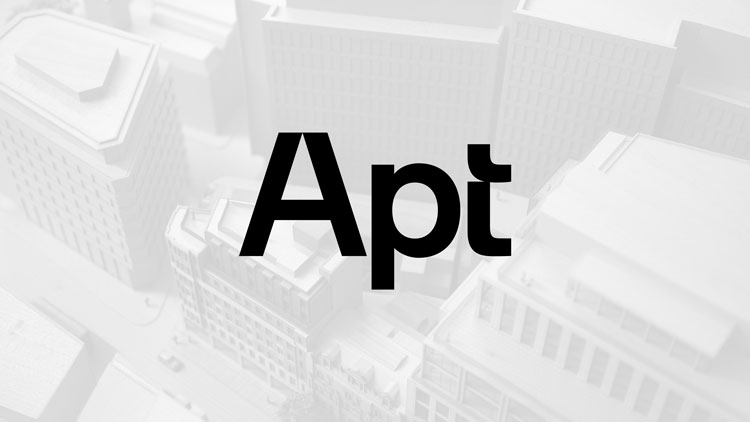 The architectural firm, which is known for a series of major projects such as remodelling the grade-II listed Kings Library in Chelsea and One New Street Square, needed a rebrand as it was undergoing changes including taking on a new business structure of employee ownership, according to Greenspace.

It has also recently moved to a new studio in “the heart of the design district” in Clerkenwell, East London. 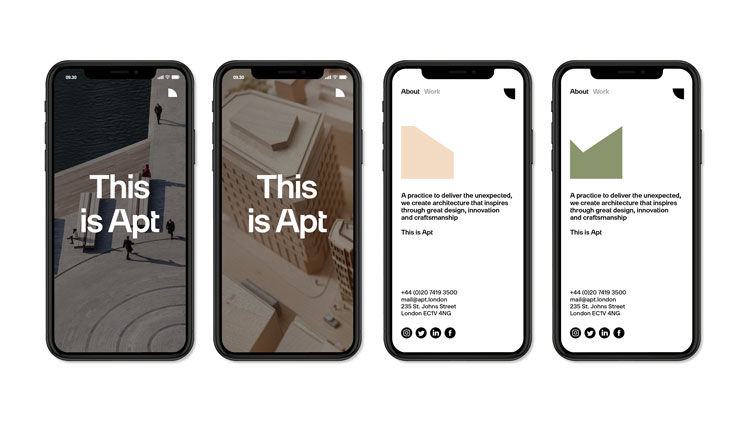 The project includes a new name, which aims to reflect the shift in the company’s positioning.

Luke Mcilveen, senior designer at Greenspace, says they were keen for the new name to reflect a more “collaborative environment” at the firm.

“We wanted a name that reflects the purpose of the brand to create architecture and design that is exceptionally appropriate to all moments in people’s lives,” he says. “We felt this was best summed up in a single word: ‘Apt’. It implies being both clever and resourceful.”

Robin Partington, founding director at Apt, says: “It refers to things that are fitting and inventive, which is what we feel makes good things great.” 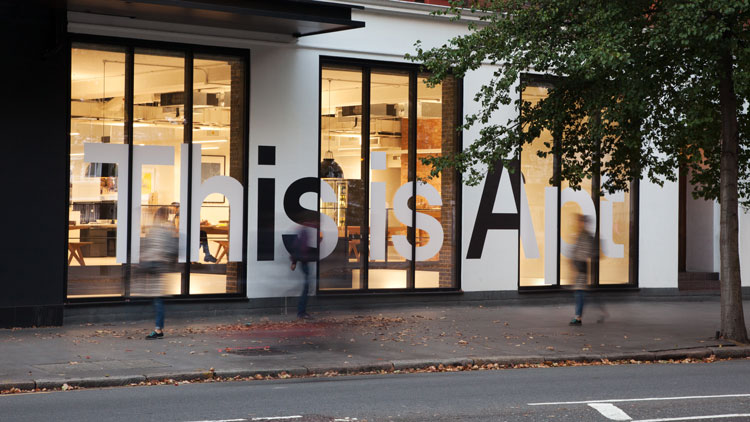 Mcilveen says the new name also provides “a nice tone of voice”, for example, when used on hoardings wrapped around buildings. “When the studio had its opening night the whole front of the building had a vinyl on it which said ‘This is Apt’,” he says.

Other elements created by Greenspace include a new visual identity, a bespoke typeface, an interim website and marketing materials such as stationery, a brochure and a brand film.

The studio has opted for a wordmark logo influenced by “distinctive architectural details and gestural mark making”, which says “Apt”.

The same features have informed the new sans-serif typeface “Apt Sans”, which features flat horizontal lines and cut-out segments in some of the letter forms. It has been developed alongside Swiss foundry Fatype. 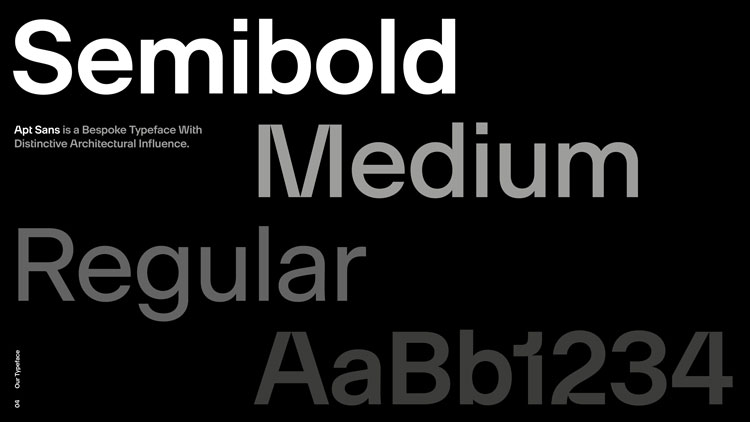 “We had a cut that runs through both the wordmark and typeface,” Mcilveen says. “There is a strong architectural ‘A’ and a softer form found in the ‘t’ [in the wordmark].”

The colour palette includes multiple shades of grey, as well as green and beige, inspired by the built environment and architecture.

Mcilveen says the colour palette is based on “textures and tones found within architecture in terms of materiality”. 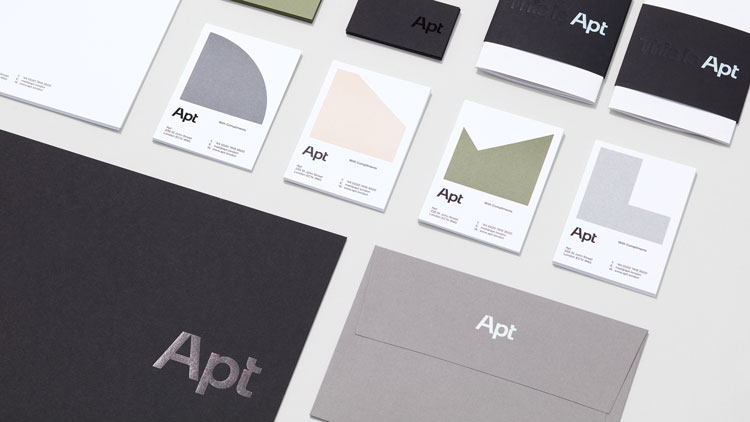 “It is quite muted,” he says. “The primary part is black and white. There is also a softer material palette informed by sandstone, limestone, moss green and all the things that surround both the materials that architects use and the surrounding environment.”

Abstract geometric graphic shapes appear on some materials, such as the business cards. The new brand identity is currently rolling out across all touchpoints. 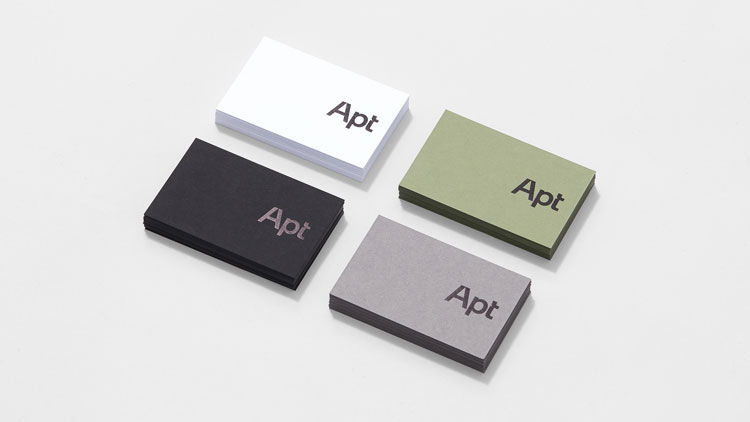 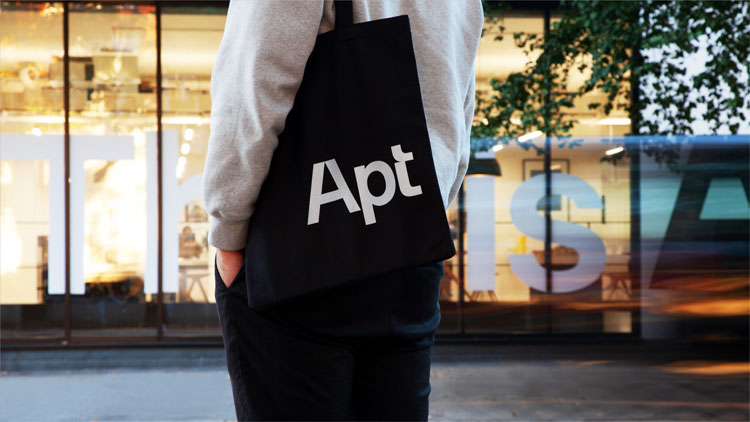 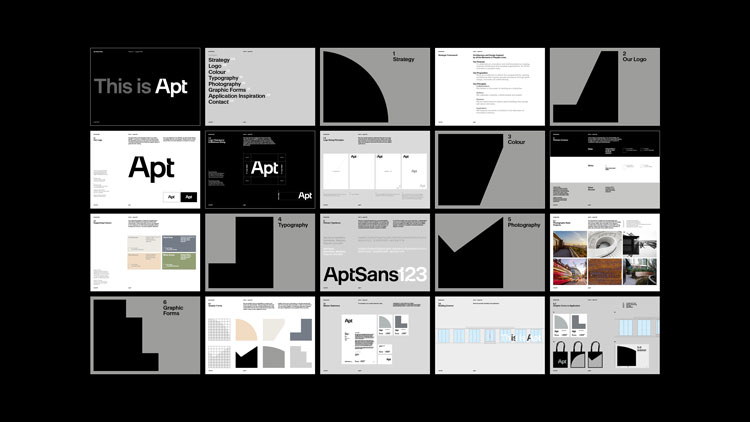 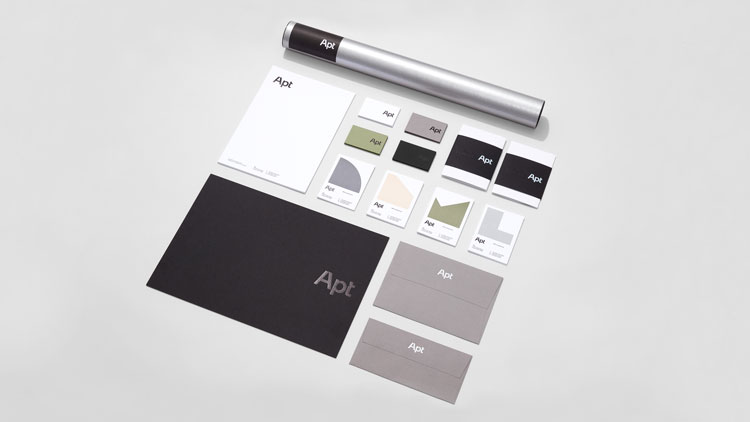