Can Marketing Save Lives, an exhibition which has opened launched at the Museum of Brands in London, showcases some of the standout public health campaigns from the past hundred years.

The show, put together by Public Health England, presents a selection of historical posters, marketing materials, TV adverts and objects, which set out to educate, influence and even frighten people into action.

It explores the role of marketing in communicating messages to the public, such as the launch of the NHS and information about vaccinations, sexual health, AIDS, food rationing, smoking and drinking alcohol.

Sheila Mitchell, director of marketing at Public Health England, who was involved in putting the display together, says: “The exhibition showcases examples of how the government has communicated public health messages over the past century to show just how much has changed.”

She says the exhibition aims to showcase how “persuasive” public health marketing can be, show the role it plays in changing behaviour and show the impact of such campaigns in “helping to save lives”.

Karin Kihlberg, executive director, Museum of Brands says the exhibition provides an insight into different cultural eras and that each campaign was chosen for its “cultural, social and political impact.”

The exhibition is split into five sections: Fighting Fit, War to Welfare, Age of Aspiration, Age of Fear and Age of Participation. It also looks at what could happen in the future for health campaigns.

“What unites all the campaigns is that they are memorable, have simple messages and a clear call to action to help the public make more informed choices about looking after their health,” Mitchell adds.

Posters range from simple typographic messages, such as “Don’t take alcoholic drinks on Mondays”, to striking imagery such as a black and white picture of a “pregnant” man, which says “Would you be more careful if it was you that got pregnant?”.

Some materials shine a light on the social norms and values of the time and how they have changed, such as a photo of T-Rex lead singer Marc Bolan grimacing at the idea of kissing a girl who smokes, according to the 1976 poster.

The advert encourages women to think “how much make-up you could buy” instead, with the money spent on cigarettes, a message which would be considered offensive and sexist by many today.

Mitchell says: “The world has definitely changed since the days of the Marc Bolan campaign and the exhibition traces the evolution of culture and attitudes as well as approaches to public health marketing.”

The Bolan poster falls under the “age of aspiration”, between 1960 and 1985, when “Britain emerged from post-war austerity” and focus shifted from “treating the diseases of poverty to those of affluence”, according to the exhibition.

The campaign encourages people to live healthier lifestyles, with posters urging people to drink and smoke less and take control of their weight, with a lot of emphasis on appearing attractive to the opposite sex.

This has been followed by the “age of fear” (1986 to 2005) when a darker tone was adopted in posters and adverts, as the dangers of drinking and smoking became more well-known and an AIDS awareness campaign took centre stage.

Mitchell says: “The iconic AIDS campaign from the 1980s which included chilling TV adverts featuring a falling tombstone and the slogan “AIDS – don’t die of ignorance” is one of the most striking elements of the exhibition as the actual tomb stone used in the advert is on display – loaned to us by the campaign creators.”

The exhibition, which is set out in a timeline, lets visitors see how campaigns adapted to the zeitgeist of the time.

For example, a poster dating back to around the time of World War One was created a time when smoking tobacco was not seen as harmful and was “encouraged”. It asks people to send “something to smoke” to the “Sailors’ & Soldiers’ Tobacco Fund”, to help boost morale of soldiers.

The poster features a detailed black and white drawing of soldiers smoking and marching outside of a damaged building, with the caption: “It is a significant fact that almost every letter from the front contains a request for ‘something to smoke’”.

In stark contrast, a poster by the Health Education Authority from 1988 demonstrates the change in attitudes towards tobacco. The words “No wonder smokers cough” feature above an image of a test tube, with a gloopy dark red liquid being poured into a tube.

The caption reads: “The tar and discharge that collects in the lungs of an average smoker.” This poster coincided with a smoking ban being enforced on the London Underground.

Mitchell says it is not only the messages themselves, but the ways in which they are conveyed that has changed.

“Our methods for marketing public health messages have changed a lot over the past century,” she says. “We don’t tell people what to do; we give them the tools and technology they need to take the next step and actually change their behaviour.”

The Change4Life food scanner app which allows people to see the nutritional content in their food is one such tool, she says. The plasticine Change4Life characters created by Wallace and Gromit creators Aardman Animations which feature in the TV adverts surrounding the campaign also appear in the exhibition, in the “age of participation” section, from 2006 to 2017.

The showcase also looks at the direction public health marketing could take in the future. Public Health England has switched to a more targeted marketing approach to help people change behaviour with the help of digital tools, according to the exhibition.

Augmented reality is also likely to become more commonplace in such marketing, she says, as will the use of artificial intelligence voice assistants. “We need to not just offer public health advice but be ready with the tools and technology needed for people to take the next step, change their behaviour and lead healthier lives,” she says.

A series of talks will run alongside the exhibition, including Nudge, Shove or Shock? on 3 December with Alex Aiken, executive director of Government Communications, who will explore The Effectiveness of Public Health Messages.

Can Marketing Save Lives? A century of public health marketing campaigns runs until 26 May 2019 at the Museum of Brands. The exhibition is also available to view online here. 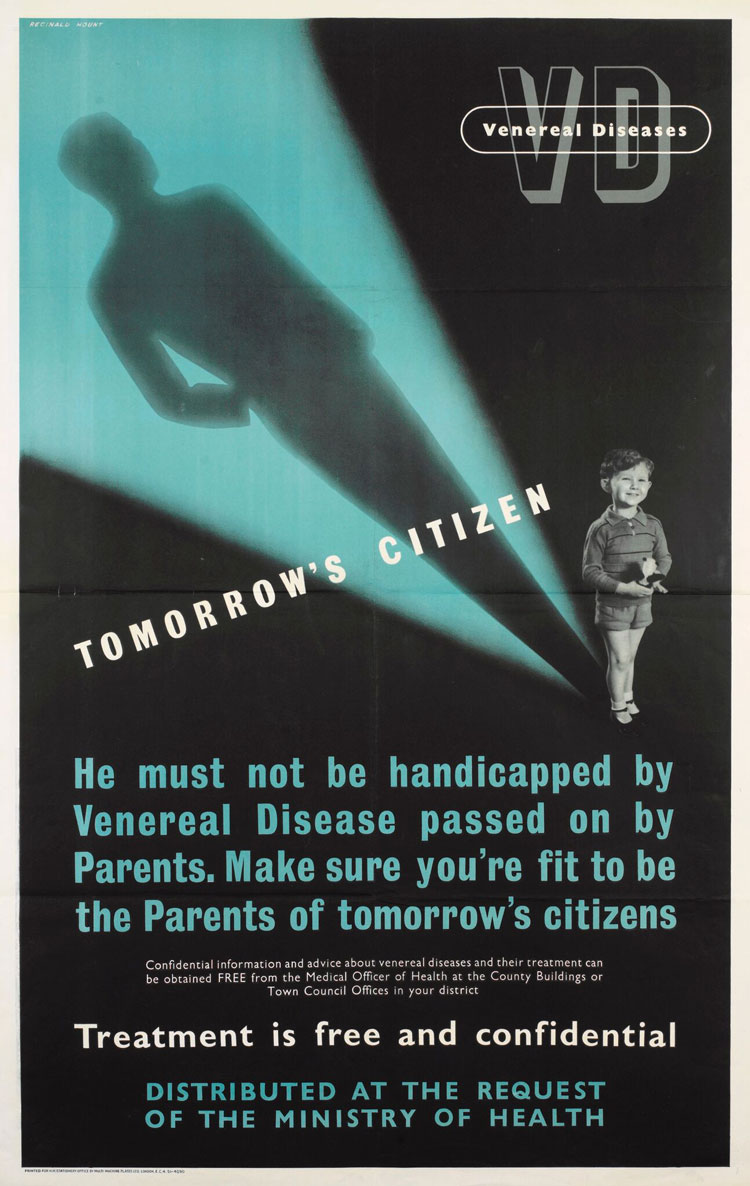 How graphic design is getting people excited about medical research