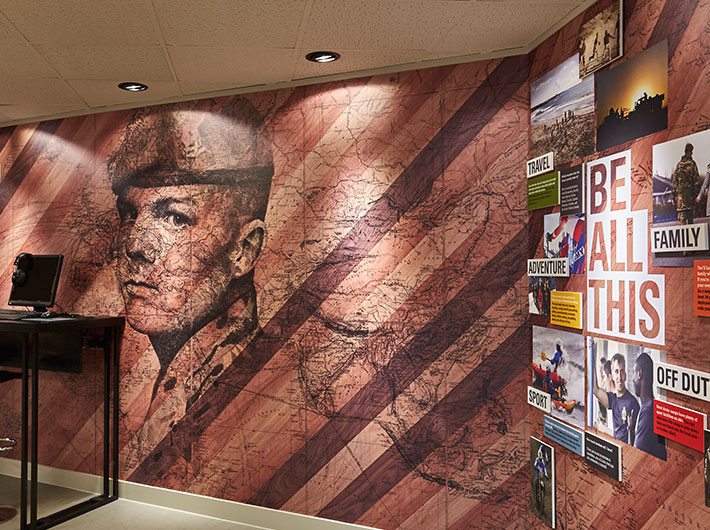 The One Off has designed a new concept for Britain’s Army recruitment offices that brings in “a retail design approach” and uses “storytelling” exhibitions and interactive elements.

The consultancy was appointed to the project by Capita Defence Recruitment, which manages British Army recruitment.

The consultancy says its main objective in the project was the “break down the barriers that many potential recruits and their parents experience during their application”.

It says the new designs aim to present “a more human and relatable side to the Army”.

The new designs feature “story tanks” which showcase all the equipment that every soldier is equipped with. The One Off says: “This enables visitors to touch and experience how these feel, as well as function.”

The recruitment offices also feature a “role inspiration” touchscreen wall, which shows real soldiers talking about their roles and regiments and the facts of Army life.

The One Off says: “Digital screens also present inspiring messages mixed with informative facts, appealing to both potential recruits and their parents and spouses.”

The new concept has launched at the Army’s high street recruitment offices in York and Sheffield and is currently being installed in a further five sites across the country. 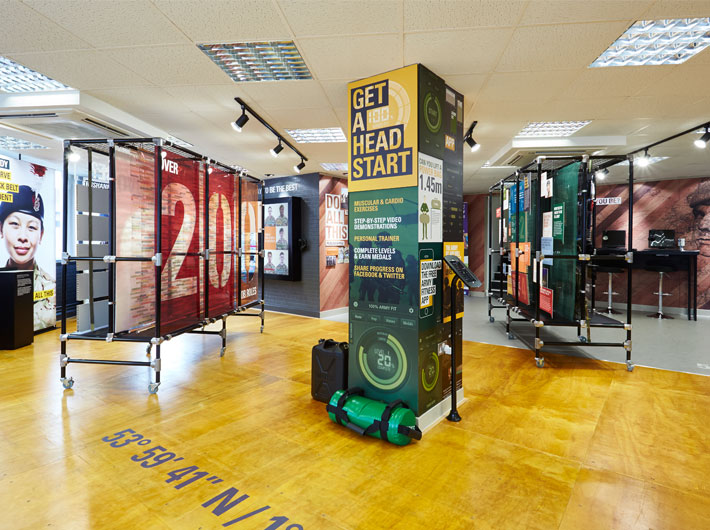 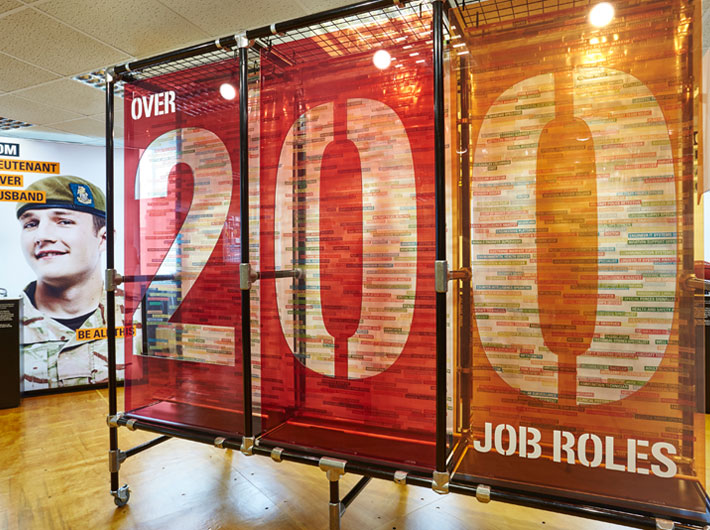 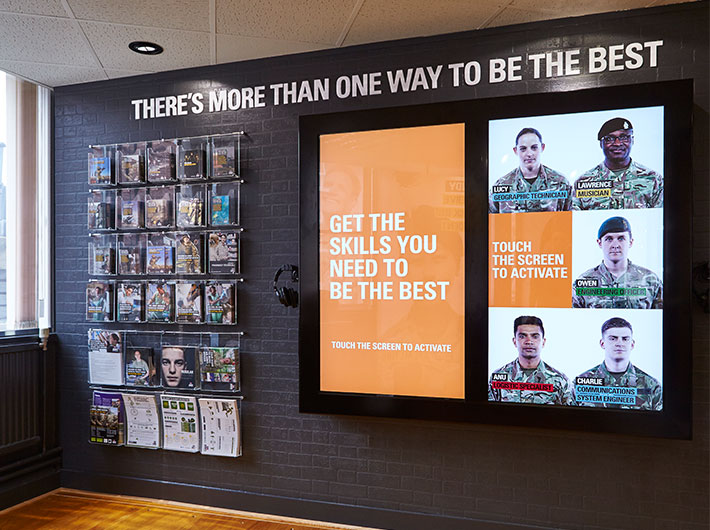 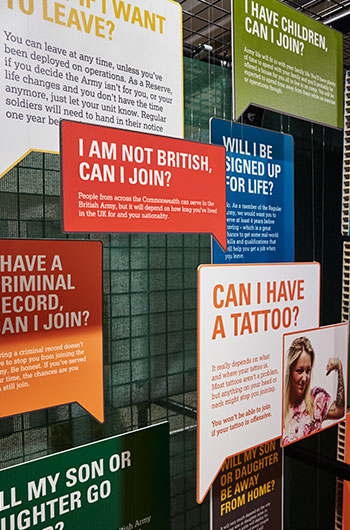