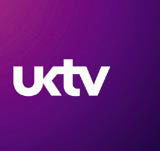 Digital TV network UKTV, which claims to be the UK’s second largest non-terrestrial broadcaster after Sky, is in the midst of a brand overhaul, with Dunning Eley Jones to unify its stable of channels.

The network will launch its latest look on 8 March in a move that will see a UKTV brand name prefix for each of its seven existing channel names. UKTV is a joint venture between Flextech Television and BBC Worldwide, which specialises in re-runs. It broadcasts the Gold, G2, Style, Food, Drama, Bright Ideas and History channels.

Two additional channels, UKTV Documentary and UKTV People are also being launched next month, with branding by DEJ.

‘We have created a branding system that introduces a new logo across all of their nine channels and unifies the presentation as a coherent network,’ Liz Dunning explains.

The group is developing the UKTV brand, having won a three-way paid pitch last October against a BBC in-house team and UKTV’s incumbent ad agency Karmarama.

DEJ is also tasked with looking at how UKTV branding will be applied on-air.

‘Historically, the channels have been much better known than the network, but moving forward it is more efficient for us to have a strong UKTV brand,’ says UKTV head of brand development Richard Kingsbury.

The aim of the branding is to represent ‘quality, British programming’, he adds.

UKTV launched in 1997 and attracts an average of 19 million viewers a month on the Sky, Telewest and NTL Home platforms.