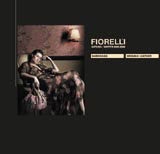 Fiorelli, the luxury fashion accessories business owned by Lunan Group, is set to relaunch its branding with RDC Foley Cooke, as it seeks to update and broaden the brand’s appeal.

RDC Foley Cooke is undertaking a number of projects for the brand that will provide the most significant shake-up of Fiorelli since it was first introduced into the UK almost 15 years ago.

The consultancy is tasked with redesigning Fiorelli’s visual identity and is also working up new interior design concepts to brand its portfolio of stores across the UK.

The design for the new Fiorelli marque will be more feminine and touched with softer edges, says a Fiorelli spokeswoman. Design consultancy Orton created the current Fiorelli logo.

‘The existing logo is quite hard, with sharp edges. When first designed it was a continuation of the 1980s style and was very much for the stand-out city girl; it was edgy and street. We have moved on since then and wanted an identity that better represents the direction we are heading in. The idea is to redesign the face of Fiorelli,’ says the spokeswoman.

The new visual identity will brand all of Fiorelli’s products. It will also roll out across shop facias, stationery and Fiorelli’s internal communications. It is due to launch in May.

RDC Foley Cooke is also developing design concepts to overhaul Fiorelli’s retail environments, revamping stores with an updated, less ‘clinical’ look that will reflect the more feminine brand identity. The designs are still being decided upon internally and a date has not yet been set for the launch of the new interiors.

‘For the store interiors, everything is on the table at the moment and we are in ongoing discussions over it,’ says the Fiorelli spokeswoman.

RDC Foley Cooke is the lead design consultancy on both projects and Fiorelli says it is not planning to draft in any other designers at this stage. The consultancy was appointed last summer.

‘Our approach will be to highlight Fiorelli’s fashion credentials with a look that is visually unique. The key here is creating something that is confident and feminine,’ says RDC Foley Cooke graphics and branding director Gavin Ferguson.

Stuart Lunan, managing director at the Lunan Group, is overseeing the rebranding initiative.

The overall intention of the relaunch is to implement a more relevant brand that better represents the company. Over the years Fiorelli has broadened its product mix – the collection now includes handbags, sunglasses, outerwear, giftware and luggage – and the company aims to continue this product innovation. It is currently considering rolling out its first separate housewares range, for example.

Fiorelli entered the UK market in 1991 and was acquired by the Lunan Group in 1995.

• Fiorelli is planning to relaunch in May