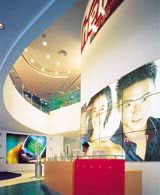 China, Japan and South Korea are among the ‘priority territories’ on an export hit list being drawn up by trade advisory body Design Partners, as the Asia Pacific region weathers the effects of Sars and general economic uncertainty.

Designers will be recruited by September to join focus groups that will develop specific trade promotion strategies for each market, says Christine Losecaat, design industry advisor at the Government-sponsored organisation.

Japan – its economy struggling with persistent deflation – is a particular target. A digital media trade mission is scheduled for August, while Tokyo Designers Week (7-11 October) will focus on interior design and furniture products.

‘The Iraq War and Sars have had an impact on regional growth in the first quarter. Now that the war is over and the World Health Organisation travel bans have started to lift, we have a strong sense of business getting back to normal with many postponed investments now planned for quarter three and four,’ she says.

Sars is having an impact on designers working in the region. Portland Design director Rodney Fitch believes it has made the management of projects more difficult. He has not been able to visit Beijing or Hong Kong for several months and is relying on teleconferences and e-mail.

The London group is working on a number of high-profile projects, including a retail and entertainment complex in Beijing, a 1400m2 hypermarket in Manila and three flagship buildings for Singapore’s United Overseas Bank.

But Japan, Malaysia and South Korea – though ‘tough marketplaces’ in their own ways – have so far escaped ill effects. According to Hudspeth, digital design and content generation, corporate and consumer brand strategy and environmental design offer the main opportunities for UK groups wishing to expand into these markets.

According to Fitch, opportunities also exist in packaging, retail interiors and public sector cultural initiatives. But he warns against designers thinking success in the region is ‘simply a matter of jumping on a plane’.

He believes design groups already established in the region can cope with the problems generated by Sars, but others looking to build relationships will struggle without face-to-face contact.

‘The East reveres experience more than it does newness, so you have got to show a track record,’ he says.

Hudspeth says designers should bide their time until the Sars crisis blows over.

‘We can’t afford to ignore these countries or the markets, but we may have to hang fire [in the short-to-medium term]. Even if China shaves 2 per cent off its growth projection, it’s still almost 7 per cent. We [in the West] can only dream about that,’ he says.