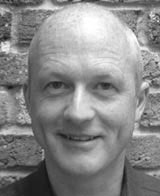 Fitch London’s management wrangles have taken another twist this week, with the sudden exit of managing partners Keith Bamber and Nigel Forsyth from the Cordiant Communications Group company.

The pair – originally founders of BamberForsyth – ‘walked out’ on Friday, apparently unhappy about lack of clarity over leadership at the troubled consultancy. Industry sources suggest they still have more than a year to run on their CCG earn-out agreement.

Their departure came as a shock to staff and the management board, with Fitch London managing partner Tim Greenhalgh saying he could not give reasons for the pair’s decision, but that he was ‘surprised’ by the move.

Neither Bamber or Forsyth were available for comment as Design Week went to press.

Uncertainty over the future of CCG as a whole remains, with WPP Group due to decide by the end of the week whether it will bid for the beleaguered group, ahead of the French-owned Publicis.