Recent reports suggest that Birds Eye, in conjunction with Waste & Resources Action Programme, is to target consumers worried about food waste by promoting the benefits of frozen food. What’s the most opportune brand strategy/repositioning you’ve come across, and why? 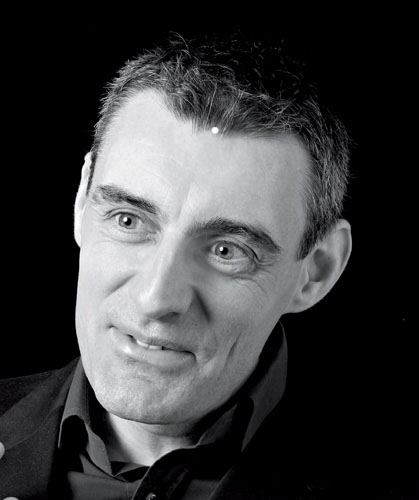 Well, it ain’t Birds Eye, that’s for sure. I can’t imagine consumers will care two hoots for that lame idea. Ideas I’ve admired more? Avis’ ‘We’re number two, so we try harder’, which turned a negative into a positive. The Michelin restaurant guides which had people driving further for dinner, thus wearing down their tyres quicker. Lucozade, which went from something for the kids when sick to become the UK’s leading sports nutrition drink.
Jim Prior, Managing partner, The Partners

Computer games have long been lambasted as detrimental by anyone who doesn’t play them, even though there are plenty of intelligent, non-violent games such as Xbox’s Rock Band. But even the Xbox fan in me must doff his cap to Nintendo for repositioning itself as the ‘console war’ do-gooder. Its strategy of ‘beneficial gaming’ has effectively turned it from parent-pariah into messiah with DS Brain Training and Wii Fit becoming de rigueur accessories for Guardian-reading parents across the land.
James Hilton, Co-founder and executive creative director, AKQA

The Sun newspaper manages to tack with the prevailing political wind and adapt its brand strategy accordingly. While some things remain constant – schoolboy humour, Page Three girls – its ability to veer from left to right and back again is second only to the Mirror.
Crispin Reed, Managing director, Brandhouse

Marks & Spencer’s Plan A strategy springs to mind. Shouldn’t it be striving to sell healthier products, manage an ethical supply chain, reduce energy consumption and manage waste as part of running a good business? Absolutely. But to seize advantage by embracing the cause is admirable for a major high street brand.
Hazel Macmillan, Design director, Wolff Olins

With superfoods, GM, organic, fairtrade and overpackaging all making it in the headlines on the front pages, consumers need to peer through the PR hype. Evian’s collapsible PET bottle recognised the landfill issue and provided a solution before it became a headline.
Ben Harris, Brand development director, DJPA London