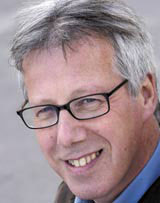 There they were: the complete picture of misery. Saturday morning in Milan, and an aspiring English architect type (shaved head, wire-framed specs, black fatigues) is marching his bedraggled wife and two kids, one in a pushchair, through a downpour on an enforced tour of the design showrooms along the Via Montenapoleone.

Clearly, to judge from the body language, I’d say our architect had taken his family on a weekend break to Italy’s shopping capital without mentioning that one of the world’s biggest design festivals was taking place at the same time. ‘I had no idea the furniture fair was on. What a coincidence the showrooms are all full of stuff,’ he seemed to be saying.

Have you ever taken your long-suffering partner or family on holiday with some ulterior design motive in mind? Or planned a trip that somehow ended up with a fortuitous visit to your favourite gallery/ building/design store? Of course you have.

With thoughts now turning towards the summer holidays, I thought it would be a public duty to remind Design Week readers of those unacceptable strategies to get a design fix when you’re supposed to be having a break. If you don’t want to end up on your own in a bedsit eating dog food, don’t try any of the following.

There’s the endless country walk that takes your party past the swings and boating lake, past the village shop, deep into the forest to a point where the branches seem to blot out the sky. Just as night falls and everyone is lost, you suddenly spy that elusive Andy Goldsworthy sculpture. Admire the eco-structure, you exclaim. Take us home, plead your exhausted mates.

Then there’s the beach scene. It could be Greece or the Algarve. Kids playing happily in the sand, sea lapping at your feet and you can’t resist the urge to shatter the tranquility by organising a sandcastle competition. You complain about lack of modernist principles and a rational urban plan, confiscate the spades and build all the sandcastles yourself while offspring look on disconsolately.

There’s the awkward moment in the brasserie in Brittany where your party are all hungry and desperate to order and the waiter is trying to discover why all the menus have disappeared. You couldn’t resist such outstanding examples of 1950s French graphics and you’ve stuffed them all in your rucksack. (And removed the Hommes sign from the men’s toilet with the mini-screwdriver you carry with you for just such occasions).

Finally, the time-honoured trip to New York. You know the drill. Forget Bloomingdale’s or a trip up the Empire State. The Yellow Cab has somehow managed to deposit you and your boyfriend on the steps of the Cooper Hewitt. Or the Museum of Modern Art. These taxi drivers are all Russian, they don’t know where they’re going, you explain airily.

Ardill looks for a new experience