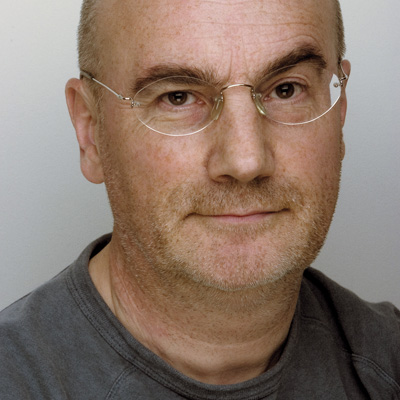 As we crash-zoom deeper and deeper into the era of instant digital typography, graphic designers are becoming increasingly divorced from type’s origins in manual and mechanical processes. These laborious and highly skilled practices designing letterforms by hand, manufacturing matrixes and casting pages of metal type have given civilization a precious gift: the printed word.

Recently, I had the good luck to have a conducted tour of the Type Museum now renamed the Type Archive in Stockwell, south London. My visit made me both ashamed and inspired: ashamed because I realised that I was guilty of mentally relegating traditional type generation to the dustbin of history; inspired because I also realised that here was something worth preserving, which enhances our knowledge of typography even in the digital domain.

It wouldn’t be true to say that everyone shares my lazy dismissal of mechanical type technology. The archive receives frequent requests from design schools around the world asking for help in educating students in traditional typesetting processes; academic interest in the collection is growing; and the small team of engineers who work at the archive are still producing matrixes for customers around the world. This is not a museum of dead technology, but a living organism.

The Type Archive houses three major collections: the archive and machinery of the Monotype Corporation; the entire contents of the Stephenson Blake type foundry; and the Robert DeLittle collection of wood type. These magnificent specimens are held in buildings previously used as a veterinary hospital that looked after London’s carriage-pulling horses and also tended to the health of the capital’s elephants.

The museum is run with flair and campaigning zeal by Sue Shaw, its founder and trustee. It also relies on knowledgeable volunteers such as Ian Chilvers of Atelier Works (my guide on the day of my visit), who devote time and energy to ensuring the collection’s promotion and survival. But most importantly, it retains the services of the few remaining skilled engineers who understand the complex processes that allow movable type to be both made and used.

The processes are very complicated and require mathematical dexterity and precision engineering. These skills take many years to acquire, and unless others are trained to carry on the work, they will die out and a vital aspect of graphic culture will be lost. As a result, the trustees have wisely made their priority the training of apprentices to carry on the work.

As a Modernist by instinct, I gravitate towards the new and revolutionary. But a few days after my visit to Stockwell I had an encounter with a student in Liverpool who was specialising in type design. He had produced digital fonts and was a type enthusiast. As a digital native he had only ever known screen-based type, but he had recently been exposed to metal type and hand-setting, so his all-digital practice had become enriched. He told me this with real pride like someone discovering that they had a famous ancestor.

Living as we do in a dust-free world of iPads and software-generated type, it might seem odd to want to preserve noisy, smelly machines that use liquid lead and pressurised air to generate type. But talking to the young digital typographer, and visiting the Type Archive, has made me realise that the storehouse of typographic wisdom will be depleted if we lose our connection with typography’s glorious past. Sometimes you have to go back to go forward.