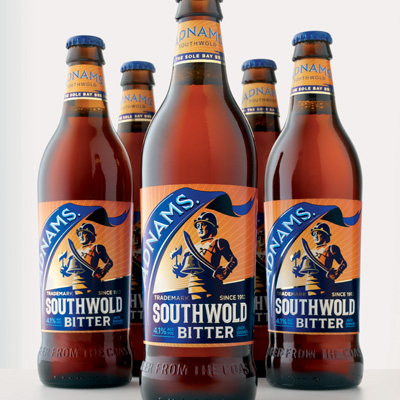 The consultancy has designed new pump clips and take-home packaging, alongside other launch and point-of-sale items, for Adnams’ Southwold Bitter, which the brewer says accounts for approximately 60 per cent of its yearly sales.

Adnams approached Cook Chick after the consultancy worked on a redesign of the brewery’s Broadside ale last year. For the Southwold project, the consultancy was given a brief to emphasise the character, history and story behind the ale. 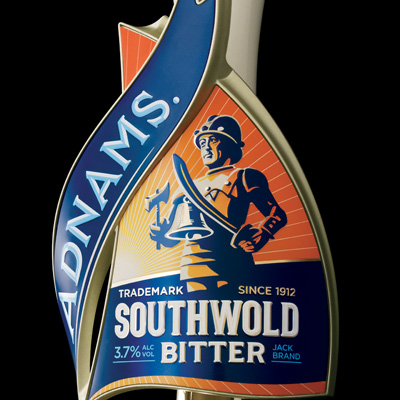 The Broadside ale now displays an icon of a battleship, commemorating the Battle of Sole Bay in 1672 against the Dutch Republic, and this latest redesign again underlines Southwold’s rich history.

The new Southwold Bitter design focuses on a 15th-century clock jack named ’Southwold Jack’. The Jack, which shows a War of the Roses-era knight, is one of the features of the Adnams brewery, and was adopted by the brewery in 1912.

Cook Chick director Lee Cook says, ’To have an icon as strong as the Southwold Jack is a gift, especially one that Adnams has owned since 1912.

’Bringing this local hero to the forefront of the brand has created a unique and ownable identity for Southwold Bitter,’ he adds.