The winning projects in last month’s 24-hour Inclusive Design Challenge serve not just to help people with disabilities to lead more independent lives. They also bring an area of design often sidelined as niche into the mainstream.

The Judges Award in the contest, organised by the Royal College of Art’s Helen Hamlyn Centre for Design, went to Street Wheels, a game for smartphones devised by a team led by Nestlé’s Ben Mortimer. Players ride wheel-based, transport-like prams, skateboards, suitcases and wheelchairs to steer their way through the hazards to be found in any street.

Working with wheelchair user Simon Grisdale, the team originally The Collective, which changed name mid-challenge to the charitable Centre for Smoother Journeys picked the theme ’getting in touch with your terrain’ in a bid to ’unite the wheels’, with the aim of creating smoother journeys for those using wheeled transport by ’ironing out’ pavements.

Elements of the game include ’mastering the wheels’, where players control various different wheels at once. Each type of wheel responds to the terrain in a different way, which intensifies the challenge.

A second prize, The People’s Choice, voted by all challenge participants, went to an all-female freelance team, 10 Collective, led by Gemma Dinham, which worked with visually impaired artist Sally Booth. To make self-service machines dispensing cash, tickets or other goods and services more usable for partially sighted people, those averse to technology or people in a hurry, the team created Memo a personalised card system that works with existing technologies. 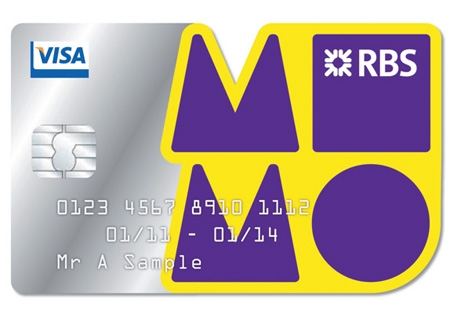 The name Memo reflects the fact that machines affiliated with the scheme ’remember’ the person using the card to offer audio information, larger typefaces on-screen or other pre-determined preferences. Preferences can be set online or through a Memo ’ambassador’ at a local bank.

Three other contenders were presentedto a jury chaired by Michael Wolff. Team How Kind, a collaboration between Checkland Kindleysides and joinery firm Howdens, worked with osteoarthritis sufferer Susan Griggs to create outdoor hubs where people could rest and converse. The aim was to bring together people across generations to build communities.

Team Umbrella, meanwhile, worked with visually impaired design partner Chris Edwards to create Pollination a smartphone app that allows users to create ’stories’ by capturing conversations, birdsong and other sounds to build up a picture of rural locations. The phone vibrates when a ’seed’ has been planted in the app by a previous visitor to the location and to guide the user back along the route they set out on.

The final project, from Team Allsorts, involved Sally Curran, who suffers disorders including partial sight and arthritis. The idea was to introduce people unfamiliar with technology to ’learning partners’ who can help them. Sessions would be held on a one-to-one basis in social hubs such as cafés and libraries.

This year Cassim also opted for the gruelling 24-hour challenge format to generate the best ideas. ’The killer idea often comes in the first instance,’ she says.

The People’s Choice
Memo by 10 Collective