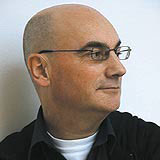 Business loves branding – but by working within corporate constraints, design is in danger of losing its diversity and vision, says Adrian Shaughnessy

At some point during the 1990s, every business, institution and corporate body developed an obsession with branding. Clients loved branding. They understood it, where previously they’d struggled to grasp the esoteric mysteries of design. And if designers were to have any chance of dining at the top table with all the other smart-brained consultants, it was essential that we get out our flip charts and turn ourselves into branding consultants.

This eclipsing of graphic design by branding was depressing for those of us who regarded design as a way of creating diversity, dynamism and the occasional flash of aesthetic delight in an increasingly conformist world. Branding philosophies doused the fire at the heart of design, and creativity became secondary to the pragmatic expression of brand values. As Wally Olins wrote in these pages recently: ‘There’s a dreadful sameness about so much of the work that is emerging, especially for bigger corporations. Twenty years ago, design work was fresher, more original, more interesting – in a word, more creative.’

Over time I became inured to this change. I even added ‘branding’ to the list of services I offered as a self-employed design consultant. But I read something the other day that caused my old unease to return like a kick from an angry mule. The design guru John Thackara posted an entry on his Doors of Perception website called War as a Brand, and provided a link to a talk given by Kevin Roberts, chief executive officer of Saatchi and Saatchi. In 2005, Roberts spoke to the US Department of Defence on ‘rebranding war’.

Brandweek reported Roberts as saying: ‘I’m going to show you how we create emotional connections with consumers, and how we inspire Loyalty Beyond Reason.’ Roberts went on to argue that ‘Brand America’ should call its struggle the ‘Fight for a Better World’ as this is ‘more inclusive, more optimistic and more engaging’.

He further advises the military ‘not to abandon the mass market, but to transform it with multiple emotional connections’. He concludes: ‘Deploy Mystery, Sensuality and Intimacy to create America as a Lovemark.’

This pernicious nonsense reminded me of what I disliked most about graphic design mortgaging its soul to branding: that when we call ourselves branding consultants we align ourselves with the world of misrepresentation, spin and hype.

I don’t dispute that there is a need for effective branding in the ultra-competitive business world, or that most branding is well-meaning and mildly effective in a soporific way. My problem is that branding is also frequently dishonest, or at best is used as camouflage for third-rate ideas. You can have a lousy business idea, but if you brand it properly you might get away with it. Let’s face it – Enron was well-branded.

The impoverishment of most brand-related thinking means that genuine creativity rarely enters the equation. Clients regard branding as a science. They like this because they imagine it means that they can apply a formula to the creative process. But when clients control creative expression, the result is always mediocrity. By turning design into branding we’ve allowed it to pass into the control of our clients. By abandoning the mystique of creativity for the dull science of branding, we’ve lost the one incalculable gift we can give our clients – creative vision.