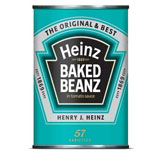 Heritage brands play with logo and packaging redesign at their peril. A light-handed approach can prolong and enhance iconic status but when, asks David Benady, is a more radical approach appropriate?

Few brands can emulate Tate & Lyle’s Golden Syrup and its famously unchanged packaging, which last week made it into the Guinness Book of Records as this country’s oldest brand. Even the most enduring designs need to be refreshed as times change. Updating classic logos and packaging without losing the essence of what makes them iconic is one of the toughest tasks facing brand designers.

Dull as it may seem, designers need to rein in the creative spirit and restrict their powers of expression when they tweak iconic brands. Subtlety is the order of the day. Many of the leading brands have remained virtually unchanged for decades. Whether it is Marmite or Rose’s Lime Marmalade, the Jif Lemon or triangular Toblerone, maintaining consistency with an iconic container shape or logo is vital.

Consider the evolution of Chanel No 5’s classic label design, which at first sight appears to have remained untouched since launch. In fact, it has been gradually updated in understated ways since it was introduced in 1922 to give it greater stand-out on the shelf. But the simple and iconic design has been preserved throughout.

It seems the bigger and more iconic the brand, the more important it is to ensure that any changes are minimal. One way round the problem of adapting pack designs without jettisoning their fundamental properties is through limited editions. Classic marques have used limited-edition updates of their iconic designs in response to the shifting nature of their markets. Heinz Baked Beans in the UK is facing tough competition from newcomer Branston Baked Beans and has opted to underline its heritage through a limited-edition Beanz pack created by Jones Knowles Ritchie.

Meanwhile, sales of Coca-Cola have suffered from the shift away from sugary carbonated drinks, but it has used the powerful design properties of its logo and contour bottle to restate its values of youthful excitement. In 2004, it asked British fashion designer Matthew Williamson to create a limited-edition version of the bottle – a pink-and-yellow Coke bottle with a parrot sitting on a palm tree and Williamson’s signature scrawled across it. This was distributed at his fashion shows and through Selfridges. Since then, Coca-Cola has commissioned other designers to create iconic contour bottles.

The advantage of limited editions is that they can communicate a message in the short term, but permit the packaging to revert to the original iconic design. The alternative is to risk making definitive changes, which can destabilise a brand’s position in the market.

Some brand-owners have been criticised for dispensing with classic designs and destroying the essential properties of their brands. Nestlé Rowntree has been slated for changing iconic designs for Kit Kat (from silver foil to flow-wrap packaging) and Smarties (replacing the round tube with a hexagonal shape), though the company insists the new designs are popular. Marmite’s move into a squeezy bottle has also met with disapproval from some designers who think this is tinkering with its most valuable property, the structural design of the pot.

A trend that has inspired an array of packaging updates of late is the move towards healthier eating. Many brands have tweaked designs to position themselves in the ‘better for you’ category.

McCain, the frozen chip brand, has recently introduced new packaging created by Elmwood to promote its natural and ‘healthy’ properties. The old packs had a garish orange colour (designers referred to them as ‘chav packs’), whereas the new ones feature a photograph of potatoes in a sack and a sunflower to emphasise the use of whole potatoes peeled and cut. The background colour has been changed to yellow and the plastic used is less shiny. Greg Taylor, Elmwood brand development director, explains, ‘Having bright colours in the area of fast food makes people think it is heavily processed. What was fine in the 1970s has come to mean different things 25 years later.’

However, care needs to be taken. As Vicky Bullen, chief executive of Coley Porter Bell, warns, ‘Iconic brands lose their way when they introduce levels of complexity.’ She points to work the consultancy did for Hellmann’s mayonnaise, which had expanded into a wider range of condiments and dressings, and had ended up with a rather scrappy-looking portfolio. CPB suggested that it keep the Hellmann’s name in white letters on a blue background to give it consistency, rather than having different-coloured logo backgrounds on different products. As Bullen says, ‘This gives a strong foundation in terms of creating new products in the Hellmann’s range. If they innovate beyond mayonnaise, they have to bring the original qualities into the new range.’

For CPB’s creative director Stephen Bell, a powerful example of updating an iconic brand is ex-Gucci designer Tom Ford’s work on Estée Lauder’s Youth Dew fragrance. ‘It echoes the old bottle, but he’s given it the Tom Ford touch. People are seduced by fashion and perfume, but if you don’t keep updating, it can get dusty and forgotten,’ he says. 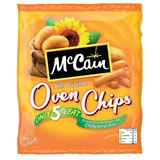 However, some believe that in reality there are precious few truly iconic brands around. Williams Murray Hamm director Richard Murray thinks some brand-owners falsely believe they have to preserve the branding properties of their marques – whereas, in fact, what they need is a radical reappraisal of their packaging. He points to the consultancy’s work for Hovis and Horlicks as examples of this.

Meanwhile, Brandhouse WTS creative director Dave Beard thinks brand-owners have an unstoppable desire to bastardise iconic packaging as they seek to cut costs and save money. His consultancy created iconic packaging for the Blockhead range of suncreams for surfers, he says – colour-coded packs with the factor numbers boldly stamped on and no superfluous copy or information. But, he complains, the iconic nature of the packaging has been watered down over time. ‘It was iconic because it broke the rules. But it has been redesigned to be less iconic, it has been made far blander,’ he says, ‘What makes a pack iconic is that it is very simple and beautifully executed, people “get it” immediately. When you get to that point, it is probably best not to mess with it.’

Craft skills and technical prowess are vital for design