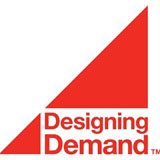 Plans to boost UK business through the use of design and creativity will be kick-started by a £20m national programme for small- to medium-sized enterprises, unveiled by the Design Council last week.

Designing Demand begins an 18-month regional roll-out this autumn and will run initially until 2010, offering businesses a range of mentoring and support services in the use of design and innovation. To run the first national design support programme for businesses, the Design Council has pulled together a pool of about 25 Design Associates – experienced designers and design managers – to provide mentoring and training.

Following more than three years of trials as Design for Business, the programme is a manifestation of one of the major recommendations by Sir George Cox, Design Council chairman, in his report to Chancellor Gordon Brown last year. Cox recommended the uptake of a nationwide Design Immersion programme that would encourage SMEs to engage more fully with creativity and creative resources.

But, despite receiving the full endorsement of the Chancellor, the Government has not freed up any additional money to support the development and roll-out of Designing Demand. It will be supported using the existing funds of the council and the Regional Development Agencies, which have already received the Government’s allocation for business support schemes, according to Cox.

‘It is estimated that, over the period of the programme, the investment will be about £20m, within which some costs will be met by the taxpayer and some by private industry. The RDAs have also agreed to fund some of the costs of the central function, which will be handled by the Design Council,’ adds Design Council chief executive David Kester.

Although the scheme should raise the profile of the design industry among SME senior management, it is not intended as a means of boosting the design industry directly. Instead, the objective is to raise the performance and competitiveness of UK businesses that are increasingly feeling the squeeze of cheaper overseas competition. It will offer four main strands: Immerse, an intensive service for mature businesses, running for up to 18 months; Innovate, for hi-tech ventures; Accelerate, to identify key design projects; and Workshop, for fast practical support and evidence of the benefits of design investment.

‘Around 60 per cent of UK businesses have not brought out a new product in the past three years,’ says Kester. ‘Many are hungry to grow, but they are not educated in design. They don’t have the mindset and this is a big impediment to their growth.’ 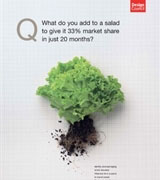 To back up the case for investment, the Design Council has conducted trials with more than 600 manufacturing and technology businesses across the UK since 2002. The impact of the mentoring programme and the resulting work were evaluated externally, with consistently positive results, says Kester. He cites Sheffield cutlery manufacturer Harrison Fisher, which saw an £80 000 investment in branding and design return £800 000 in new sales over a period of just 18 months. The Design Council also draws on its own research, which shows that ‘design alert’ businesses outperform those that do not invest in design (DW 3 August).

Designing Demand launches in the South East and West Midlands this month, with all nine RDAs expected to have the scheme up and running by 2008. About 50 people will be added to the pool of Design Associates in the coming months.