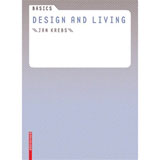 Designer and typographer Erik Spiekermann has redesigned the identity for the Swiss architecture and science imprint Birkhauser Publishers.
Launching at the Frankfurt Book Fair today, the revised visual identity will apply to all of the company’s titles and advertising media, as well as the primary marque itself.

The identity is inspired by the red bookmark strips that are sewn into the books. Spiekermann’s logo places the white lettering of Birkhauser in a vertical red column, referencing both the bookmark and the publisher’s Swiss origins. It will replace the two separate logos previously used by the company.

A colour-based system and consistent layout guidelines will be introduced under the design, with a modern letterpress adopted for publications across architecture, biosciences, computer sciences and mathematics divisions. The publisher is hoping that the refined identity will reinforce the perception of Birkhauser as a brand in itself.

According to the company’s chief executive officer Sven Fund, the corporate identity project attempts to bring the same ‘high-quality standards’ of the content of the publications to the visual identity of the company and its products. ‘We attach great importance to the contents of books and journals published in all our specialised fields and want to implement that in an aesthetic dimension in attractive products,’ he says.

A challenge, adds Fund, was to emphasise the individual character of the different categories of books, while strengthening the corporate identity of Birkhauser. ‘We have bridged this gap and our products – some of which did show their age – will profit from the new corporate design,’ he says.

Birkhauser Publishers is part of Springer Science & Business Media and produces more than 200 titles annually, distributed worldwide. More than 80 per cent are in English. In July this year the company acquired a majority stakeholding in rival Swiss publishing house Lars Muller Publishers, also a specialist in architecture and design.

A century in camera