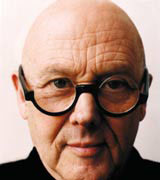 The Fourth Room has ceased trading and is seeking shareholder approval to go into creditors’ voluntary liquidation, which involves the loss of 25 jobs.

The closure follows the group’s recent dismissal of head of imagination Michael Wolff (DW 25 July). Chief executive Piers Schmidt is blaming the demise of the group, which closed its doors last Friday, on the ‘situation’ with Wolff.

In an official statement issued on 29 August, Schmidt says, ‘Recent internal events, which we are not at liberty to discuss for legal reasons, have dealt us the heaviest of financial blows from which we are simply unable to recover.’

He has confirmed that the ‘internal events’ relate to Wolff, who was dismissed in July for ‘gross misconduct’ believed to involve financial dealings.

Wolff, who remains a shareholder, is surprised by the liquidation, ‘I didn’t know it was coming, but I knew things weren’t as good as they might have been,’ he says.

Schmidt says it is now the liquidator’s job to consider the impact of Wolff’s dismissal, who would previously have been assessed as a company asset. Action will be taken against Wolff to seek recovery of funds, he adds.

Schmidt says client work has come to a halt, though he is continuing with a book he was creating on branding. ‘It’s a personal project and we had a deal about personal projects,’ he says. ‘Incomes from books and advances on fees were personal.’