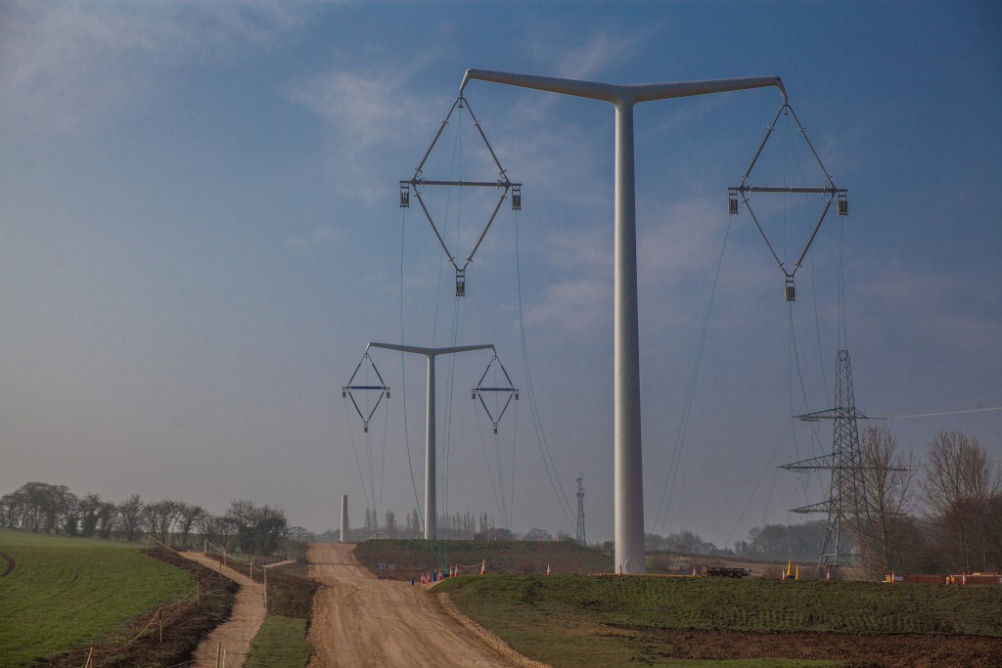 The first new pylon designs for more than 85 years are being installed in the UK in a National Grid pylon scheme. The designs will allow for “sweeping curves” of electricity lines rather than the sharp turns that characterise current pylon designs, National Grid says.

The T-pylon has been designed by Danish architect Bystrup and won a 2011 pylon design competition organised by National Grid, the Department for Energy and Climate Change and the Royal Institute of British Architects.

The T-pylon is the first update to pylon design since the traditional lattice steel pylon was introduced in 1928. There are currently around 88,000 lattice pylons across the UK. 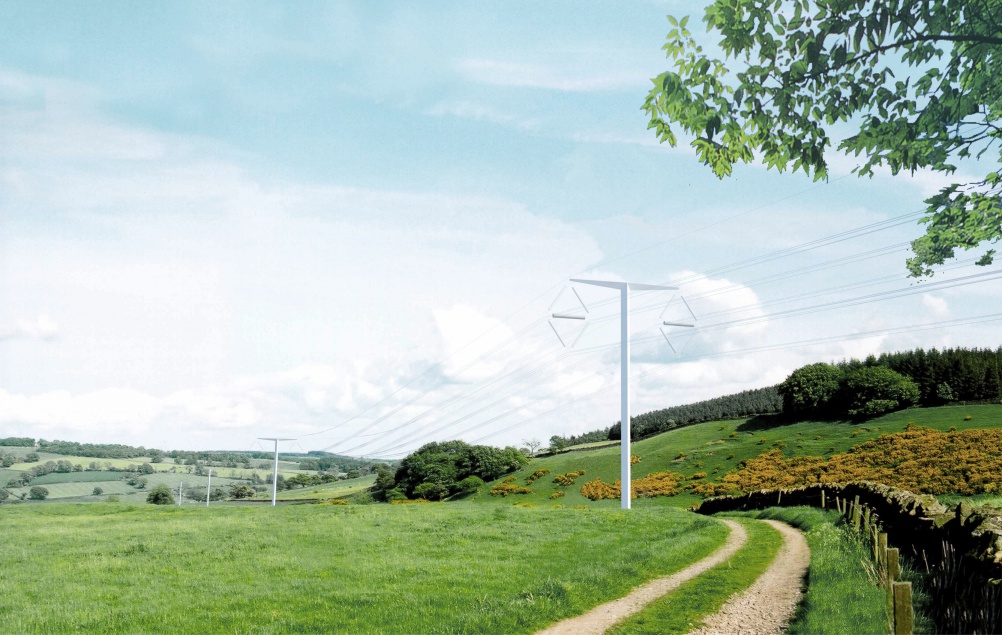 The new T-pylon stands at 35m-high, which National Grid says is up to one-third lower than traditional pylons.

The T-pylon also holds cables in place in a different way to traditional pylons. Instead of being attached to three arms as on a lattice pylon, the T-pylon uses a diamond arrangement to carry the cables off one arm.

Since 2011, National Grid says it has been working to ensure that the design can work in practice – for example standing up to 80mph winds or the additional weight of ice in the winter.

Six of the new T-pylons are now being installed at National Grid’s training academy in Eakring before they are rolled out more widely – The National Grid is applying to use them to connect the new Hinkley Point C nuclear power station to the UK’s electricity transmission network.

“It is designed so that we can route overhead cables by following the contours of the land. Instead of sudden changes in direction that have characterised some routes with lattice pylons, the T-pylon helps us move towards more sweeping curves that follow the landscape.”

Five different versions of the T-pylon are being built at the testing site. There will be two “standard” pylons that carry cables in a straight line, as well as a D30 pylon, which allows for a 30º cable turn and an F10 “flying angle” suspension pylon, which allows for a turn of up to 10º. National Grid says this is the first time a pylon like this has been used in the UK.

There will also be two terminal diamond pylons, which are designed to end a line or take a cable underground, and a gantry terminal pylon.

Wright adds: “We developed the new style of pylon so that we could have a 21st century design to offer as we plan new transmission routes.  The T-pylon is not a replacement for the steel lattice pylon but it’s a new option and in some landscapes its shorter height and sleeker appearance can offer real advantages”. 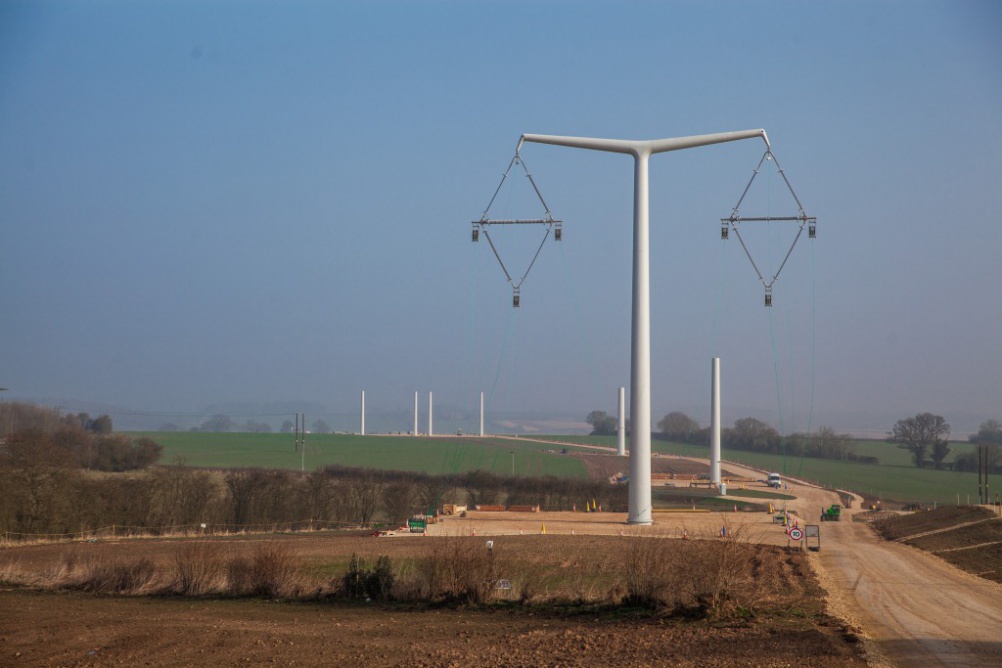 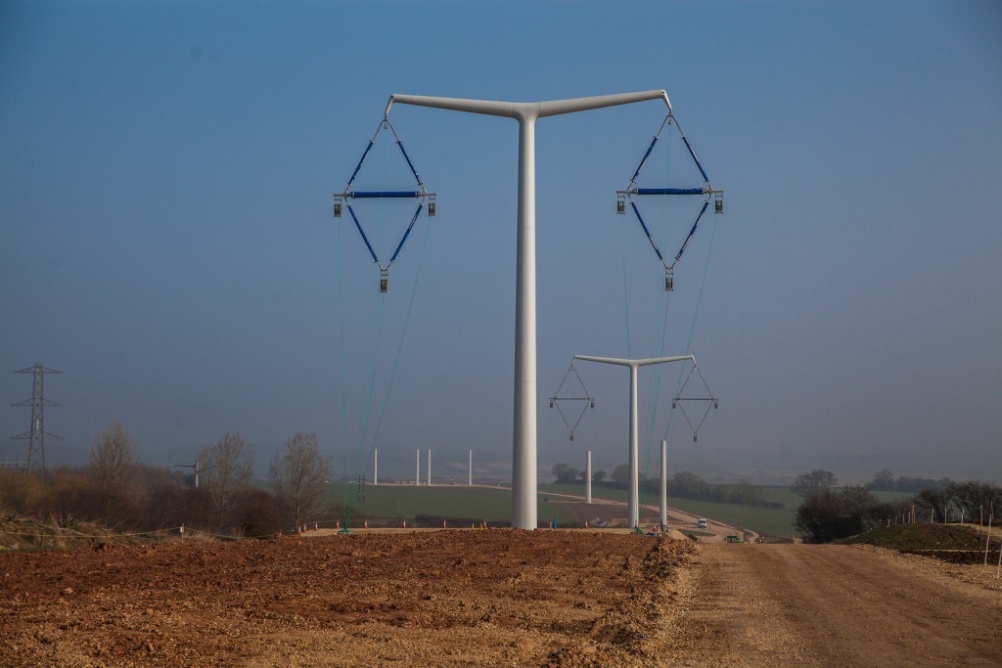 Sir Peter Blake: “We should call up old skills in an age where they are dying out”